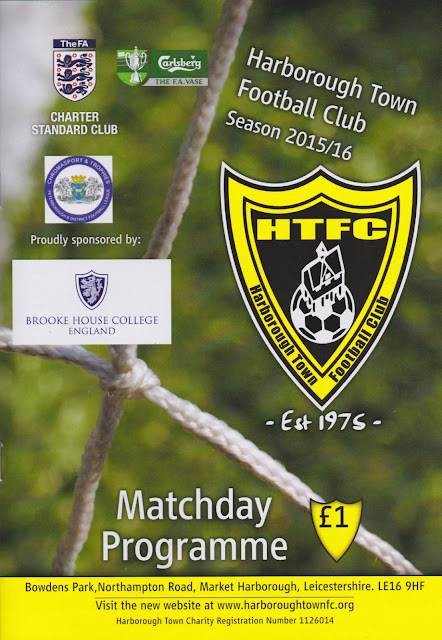 
HARBOROUGH TOWN FC was formed in 1975 as a junior side, but it wasn’t until 2010 that they joined the United Counties League at Division 1 level. Previously they had played in the Northants Combination and other local leagues. Their first season was a big disappointment, with them finishing bottom but a real turnaround for the 2011/12 saw them finish runners up to Huntingdon Town to win promotion to the Premier Division. 3 seasons of struggle have followed, with the club finishing 19th, 17th and 20th, but they have at least staved off relegation thus far and will be hoping to improve in the coming season.

In the FA Cup, they won their first ever FA Cup game against NCEL side Teversal by two goals to one. However, an 8-0 defeat to Mickleover Sports followed and the Preliminary Round remains their best progression in the competition so far. In the FA Vase, they have reached the 1st Round on 2 occasions, most recently in 2013 when they lost 5-0 to Cleethorpes Town after beating Holbrook Sports and Barrow Town in previous rounds. The club has a good record of progressing players to the football league - Chris Carruthers and Richard Stearman played there earlier in their careers, as did England Rugby star Martin Johnson. 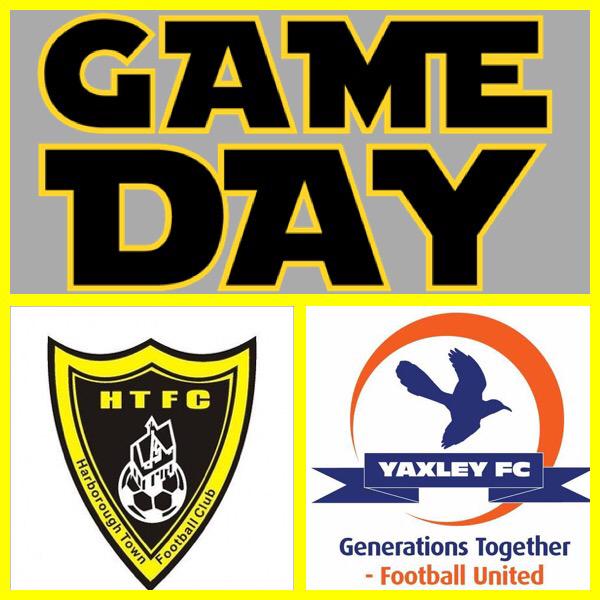 Friday would see the first match of the United Counties and Peterborough & District hop, known this season as the ‘Rutland Hop’ due to the area of the country it was based in. Though I had reservations about doing ‘fields’ in the PDFL I decided to go all in for the Friday and Saturday as Groundhop UK always run their events well and every club was issuing a programme. Even 2 weeks before the event was officially confirmed, I had booked my hotel. I’d only been browsing booking.com on the off chance, bored without football. I found a room in Rothwell for £20 a night which was a right bargain and put paid to any chance that it might be cheaper to drive home between days. On the day of the game, it was a fairly easy day at work and I was out of work by 12, even after I had bought a few bits in my break - including Irn-Bru, grapes, mouthwash and the latest issue of FourFourTwo magazine, which had the season preview guide in. I went home and had a bath, before having lunch. I’d originally planned to leave between 3 and 3.30 but I was getting itchy feet and thought that a bit more time to relax and have a look around Harborough before the game might be nice. So after having a quick check online, and also watching England (hopefully) beat the Aussies in the cricket, I was on my way by 2.15. The journey started off well, but then there was 30 minutes delay on the M1 for seemingly no reason at all. At least I had the pleasure of England confirming their victory in the Ashes. I got to the pleasant market town of Rothwell where I was staying around half 4. After checking into a small but nicely decorated room for the bargain price of £20 a night I chilled for a bit before leaving at 5pm. I earmarked a pub that was supposed to be good for cider for later before driving the 7 or so miles to Harborough Town FC. 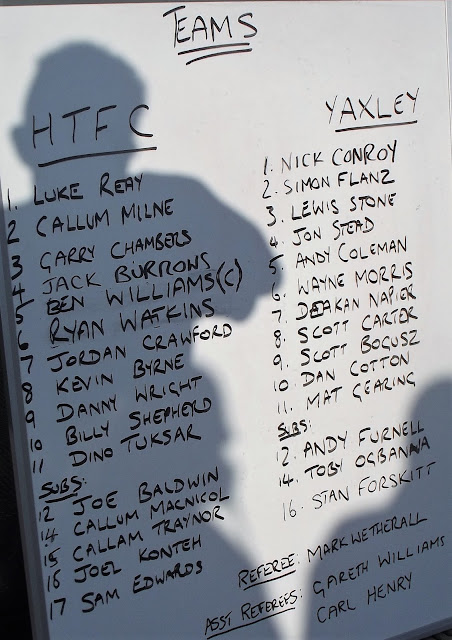 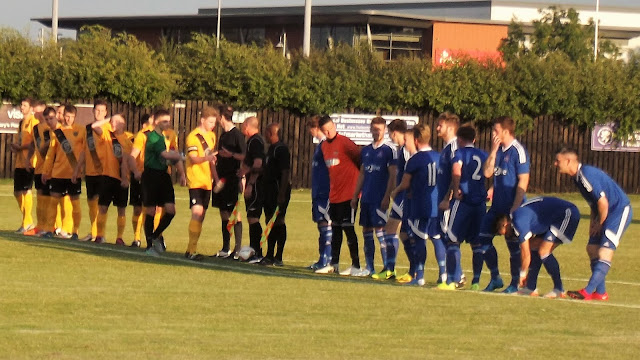 I arrived at 5.10 and walked the mile into town. I'd already planned dinner at The Sugar Loaf, the town's Wetherspoons. I ordered myself a double Mexican burger but annoyingly there was no mobile Internet access and the pub's WiFi was not working. I saw my mate 'Sussex Hopper' (Luke) who I'd last seen at Rushden &  Higham v AFC Rushden &  Diamonds. At least I got the chance to type my blog while I drank my Stowford Press and waited for my dinner to arrive. The burger was nice enough without being exceptional and at least it was good value at £8 with a pint, even if they were a bit parsimonious with the chips. After I'd finished my dinner, I chatted to Sussex Hopper and another mate, Richard. I had half a Strongbow as there was nothing else on before getting a lift back with the lads. I got back to the ground around 7.10. After going in, I picked up my programme pack and went and chatted to fellow hoppers Jack, John & Tony while I waited for the game to start. The mobile Internet was still totally pathetic and I could hardly view anything. Later on, it recovered though as I met several other hoppers. The game was a fairly decent contest and a good start to my competitive season. The home side drew first blood very early on when Danny Weight turned in from close range. It was all square on 9 minutes - a good ball was threaded through to Dan Cotton who slotted past the out of position Dan Reay to equalise for Yaxley. 2 further goals in the second half, both from Mat Gearing wrapped the game up for the visitors. Yaxley will have enjoyed their experiences on the hop - for the second year in a row they have won the game that they played in 3-1, last year at home to Long Buckby who ended up being relegated. Conversely Harborough Town have played on the opening game of both hops and lost twice. Overall the result was a fair one, with Yaxley much the better side. 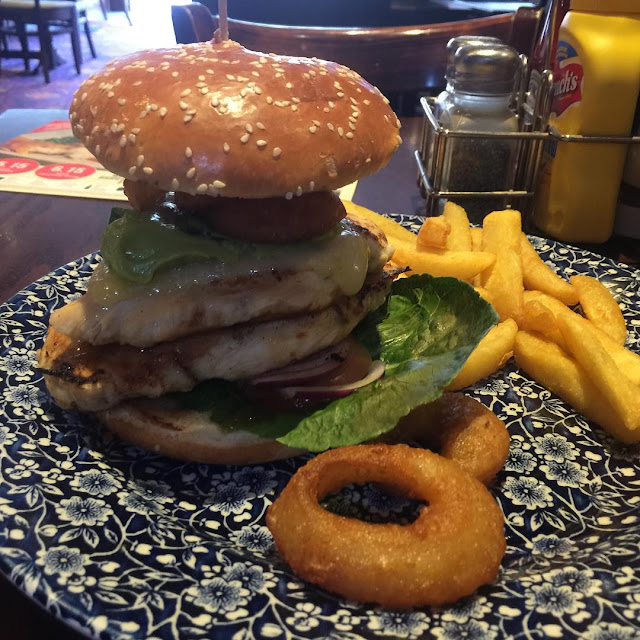 After the game it was a nice easy drive back to Rothwell. The town is very car friendly, a complete rarity in these days of double yellow lines and crazy parking charges. People were taking advantage of this and with all the car parks full I had to park in a side street. Towns all over the UK could learn from Rothwell as business was booming on this Friday night, and it was a pleasant convivial atmosphere. After parking up I went to the excellent Rowell Charter Inn which had 2 nice ciders on. Janet's Jungle Juice was the one I opted for, having only had it once before, though the other one, Black Dragon was one of my favourites. However I opted to go back to my room to have some stuff that I'd bought with me. In this case, it was a German Applelfwein one and it was a good job I had it, as the live band was on, with no chance of me getting to sleep. Lionel Richie's 'Dancing on the ceiling' was one of their repertoire. I had about half the bottle before watching Coronation Street and going to sleep around 1am. 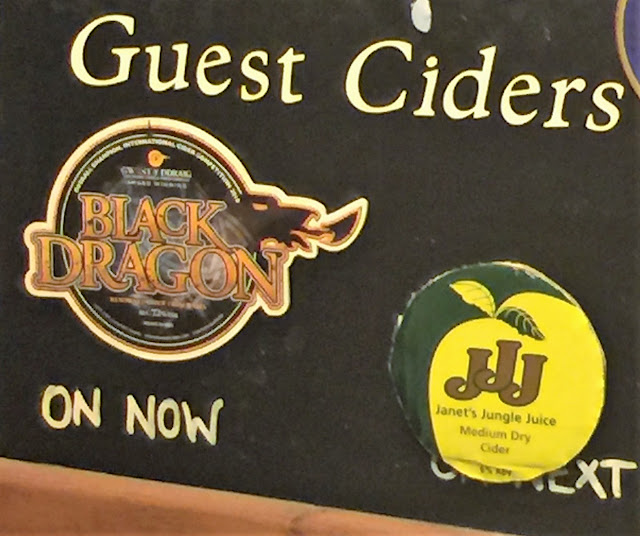 BOWDENS PARK is a basic non league ground, very similar to Huntingdon Town, though in this case only 3 sides are accessible to the public. The majority is open flat standing with the cover being made up of around 70 seats split over 2 metal stands. The bar and tea bar are pretty decent with a good range of food and drink, or if like me you prefer a bigger range, the town is around a mile away and easily walkable in 20 minutes. 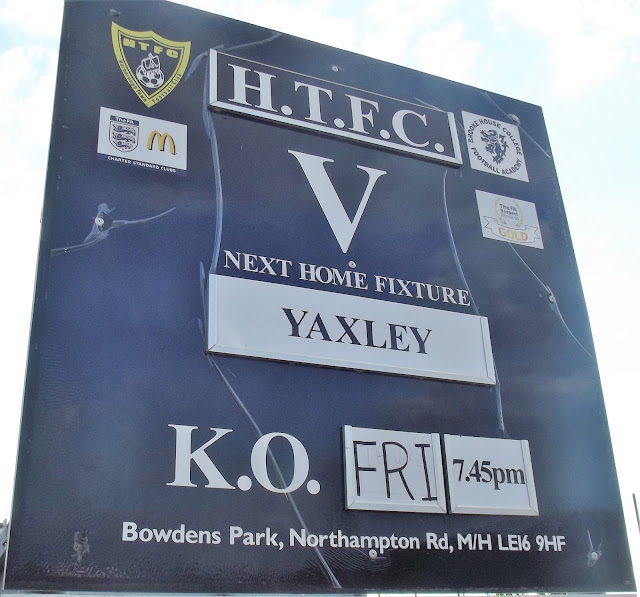 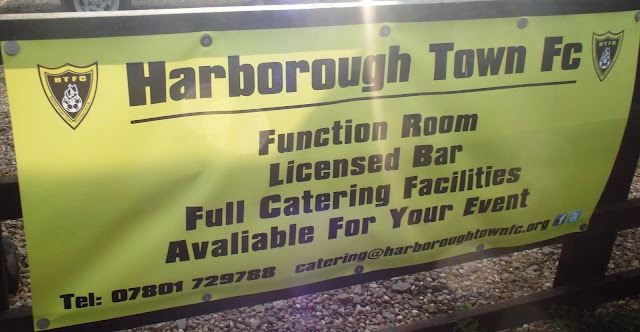 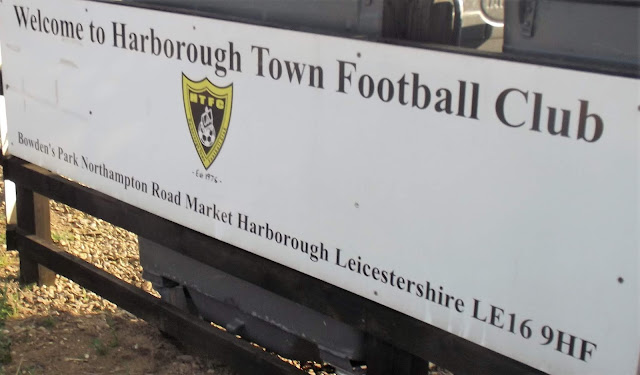 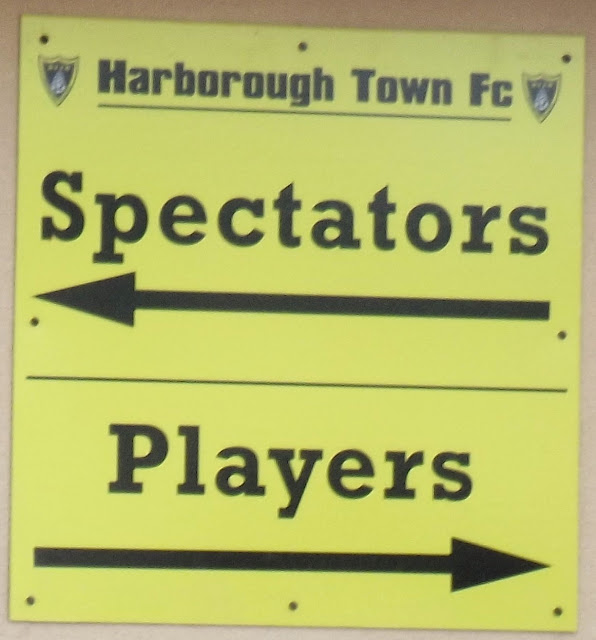 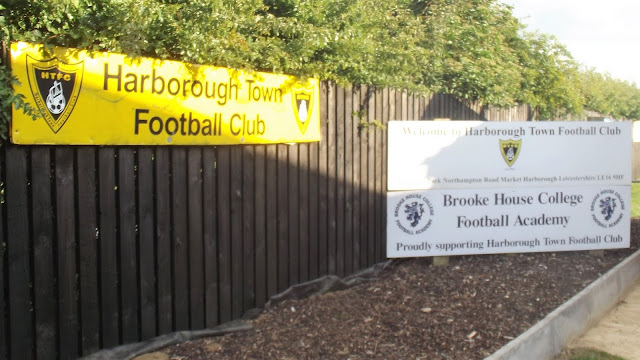 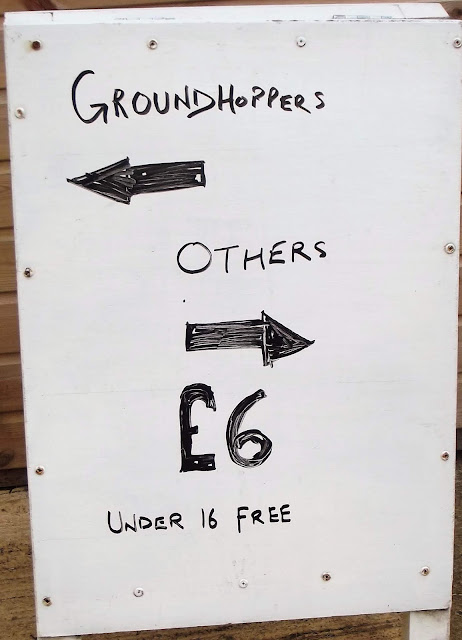 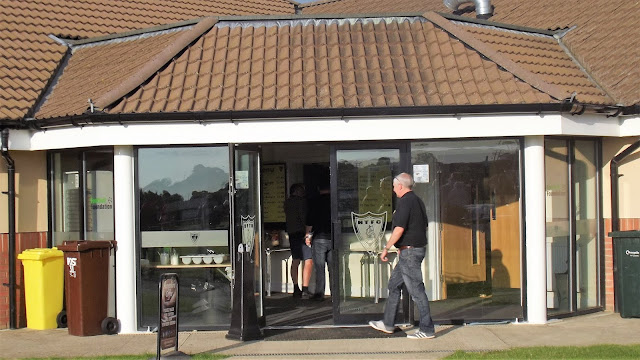 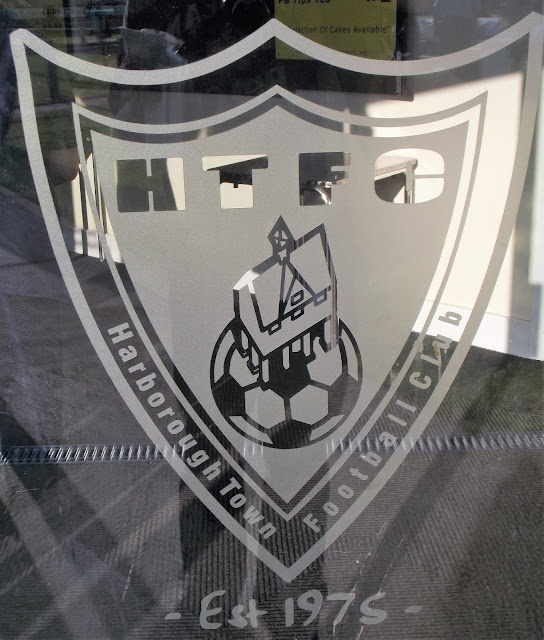 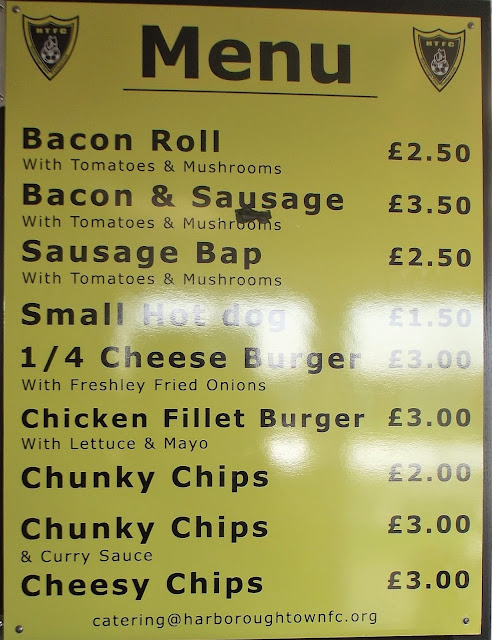 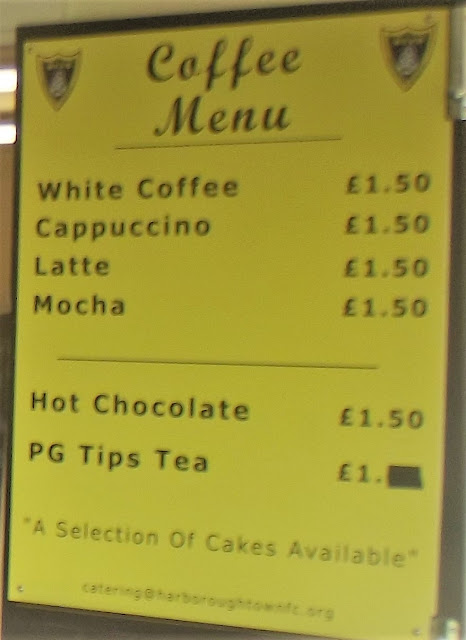 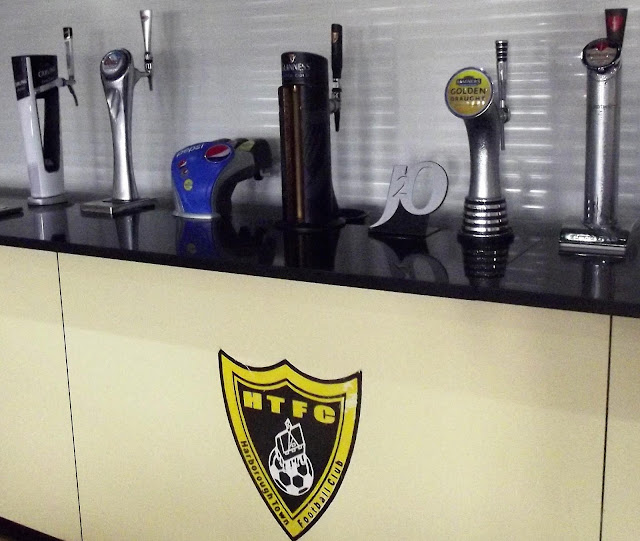 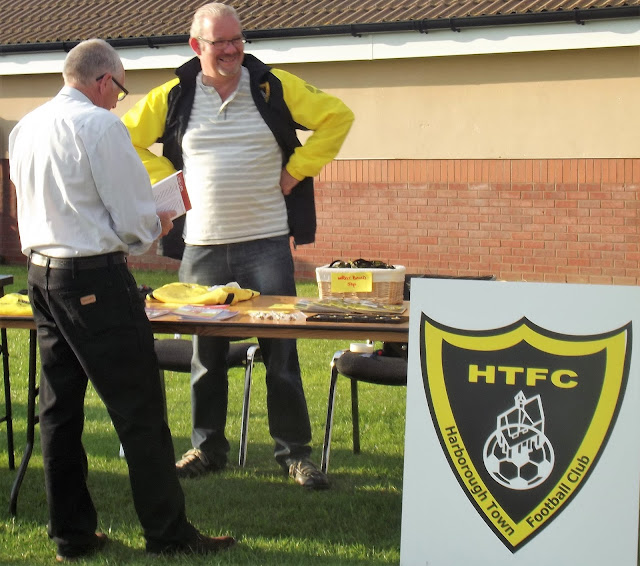 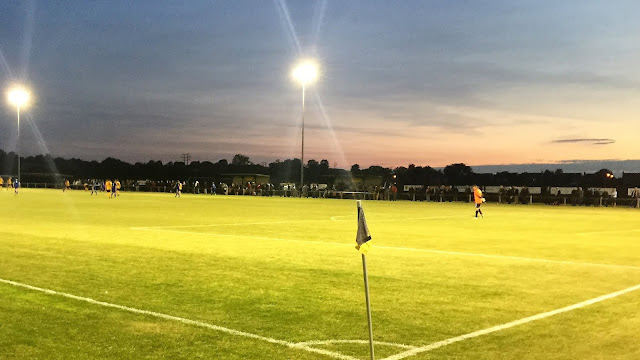 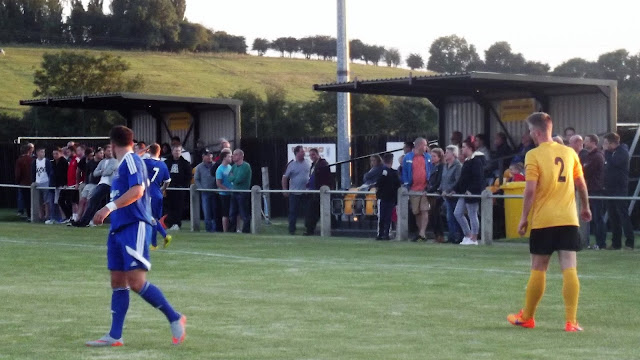 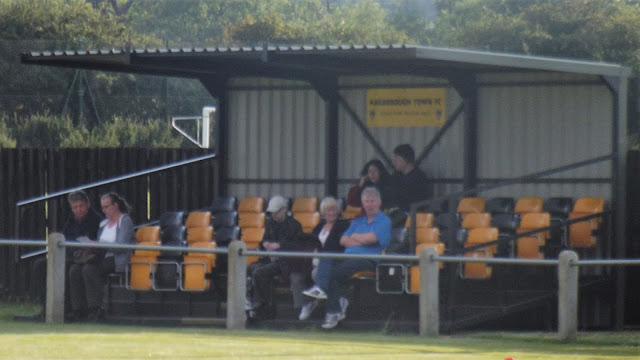 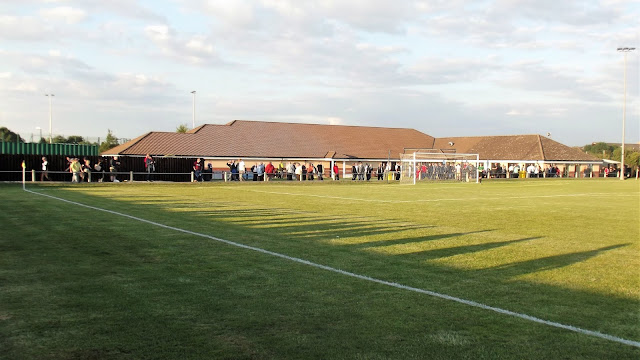 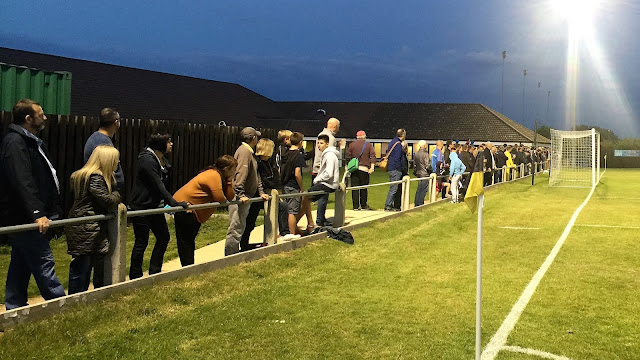 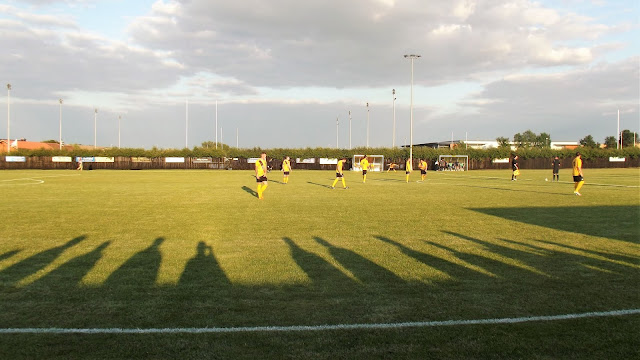 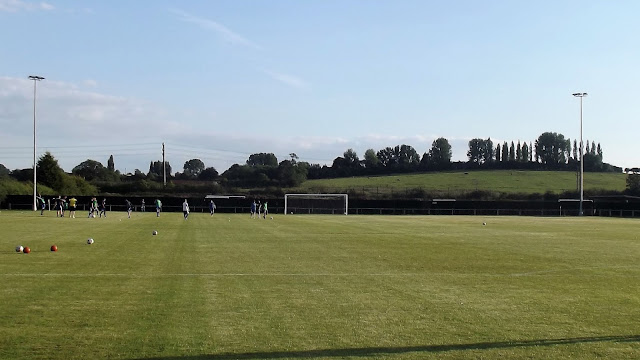 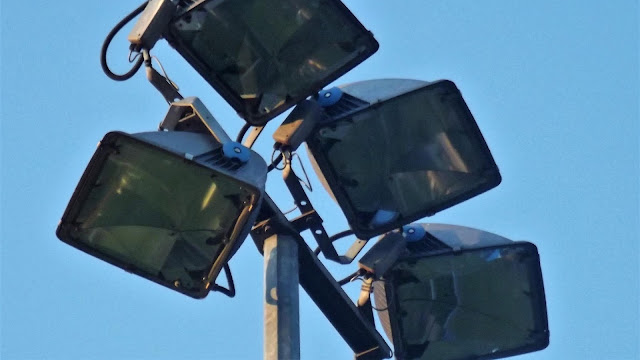