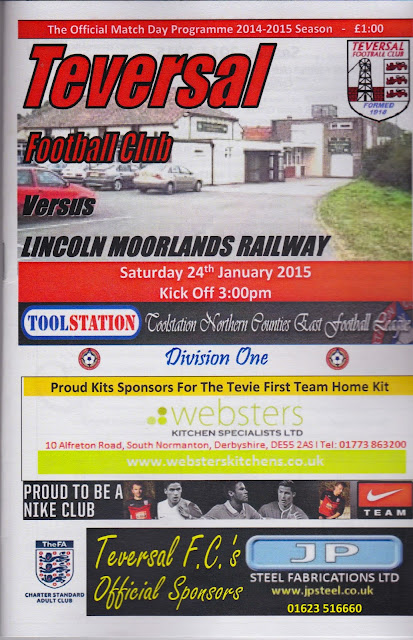 The big news coming out of Teversal this week was that they were fighting to save some of their facilities - more info and petition HERE. The local council were planning to knock down the building, used by 4 sports clubs. In turn, they were jacking up the rent that they would charge the clubs, who already find it tough and do a good job balancing the books.

The club was formed in  1918 and played in local leagues, including the Central Midlands League, up until 2005. That year they joined the NCEL D1 and have remained there ever since. They had a best-ever finish of 10th in 2008 and 2012. Last season they finished 15th, and at the start of the game were just below that in 18th. They had never really had a good run in any of the FA Competitions, reaching the Preliminary Round of the FA Cup and the 2nd Qualifying Round of the FA Vase. 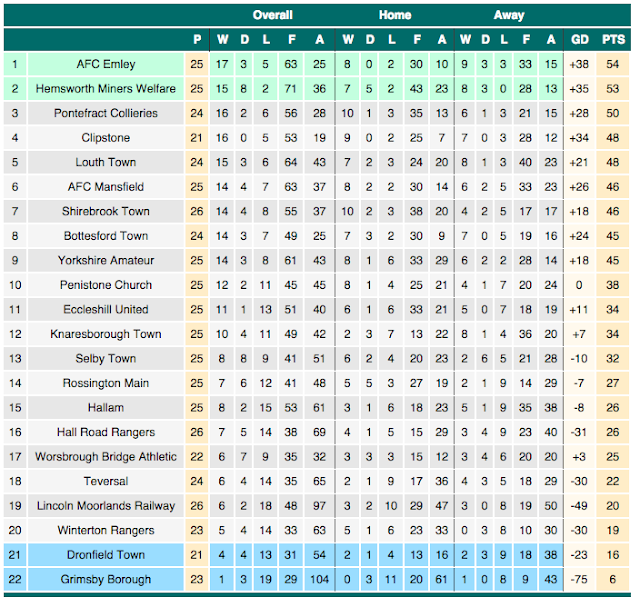 Originally on this day, I was all set to go to Mansfield Town for a rare away game with Wycombe. This was for 2 reasons - the main one of which was that I could go on the Independent Supporters Coach and go to an excellent pub in Ashover called the Old Poets Corner, which had 15 ciders available. But my parents would not be attending due to being on holiday, and although it was fantastic last year, I didn't fancy going on my own. The other reason was to see my mates who support the Stags, and as I had arranged to drop mates off at the game I could do that beforehand. So why my reluctance to visit Field Mill and see my team play? After all, I had only done a few away games this season due to my groundhopping, and Mansfield was one of the best away days in the league. They had also saved our skins last season, by beating Bristol Rovers on the last day of the season, which sent them down instead of us, a result for which we will be ever grateful, especially considering how well we have pushed on this season. The answer was Mansfield Town's draconian ticket policy for away fans. For some reason, they had a rule that meant that away supporters could not purchase tickets on the day of the game. That's right - unless you bought in advance, then if you turned up at the gate on the day, then they would refuse point blank to let you in. From what I understand the reason for this, is that the authorities, namely the 'safety advisory committee' have declared that they would on offer the club a reduced capacity safety certificate. This meant that you had to chance it, if anything changed last minute, then you had done your money. A totally disgusting way to treat a customer, and whatever half bake decided this was a good idea needs their head looking at. I certainly wasn't going to dance to their tune, especially as one of the mates I was giving a lift too was ill in the week, and not 100% certain to make it.

So where to go instead. If I had not been going to Mansfield beforehand, then the go to choice would have been Heanor Town which has a nice range of pubs and eating places nearby, so I decided to save that for another day when I could take better advantage. Also dismissed was Shirebrook Town, as I was due visiting them later this year in the NCEL hop. So after looking at some other options, including Dronfield and Retford, I decided to go for the nearest - namely Teversal v Lincoln Moorlands Railway in the NCEL D1. The weather looked OK for that area, but even so, I had a list of backups prepared, especially after the late postponement of my game at Pontefract last week, which resulted in a mad dash to Garforth. On the night before the game I had a few drinks and welcomed my parents back from holiday. It was nice to see them again, especially when they bought back some duty-free Bacardi which went great with my Irn Bru. I had spent an hour beforehand compiling a list of alternative games, should my first choice at Teversal be off. I also watched the game between Cambridge United and Man United which turned out to be decent.


On the day of the game, I woke at 7.10am and after watching TV for a bit I had a bath. Leaving home at 9am I had to stop for fuel before picking Paul and Sue. We had a good journey up and were happy to see that soon after setting off Mansfield v Wycombe was on. We got to Mansfield just before 12 and I was happy to see that Teversal had confirmed 'game on' on Twitter. For lunch I went to a Wetherspoons pub called The Court House, having a pint of my favourite Black Dragon cider and a Haggis burger. It was very nice and after that, i popped along to the Beer Shack to get 2 pints of Springherne Tremletts cider to take home for MOTD tonight. I also had a half of Rogers cider, which was the weakest one on offer. After that, I spent a while looking around Mansfield, getting a couple of games for PS2 and some stuff for the game. I even picked up some more new fruit ciders to take with me too, only a quid each as well from Home Bargains.  To be honest, at this point I would have abandoned the groundhop and gone to the Wycombe game, as I’d had a change of heart around 6.30 last night. But because of the aforementioned ticket policy, I was not at liberty to do so. In any case, I was really looking forward to the game I was going to. I left Mansfield at 2.10, and then from there, it was only a 15-minute drive to Teversal. I got to the ground, and as I walked in I was greeted by the sounds of the team news from the Mansfield v Wycombe game. That was because the club was playing the local station Mansfield 103.2 over the tannoy. Unlike most local stations, these had not been taken over by the bland and uniform 'Heart' franchise. They were providing excellent coverage of the local football scene with news and reports from the games involving Clipstone, Shirebrook, Rainworth Miners Welfare and AFC Mansfield. There was also someone from Teversal reporting in and it made a refreshing change to most music-based stations who barely acknowledge their local league side, let alone the smaller non-league outfits. 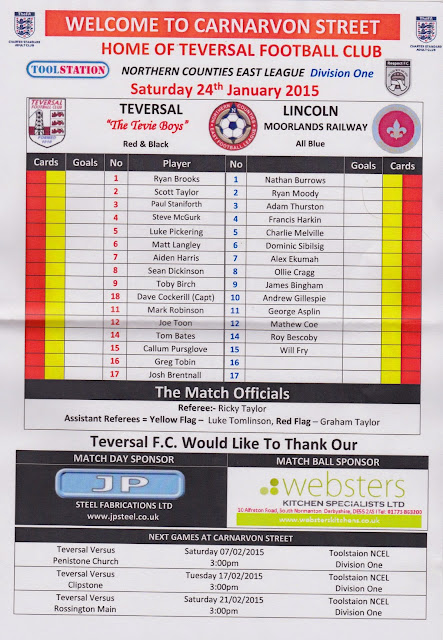 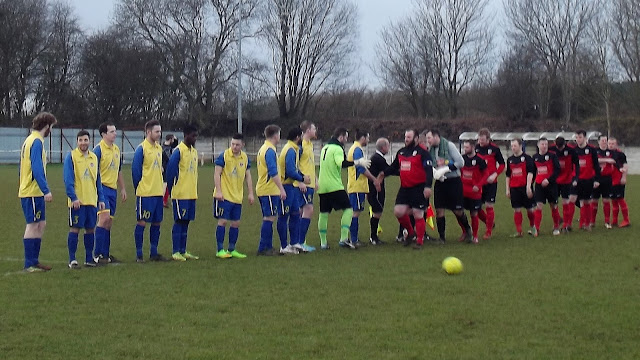 I'd paid £5 to get in, plus £1 for a smart and well-produced programme. As there was time to spare until kick off I went into the bar and watched some of the Blackburn v Swansea game which the home side won 3-1. I also caught up on Facebook as well as checking news of other games. I met a couple of friendly dogs and the people at the club were also great, making me feel really welcome which is typical of the NCEL, and why I am such a huge fan of the league. About 10 minutes before kick off I went outside and got a teamsheet as well as getting a video of the teams being read out. I spent the game chatting to various people, most interesting of all a Sheffield United fan who was also a referee and was at the game doing a bit of groundhopping, after his first choice at Dronfield was called off. Later on I got some chips from the tea bar which were OK but nothing special. I also saw in the programme that both teams were struggling for form, so one way or another, a bad run would be ended today. It was a fairly comfortable victory for the home side, with Lincoln Moorlands Railway not creating much. The scoring was opened on the half-hour mark when Toby Birch finished from close range. The lead was doubled just after half time through Sean Dickinson. The match was all but over and the victory was sealed when Greg Tobin converted a penalty 6 minutes from time. It wasn't a classic, but it was decent enough, and it was a shame there were only 34 people to see it, as this friendly club deserve better. 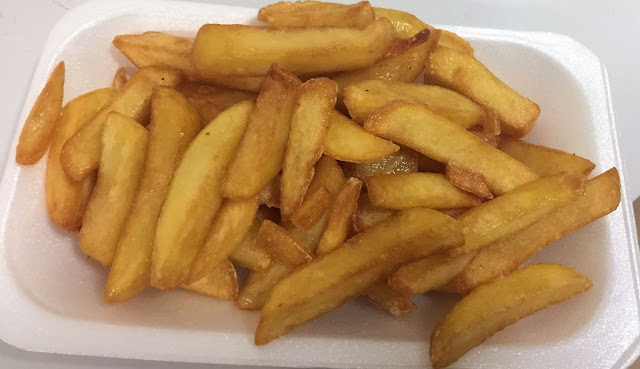 After the game, I drove the short distance back to Mansfield to pick up Paul and Sue. On the way back, I listened to the radio and heard that Wycombe were lucky to get a 0-0 draw in the game. This was confirmed by people who had been to the game who said it was one of our worst showings of the season, so I am glad I made the decision to go elsewhere. After a good journey home with a break at Warwick services, we got back to Wycombe at 8PM. After dropping Paul and Sue home, I was back myself 20 minutes later. I spent the evening catching up on the internet and playing a bit of Football Manager before enjoying some of the cider I had bought with Match Of The Day. 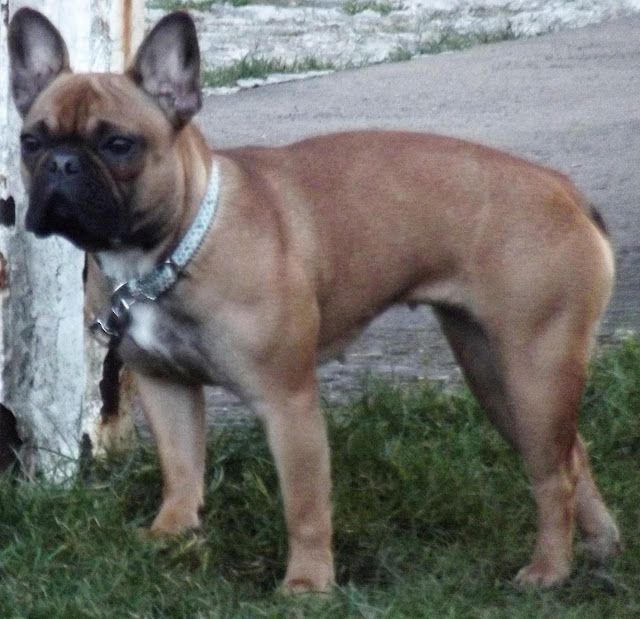 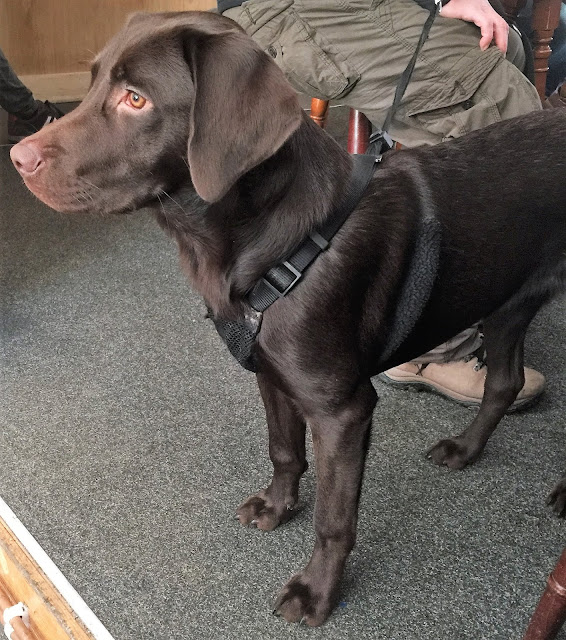 CARNARVON STREET is a decent enough ground for a step 5 or 6 club. There are just the 2 areas of cover though. Firstly a seated stand holding just under 100 people. The other area of cover is one of the strangest and most unique in football. Situated behind the goal it is basically a Tesco trolley shelter! In any case, it does the job. The rest of the ground is open hard standing. The bar is smart and modern and offers a good range of drinks along with showing the footy on big screen TVs. The tea bar offers a good range of food at decent prices as well. I'd certainly recommend a visit here, they are a really nice club who will give you a great welcome. 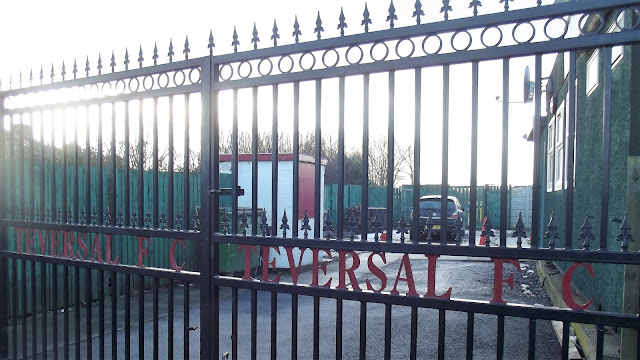 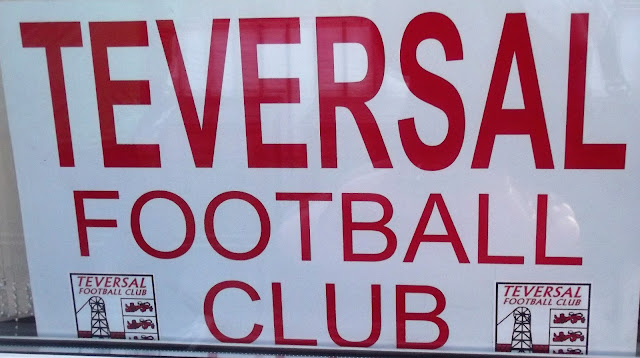 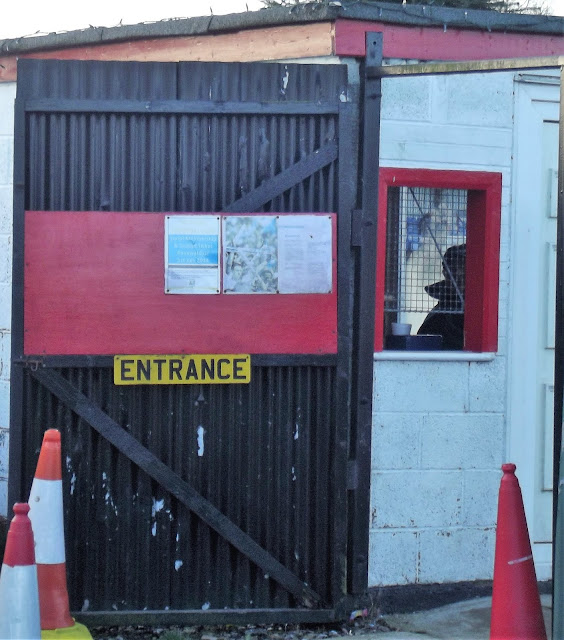 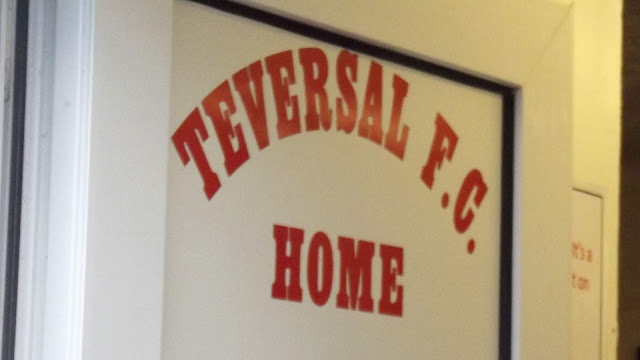 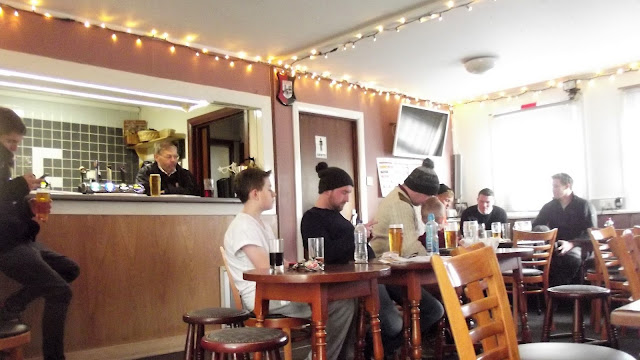 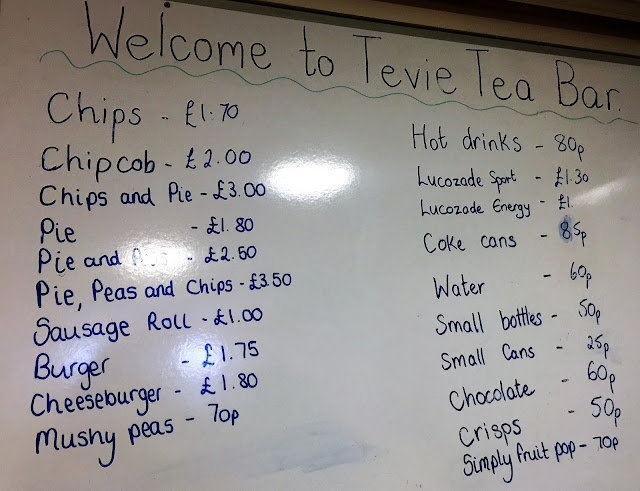 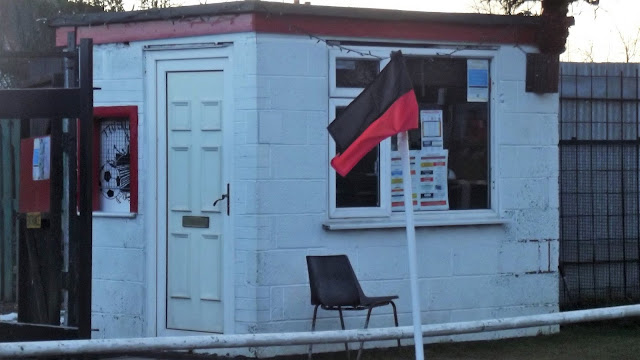 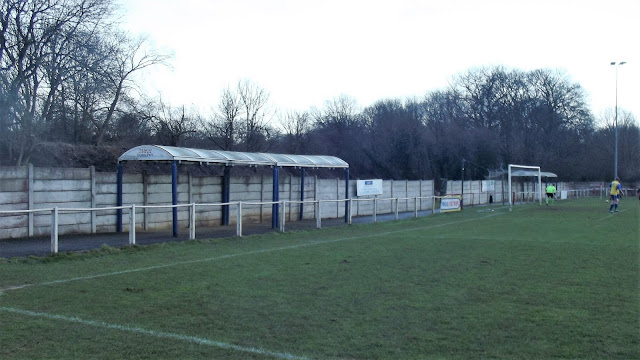 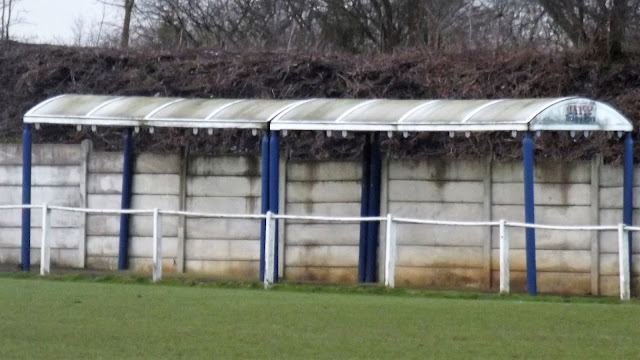 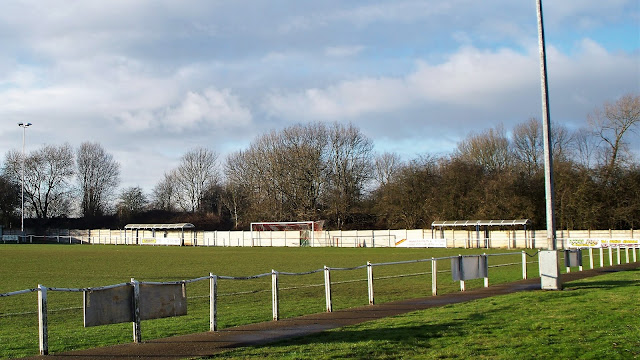 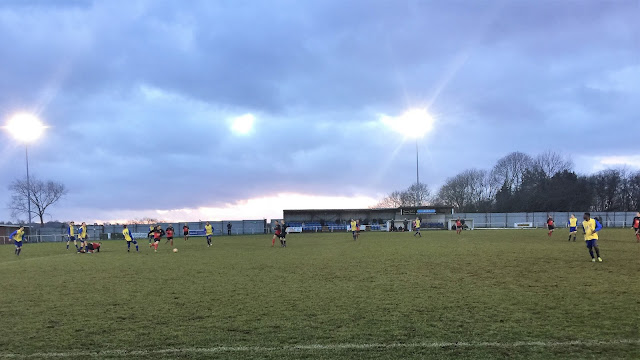 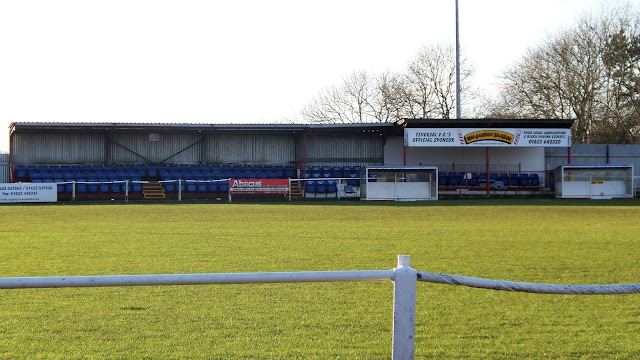 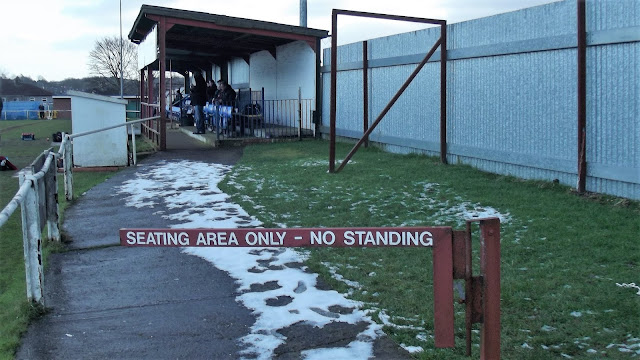 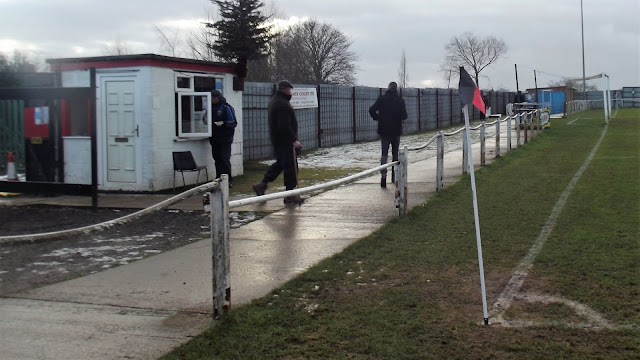 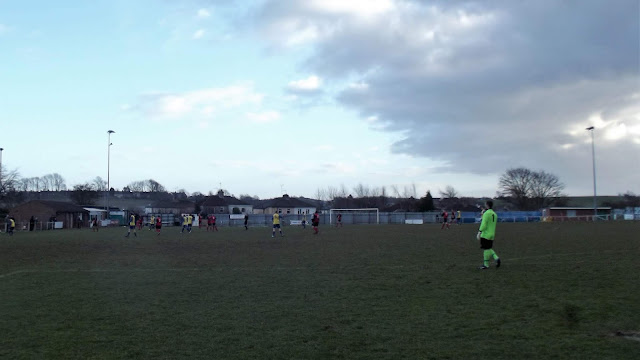 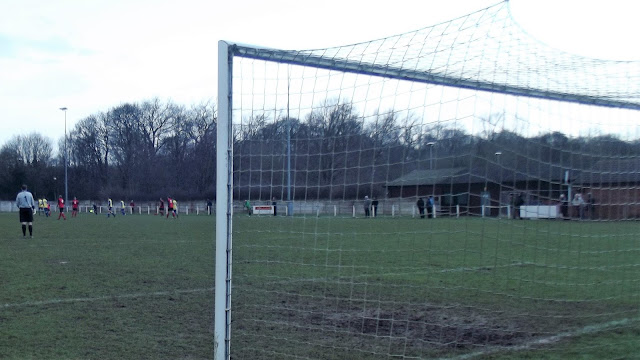 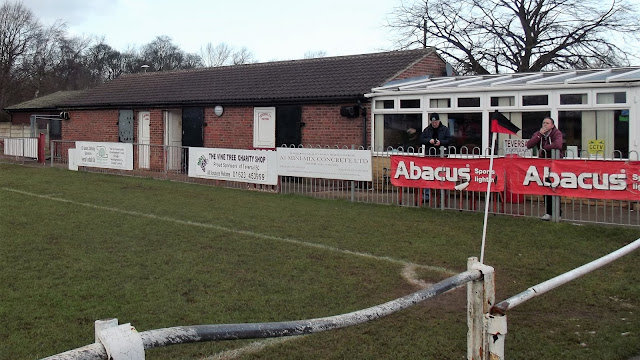