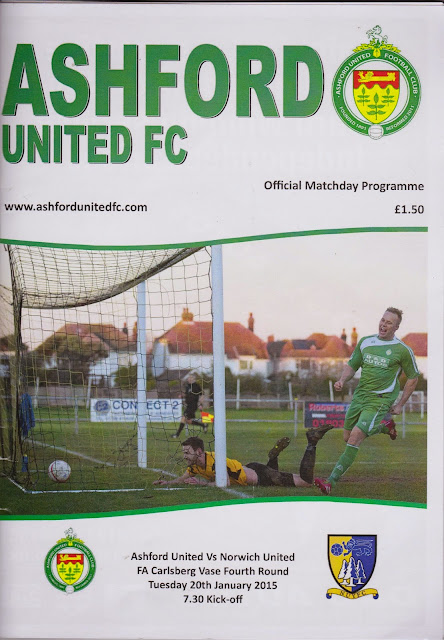 In its current incarnation, the club was only founded in 2011. They spent their first 2 seasons in the Kent Invicta League, finishing 5th and 3rd. For 2013-14, they joined the Southern Counties East League which was a step above in terms of the football pyramid. That was last season and they had a brilliant debut season, finishing runners up behind winners Whyteleafe. They also reached the last 32 of the FA Vase and the final of the Kent Senior Trophy. That's only a tiny part of their history though. The original club was formed in 1891. They played in local leagues, including the Kent League up until 1959 when they joined the Southern League. Apart from a few seasons in the Premier Division, they spent most of their time in the second tier, transferring to the Isthmian League in 2004. Their best ever finish came in 1988, when they finished 12th in the Southern Premier, which at the time was at step 2 of the non-league pyramid. They were known as Ashford Town during this time but in 2010 the club went bust due to financial issues and had a season out of football while the new club was formed.

The old club had some great FA Cup runs over the years. They have reached the FA Cup 2nd Round on 3 occasions, most recently in 1996 when they lost 5-0 to Watford. A few years before that they took Fulham to a 1st Round Replay and in the process had a record crowd of 3363 at Homelands. At their old stadium, they nearly doubled that when 6525 packed into Essella Park for a 1959 FA Cup game against Crystal Palace. They reached the FA Trophy Semi-Final of 1973 and have won a huge number of local cups. 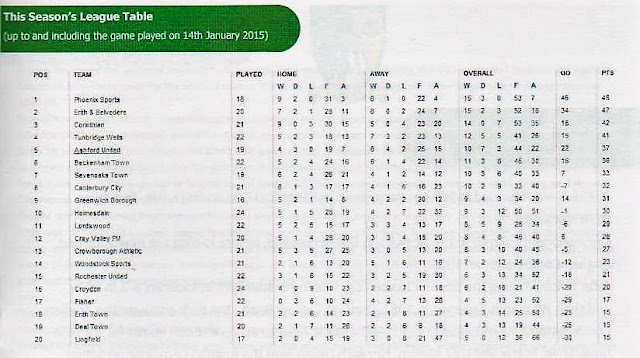 On the day of the game, I woke up at 7.30 having had a good 11 hours sleep. It was extremely rare for me to be off to sleep so early, especially with a decent episode of Corrie on, but I was pretty tired. I awoke to the sad news that Anne Kirkbride, who played Dierdre in the soap had died. I watched some more of the breakfast news before checking out the latest news online and having a bath. After that, I watched last night's Corrie and some Youtube videos. I had been wanting to get my car washed for weeks, but each time I had been thwarted by the weather. This time though, when I went down town I was in luck and it got a much needed freshen up, inside and out.  I also got some other bits, including stuff to take with me for tonight's game. I came home and had my lunch. I spent the afternoon checking all of my intended fixtures. Having the list on a notes app in my phone was great, but even better was being able to edit it on my iMac as the tweets came in concerning the games. First choice for myself and Anwar was the Lincolnshire Senior Cup game between Stamford and Spalding United. I had seen Stamford play at their old ground about 18 months back and had recently seen Spalding United thrash Coalville 5-1 in a Doodson Cup game. However, with the temperatures being very low, I had a list of backups and we would check Twitter again before we left Aylesbury at 4PM. 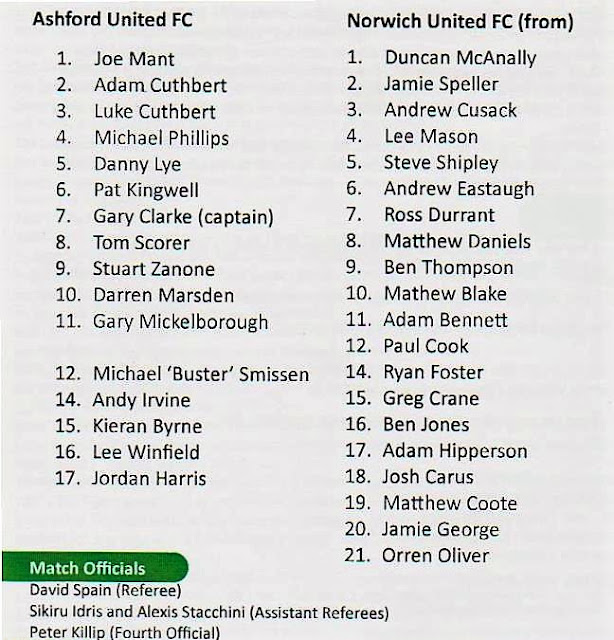 As I was leaving home, I noticed an oil warning light come on my car's dashboard. Knowing that this was not the sort of thing to be ignored, but also knowing that I didn't have any of the right oil at home,  I drove to Anwar's as normal, but then also straight to Halfords to get some oil. They tend to be a bit more expensive than other places, but it was the easiest and safest option. I was delighted to see that they would check and top it up for you for free, as I was not 100% sure and was happy to get a second opinion. It cost me £20, but the service was excellent, and it put my mind at rest. We'd had to put back my departure time by half an hour as I had to wait 20 minutes for the engine to cool down to test the oil. This turned out to be a blessing in disguise as at 4.02PM Stamford called their game off after a second inspection due to a frozen pitch. Carlton Town were still giving it the go-ahead, but knowing that the temperature was the same as Stamford, I decided against it. It turned out to be the correct decision as it was called off at 6.30, as was pretty much everything that was north of Northampton. I knew it would be warmer down South, and so for the second week in a row, I would be going back on myself past near where I lived, rather than heading north. I had initially dismissed Ashford Town v Norwich United as it would mean me having to pay quite a bit more in petrol, plus having to brave the ever unreliable M25. But it was by far the most attractive option, plus I had checked and the forecast for there suggested that it had a high chance of being on. I would have Anwar check Twitter along the way, but as we left it was game on. We made a good start, even on the first few junctions of the M25. But predictably as soon as we hit around Heathrow, it all snarled up, proving once again that the stretch of road around there is not fit for purpose. There was further delay around junction 8 too, as someone had an accident on the slip road, but from then we made great time, going up the M26 and M20 with no issues. We eventually got to the ground at 7.15, having suffered around an hours delay on the way. The match was not in danger though, and we even got a nice welcome from a group of the home side's fans. I paid £7 to get in, which was one of the pricier step 5 ones I have done this season. I also paid £1.50 for one of the thinner programmes I have had this season, but as a plus point, it was well presented and had a decent amount of reading in it, with not many adverts. I was cold, so I went into the bar and warmed up, having a pint of Somersby for £3.60 while I was up there, which was slightly above average. This was balanced out by the tea bar though, which was great value. I had a generous, freshly cooked and very tasty portion of chips for £1.50, plus a small sausage roll for just 50p which was also very nice. After I had scoffed that, I walked around taking pictures of the ground, before settling down to watch the game. I'd noticed on Facebook that my mate Louis who supports Hythe Town and Gillingham was there, so I was hoping to see him later.

It was 6th in the Southern Counties East League v 1st in the Eastern Counties League. I knew the visitors' competition to be one of the better quality step 5 leagues having seen 3 games in it so far this season. Norwich United had won 18 of their 20 league games in that league, whilst Ashford, although on a good run had not played since December 27th due to the weather. The hosts started brightly and had the first couple of chances, but gradually the visitors took control. Norwich United took the lead from the penalty spot after 10 minutes with Matty Daniels doing the business. They tended to be a very direct side and Ashford struggled to cope with this. Paul Cook added a second on 20 minutes and a brace from Matty Blake put Norwich 4-0 up at the interval. It had been pretty one-sided, but not by a 4 goal margin with ropey defending and keeping to blame for at least 2 of the goals. The home side improved after the break but they couldn't break their opponents down. In the end, it was Matty Daniels who got his second and his sides 5th to complete a comprehensive victory.

Luckily I was able to chat to my mate Louis for the last 10 minutes of the game and it was good to meet him after chatting on Facebook. I certainly plan to go and see his team Hythe soon as the ground is a cracker and it would be good to have a longer talk. I met Anwar back at where we had been sitting and as we walked out we noticed someone else in a Wycombe hat. It turned out he followed us despite living in Ashford and had a half-season ticket until the end of the season. It was quite a late departure due to the game finishing at 9.50. The journey started off fine, that was until we got to the roadworks at the Dartford crossing. The long-running roadworks for a simple job delayed us by 35 minutes as a massive amount of people were squeezed into one line, and forced to go single file through the toll booth, which opened and closed for every vehicle, despite the new 'quicker' payment method being in place, and there being no charge after 10PM. It was ineptitude in the extreme and a complete disgrace. This really set us back, and as a result, I dropped Anwar off at 12.05am. What with going a different way for each leg of the journey, I had done a complete circuit of the M25 today, and also on my way back home, I took my car over 100,000 miles. I got in myself at 12.25, getting to sleep about an hour later. Then about 2.20am, I was woken by a smoke alarm which had been going off randomly over the past couple of days. Content that the house was not burning down, I took it off the wall and locked it in the conservatory where it would not disturb me. It left me with very little sleep though, what with me up at 4am for work. 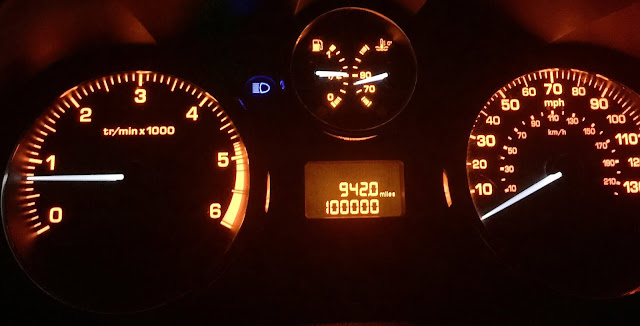 HOMELANDS is one of the better grounds at step 5, being smart and modern, having been built in 1989. The main stand holds 500 but looks bigger, this hosts all the hospitality facilities, even including a number of executive boxes which is most unusual at this level. There is cover behind both goals, probably for about 800 in all, while the overall ground capacity stands at 3200. There wasn't a club shop that I saw. The bar is pretty big and offers the usual range of drinks for a clubhouse. The best thing though is the tea bar which has a decent range of food at good prices and was useful due to us getting their late. Higher league clubs Margate and Maidstone have both shared here in recent times and I'm pretty certain it would be fine for step 2 football. 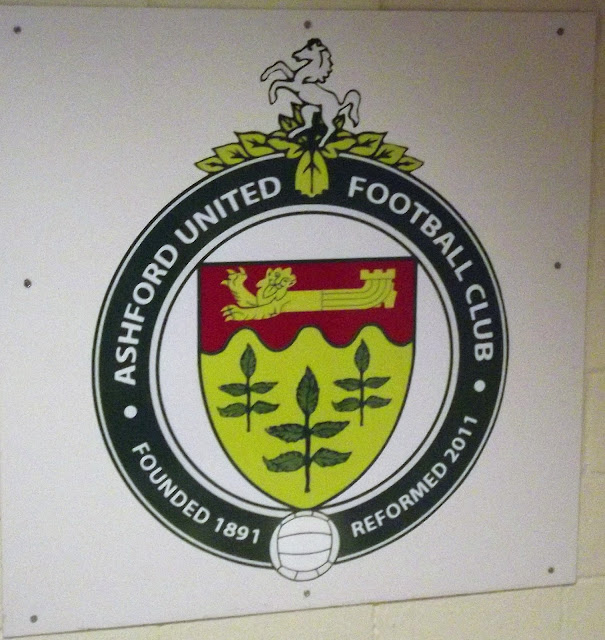 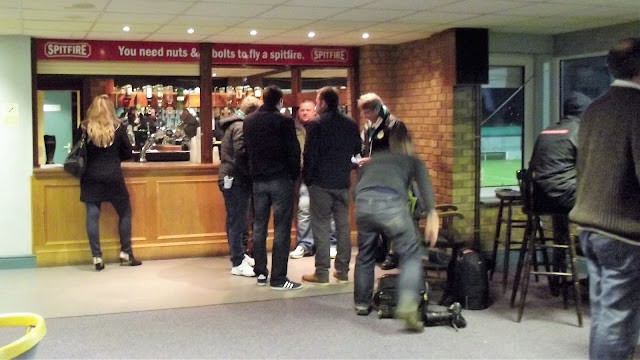 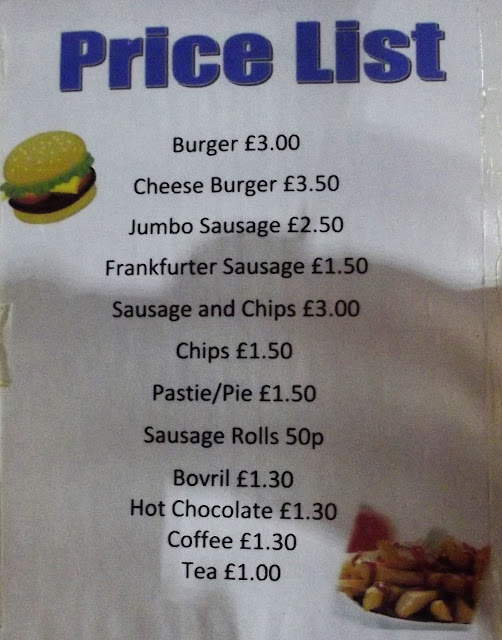 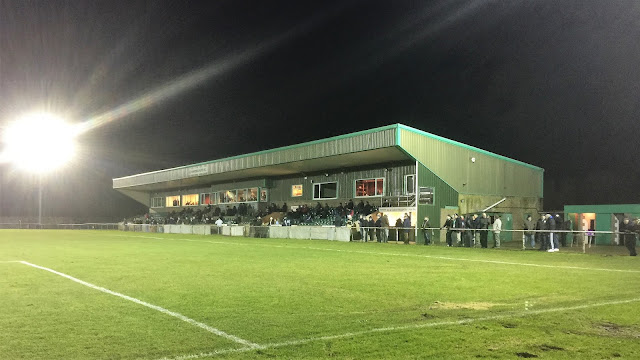 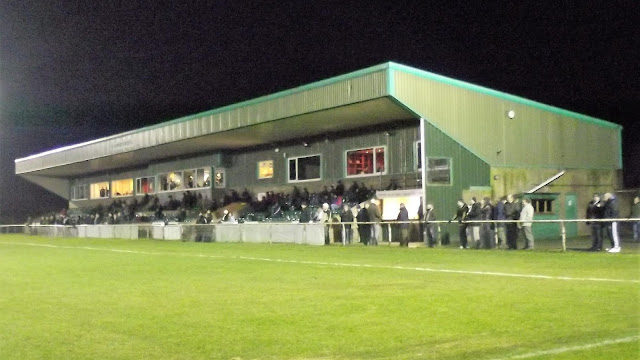 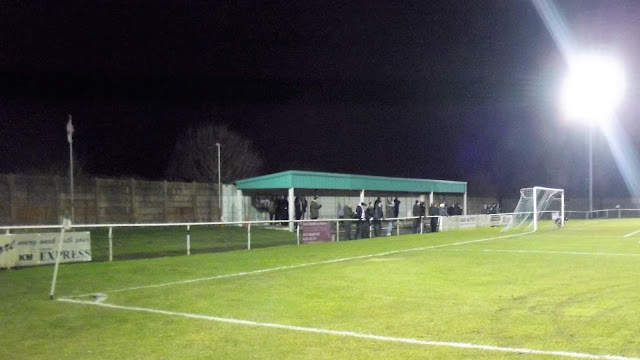 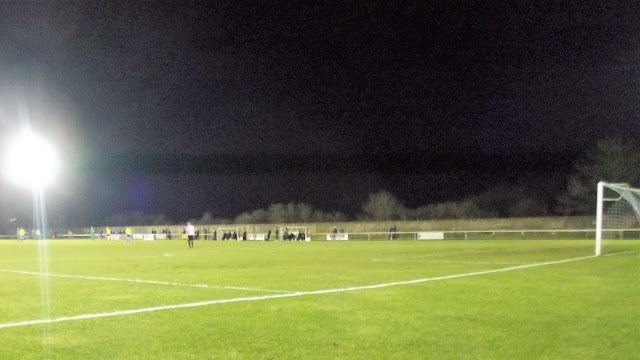 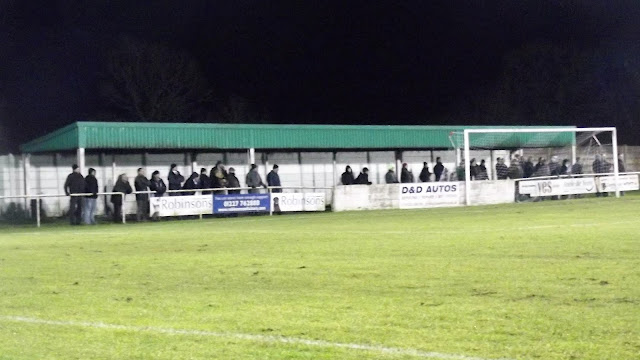