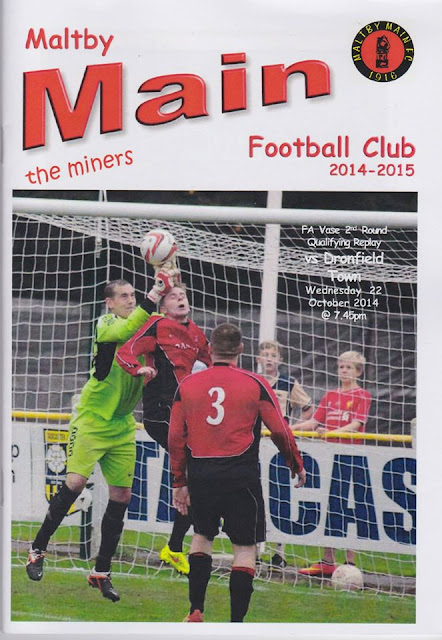 Maltby Main FC was founded in 1916, playing in local leagues until they folded in 1965. They reformed in 1970, playing in the Yorkshire League. They joined the NCEL as founder members in 1982 and have stayed in around its leagues ever since. They were relegated due to ground gradings at the turn of the century but were soon back in the Premier Division a few years later. Generally, they have struggled in the league's Premier Division though, the 6th place that they achieved in 1998 being by far their best ever finish. Later that year they made their best ever progress in modern times in the FA Cup, getting to the 2nd Qualifying Round where they lost 3-0 to Brandon United. In the FA Vase, they have been to the 3rd Round on a couple of occasions, most recently in the 1993-94 season. Before the game, they were sitting in 14th place in the NCEL Premier. 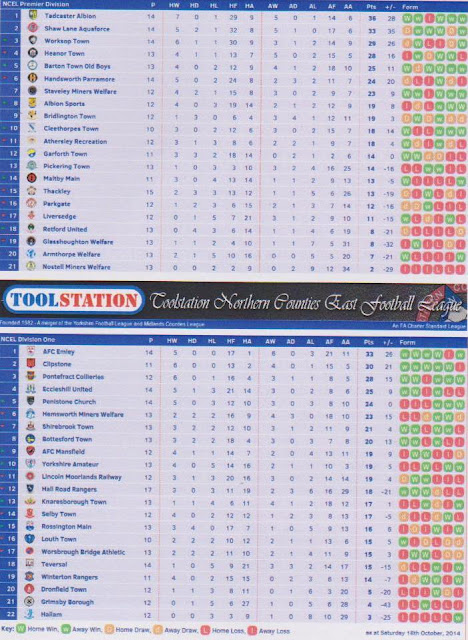 Originally on this date, I had been planning on going to AFC Mansfield or tonight's visitors Dronfield Town. But both of these games had been postponed due to Cup replays. There was little choice, but in the end, I plumped for Dronfield's FA Vase replay at Maltby Main. I always tend to go for cup games, but on this occasion, the home side had been very harshly treated. The 2 teams had drawn 3-3 at Dronfield in the first fixture and the match had gone to a replay at Maltby Main. Despite Dronfield taking the lead, Maltby Main fought back to hold a 3-1 lead on 88 minutes. But then a serious injury to a Dronfield player caused the match to be abandoned with a couple of minutes to go. Any sensible person would have let the result stand, but the FA in their infinite wisdom said that the match would have to be replayed from the start, with Maltby's 2 goal lead cancelled out. 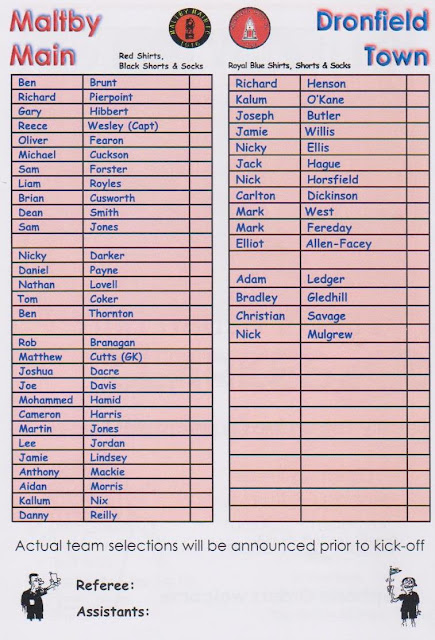 I'd left St Helens at 3.50PM, and was hoping that the rush hour traffic was going to be kind to me and allow me to have a bit of time to chill in Maltby before the game. I'd been planning to get there as soon as possible, and head into town to the Wetherspoons for dinner. At one point the Sat Nav was showing a 5.20 arrival, and no doubt I'd have made up some more time along the way. This was all destroyed though, by the careless actions of 3 lorry drivers on the M60, who decided it would be a good idea to have a crash and mess up the entire Manchester road system, With traffic diverting onto other roads, my route through Hyde was totally ruined and we were pretty much at a standstill for 90 minutes. With minor delays on other roads, and roadworks on the Snakes Pass road from Lancashire to Yorkshire, I was even concerned about missing kick off, in the end, it turned out to be a 2-hour delay. I got to the ground at 7.20 and had little option but to go straight in. I paid £6.50 for entry and a decent programme. I was hungry and would have preferred a meal, but in the end, the only hot food they did was burgers. Luckily they turned out to be nice and freshly cooked, although they could have done with some onions to go in them. Everyone at the club was nice and friendly, as I have come to expect in this league, and I was made to feel very welcome. I wanted to buy a Maltby Main Ski Hat that I had seen on the website for £4, but try as they might, no one could find one. I also fancied a pint after all that stress, but with it being very close to kickoff and the bar being a 5-minute walk around the other side of the ground and up near the road, I decided against it. In the end, I just took some pictures of the ground, and took a place under the covered standing, as it was starting to rain. 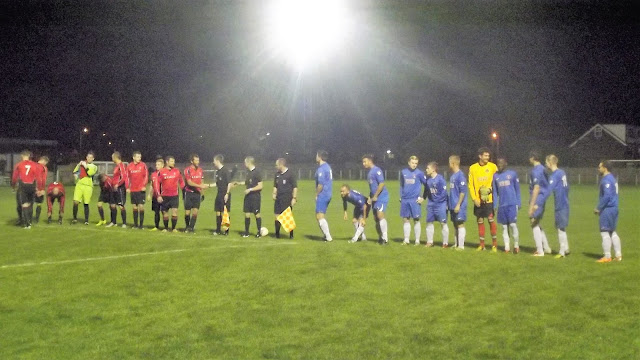 The game was not much of a spectacle, to be honest. I was expecting a dominant performance by higher league Maltby Main, with a battling performance from Dronfield trying to throw a spanner in the works. In the end, the visitors hardly had to get out of second gear as goals from Nick Horsfield on 76 minutes and Christian Savage on 82 minutes sealed an easy victory. Maltby can point to the injustice of having to play this game again, but Dronfield cheered on by a decent amount of fans in the 62 crowd produced a professional if unremarkable performance. After the game, I made my way home. The roads were knackered from the start, the Southbound exit onto the M1 being closed so I had to go North and turn round at the following junction. It was all going fine until I got to Aylesbury, even though I had to travel through the Franchise FC town of Milton Keynes. I got almost to Wing, around 10 miles from Aylesbury, but the roads were closed, and a massive diversion planned, although at least for once they signposted it. My sat Nav did not have this information though despite me paying for live traffic. In the end, after around 5 miles into the diversion, it worked out a route through country roads, then Halton and Wendover, which saw me arrive home at 12.45.

I was still wide awake by this time, but not awake enough to avoid making a mistake. I thought I'd transferred all my photos of my whole week to my iMac, and so deleted them off my memory card. Imagine my horror when I went to the folder where they were supposed to be and they were absent. panicking, I searched around the internet for a solution, with various software demanding upwards of a hundred dollars for a licence for their software. Luckily with my knowledge, I knew where I could obtain a copy through means that would not cost me so much, and so, pretty much all were saved. I was much relieved, and had a few drinks to celebrate, not getting to bed until 4am.

THE GARY WILBY STADIUM is a typical step 5 ground, with most of it being open hard standing. Both areas of cover are one side, with seating for around 120 and standing cover for 200. The tea bar has a reasonable range at good prices, while I didn't get to try the bar. As I understand, the town is a short walk away and offers a good range of outlets. 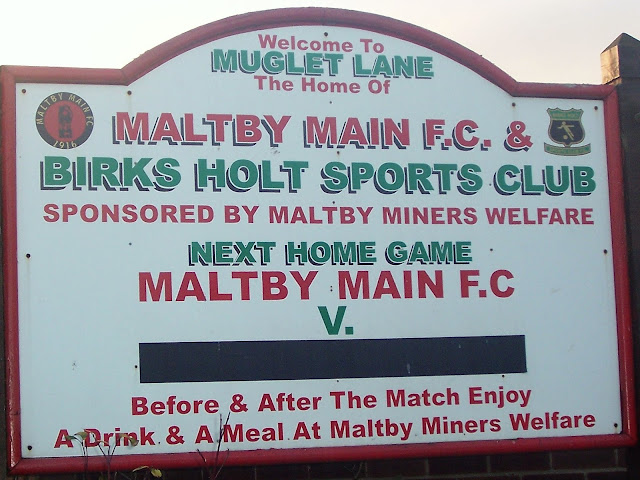 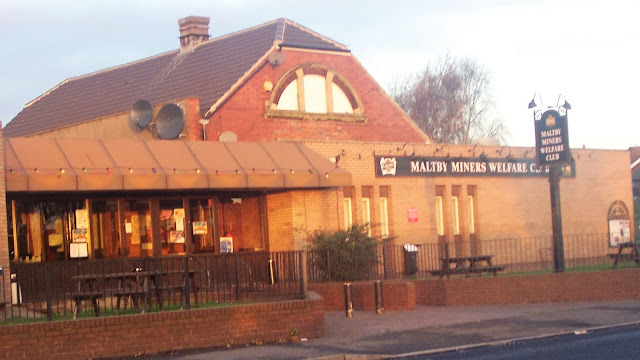 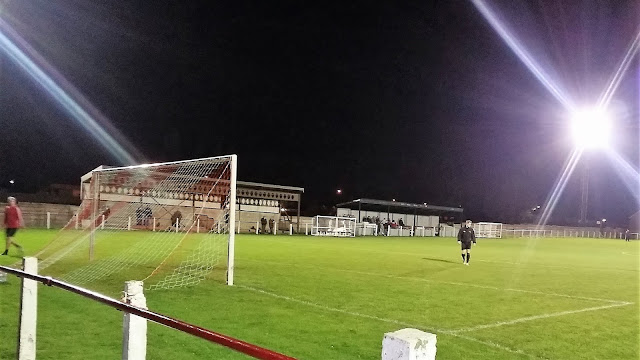 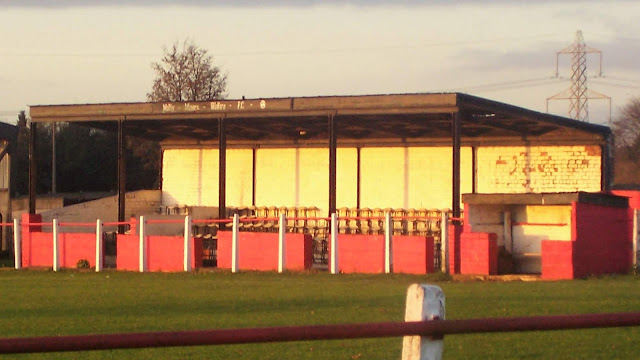 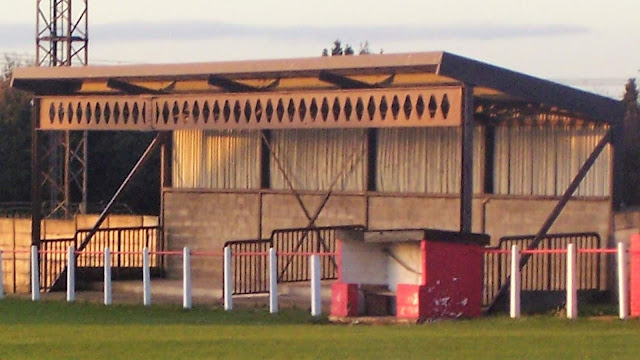 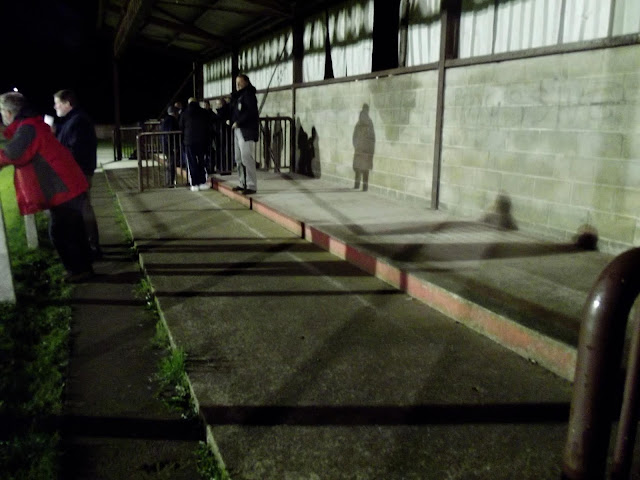 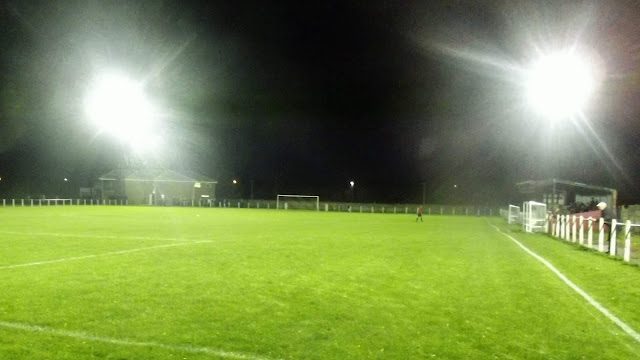 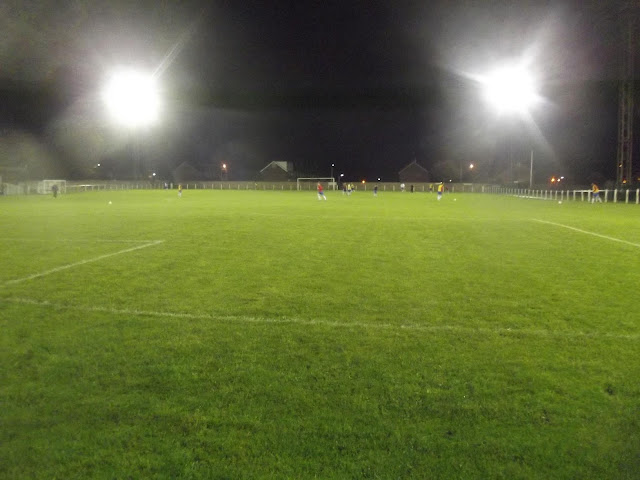 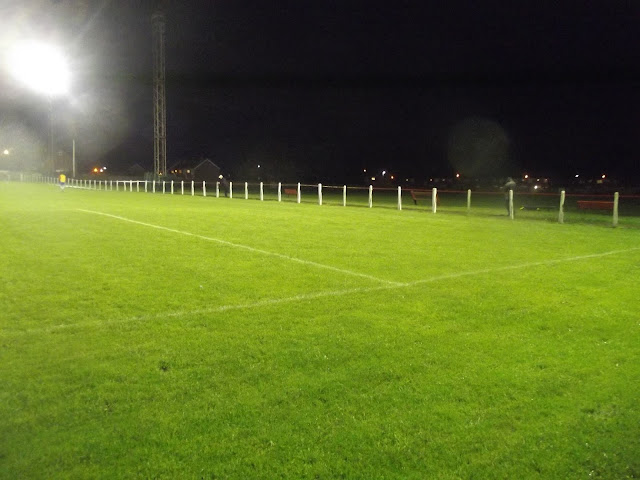 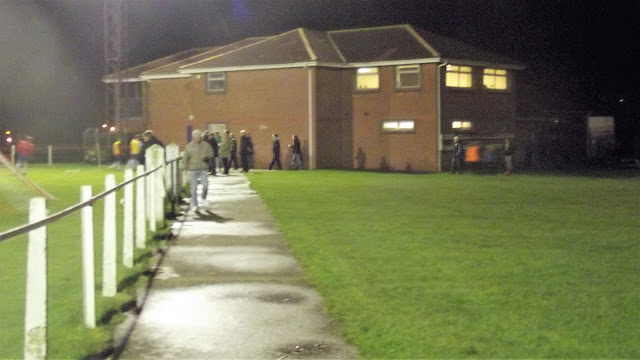