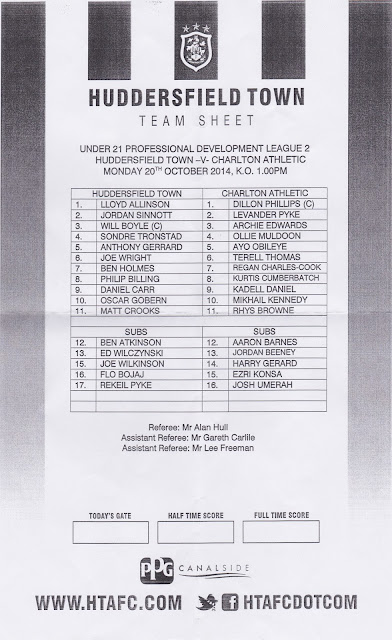 When I planned my week up North, I realized that I would have a lot of time during the day and so looked to find some reserves or youth football to fill my time. I had a few options, but eventually plumped for Huddersfield Town v Charlton Athletic in the Pro Development League 2. Huddersfield was a town I had enjoyed visiting before and it was also the closest game to where I was based in Manchester. I wasn't sure whether it would be played at their own ground or a local sports park, so I would keep an eye out on the day. Wycombe couldn't have had more mixed fortunes against the two sides. It all started so well against Huddersfield with us doing the double over in the 1994/95 season. We even won the opening game at their new Stadium, with Simon Garner scoring a great goal for us to win 1-0. However in recent times fortunes have taken a serious decline. We have played them on Sky a couple of times recently, losing both games 6-0 with some of the most pathetic Wycombe performances I have ever seen. By contrast we beat Charlton 1-0 on the way to the league cup semi-final in 2006. They were in the Premiership at the time and we were in League 2, but that counted for nothing as we won 1-0 at the Valley.

On the day of the game I didn't have a great night's sleep, waking up at around 4am and being unable to get to sleep. I also found my phone was completely dead and not charging, and for a moment I thought I'd have to get a new one. Luckily I tried another charger and it worked, otherwise I'd have been lost without it.  I killed time by watching TV and having a bath before going to Tesco at 8am. I got myself some chicken and grapes for breakfast before going back to my room. I left around 9.40, arriving in Huddersfield an hour later. I had an hour in the town before making my way to the training complex. I still had an hour to kill before kick-off and so went to KFC for a bit of lunch. It was pretty average and when I went back to the training complex the food looked a lot nicer there. Like Wycombe, Huddersfield has really good facilities for their players, though Wycombe does not have the same facilities for the general public that the Terriers have. 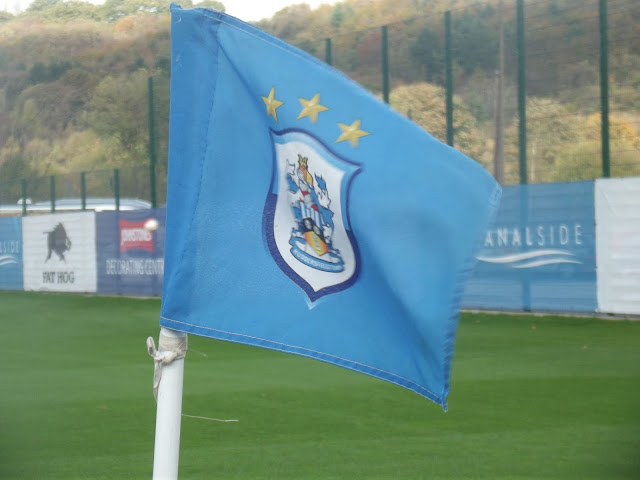 It was around 20 minutes until kick-off and so I went over to the pitch where the game was, picking up a teamsheet on the way. There were scouts from various clubs there - I spotted Mansfield, Hartlepool, Blackpool and Bradford amongst the crowd which looked to be well into 3 figures. The game was not much of a spectacle to be honest. Although there was some neat play, the quality and invention in the final third was not present. That was until the 63rd minute when Charlton's number 9 raced into the box, cut in and finished well. It was deserved as the visitors had had more possession than their opponents and had spent more time attacking too. That was it for goals, but Huddersfield did have a proper go for the equalizer but it wouldn't come. After the game I made my way to Travelodge in Didsbury where I was staying. There was traffic and it took around an hour and fifteen minutes to get there. The journey was made more bearable by a programme about eating rabbits on Radio 4. It's not normally my station of choice but I have had rabbit before in Malta and it was delicious. I'm very keen to try any new meat and wish the UK was more adventurous in what it ate.

PPG CANALSIDE is a smart training complex for the Huddersfield Town youth sides to play their games and for other teams and the community to use for training. There are also good food and drink facilities for use at all times. The spectator facilities are restricted to one side of the pitch which is railed off, though with lots of room around they could probably add a stand and make it around step 5 of non-league level if they wished. 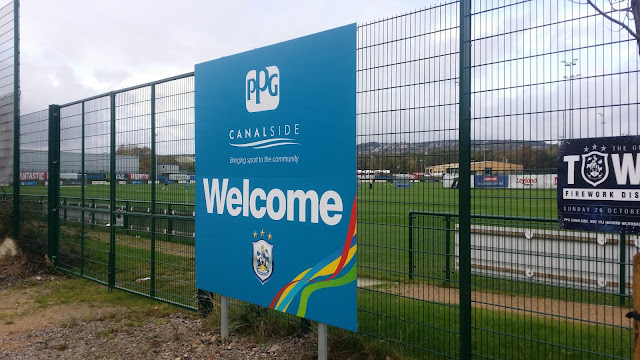 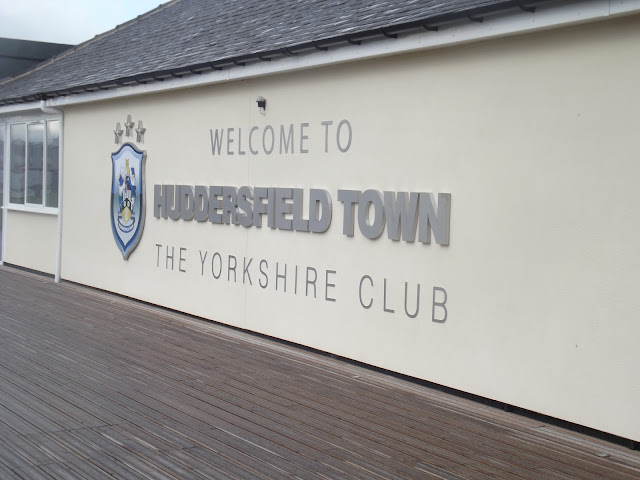 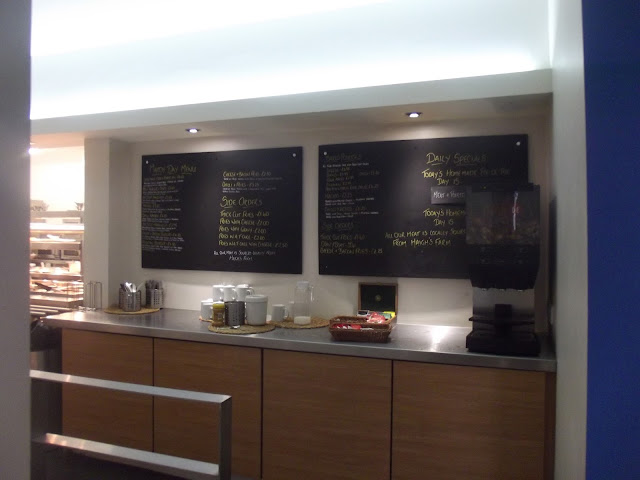 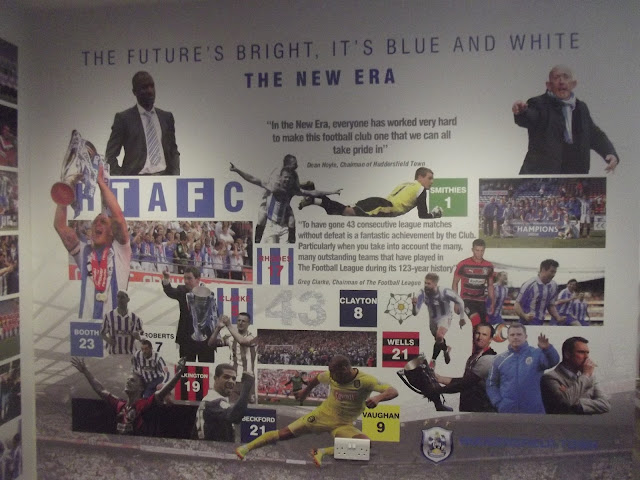 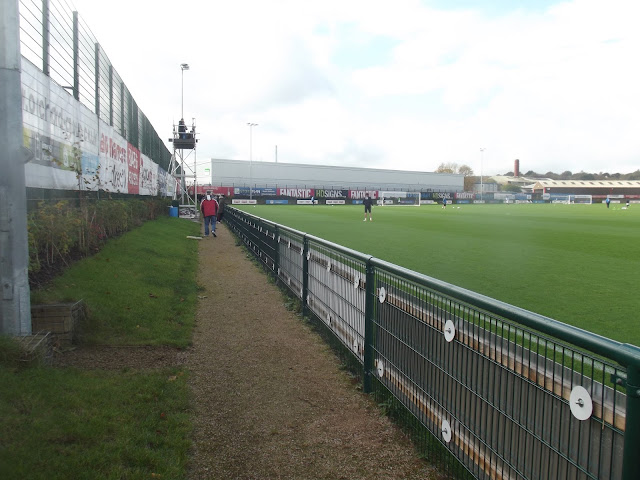 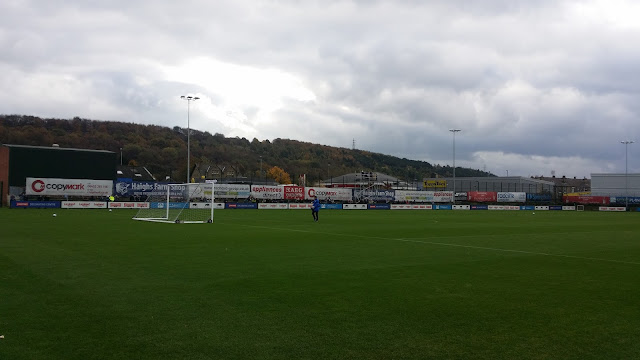 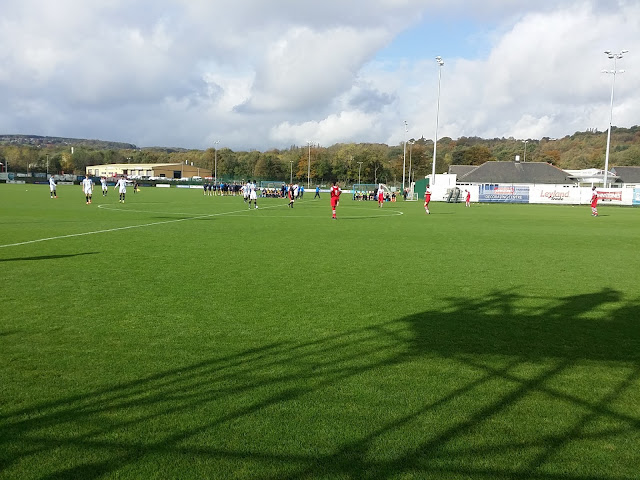 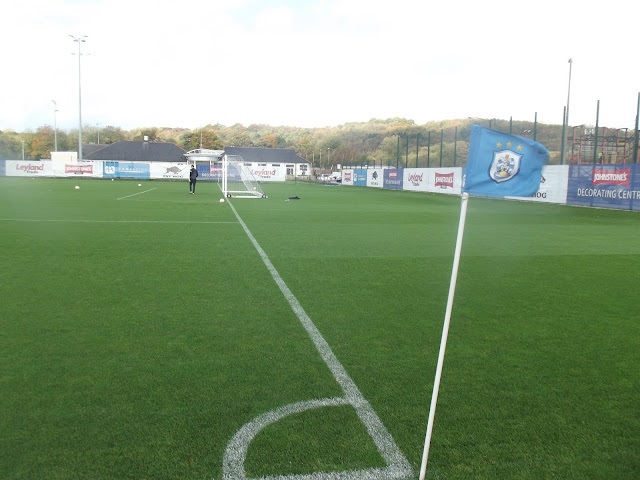