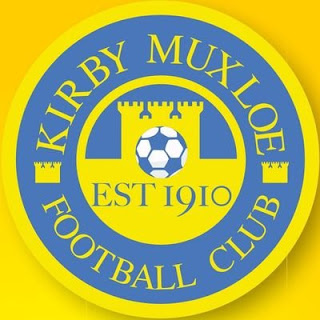 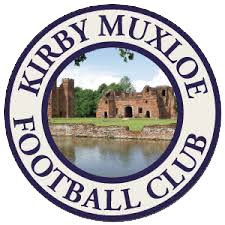 The club was established in 1910 and for the first 70 or so years of their history, they played in local leagues such as the Leicester Mutual League and Leicester City League. In 1982 they joined the Leicestershire Senior League in its second tier. After a 3rd place finish in 1985, they were promoted to the Premier Division. Kirby Muxloe enjoyed a credible 3rd place finish in their first season but would be relegated back in 1989 after a bottom-placed finish. They would remain in Division 1 until 1995 when they were champions and were promoted back to the Premier Division. They finished as runners-up in 1998 (behind Oadby Town) and then again in 2004 (this time behind Loughborough Dynamo). They were champions in 2008 and became founder members of the East Midlands Counties League at step 6 of the non-league pyramid. It was a highly-successful first season with Kirby Muxloe finishing as champions for the second successive season, earning promotion to the Midland Alliance in 2009. This merged into the Midland League in 2014 and in their debut season, Kirby Muxloe enjoyed the best finish in the club's history, finishing 5th in the step 5 league. They were transferred to the United Counties League in 2015 and results gradually tailed off. By 2019, they were relegated after a second-bottom finish. They moved back to the Midland D1 following relegation and last season were 7th when the season was abandoned and occupy a similar position at the time of this game.

In the FA Cup, Kirby Muxloe had their best run in 2016. That season, they overcame Bardon Hill, Bottesford Town and Leicester Road prior to a defeat to Boston United in the 2nd Qualifying Round. The FA Vase has seen little success, with their best run being the 1st Round, reached on ten occasions. Local cup honours include the Leicestershire & Rutland Senior Cup in 2007. The village of Kirby Muxloe has a population of just under 5,000 and has been home to actress Alison King who has played Carla Connor in Coronation Street and Lynda Block in Dream Team. The club used to have an interesting and picturesque badge but they changed to something more traditional a few years back. 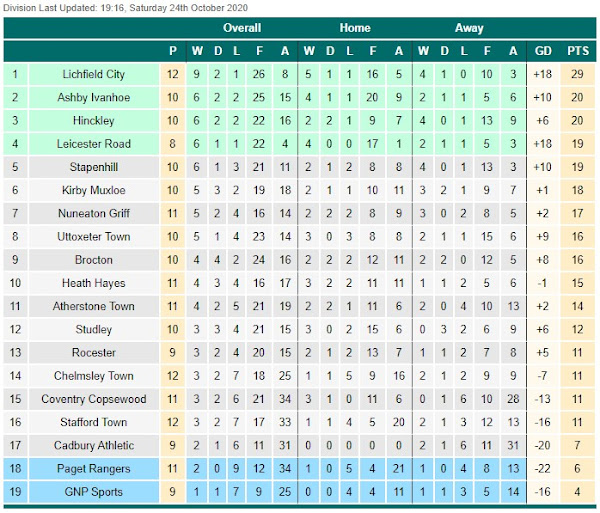 Kirby Muxloe had been on myself and Anwar's 'to-do list' for some time but it never seemed to come up when we had a Tuesday free. At 75 miles from Anwar, it was one of the closest grounds we had not been to. I was, as usual trying to be reasonably careful with Covid precautions and despite nearby Leicester having had their problems, Kirby Muxloe was in the Blaby ward and was in the medium tier. The previous day I had a busy day at work, what with all the kids off for half term, the store was busy and I ended up doing a 5 am - 3.30 pm shift. It was a relief to come home and have an evening at home, knowing that I had the next day off. As usual, I had a good nights sleep on Monday, waking at 8 the following morning. The plan was to walk to town and back for lunch but with rain all over the few hours that I wanted it to stay dry, so I decided not to bother. Instead, I stayed at home, planning games for the future with an FA Trophy revisit at Wantage Town on Friday and something in the FA Trophy or FA Vase on Saturday - most likely Whittlesey Athletic, Fakenham Town or Malvern Town. What with the rain calling several games off, I was glad that I'd chosen a game on a 3G pitch, though it was a slim choice of options to choose from in the first place. I spent the afternoon wishing the time away and clock watching until the time came to leave at 4.10. I needed to get petrol on the way, but that turned out to be a bit of a faff. My local station had two pumps out of three not working and so with a big queue forming, I headed off to Aylesbury. Luckily, there was one that costed the same en route. There was then a road closure and lots of slow drivers, meaning I didn't get to Anwar until 4.50, ten minutes later than planned. Luckily, he was there waiting for me and we were soon on our way, making slow but steady progress up towards the M1 which we got on at near Northampton. It then sped up a bit and we were at our pre-match food place of Lee's House in Braunstone by 6.30. I had salt and chilli chips and a burger for 4.10. The food was great and service excellent and it went straight to the top of the league that I'd done on a spreadsheet for salt and chilli chips. From there, it was to the ground which we arrive at just before 7 amid chaos and a full car park. It turned out there were a load of kids practising on the pitch and so we had to park a few minutes away in a side street. The turnstiles were not open so we walked through the gate, a man coming and collecting our £6 entrance fee a few minutes later. I spent pre-match typing my blog, but only had enough time for a quick scan of social media before kick-off.

A new leader in my salt and pepper chips league found on the way to Kirby Muxloe.

Kirby Muxloe were in 6th place at the time of the game. In their last six league games, they'd won three - beating both Uttoxeter Town & Stafford Town 3-2 at home and 2-0 on the road at Heath Hayes. An entertaining 3-3 draw at home to Studley and defeats at Quorn (2-5) and Leicester Road (2-4) were their other results. Cadbury Athletic were struggling down in 17th place and had lost all six of their last league games including a 7-0 defeat at Ashby Ivanhoe and a 6-1 defeat at Atherstone. A 1-0 win over Lichfield City in the FA Vase had provided a welcome break in the middle of this run. The hosts took the lead on 7 minutes, Jack O'Brien advancing down the left before powering a shot into the top of the net from 20 yards out. It had been fairly even up to that point and although Cadbury Athletic had a series of corners, they came to nothing. It was 2-0 on 34 minutes, hesitancy in the visiting defence allowed Daniel Barber to set up Adam Parry who finished from 10 yards. The half finished quite late and a long half time meant that the second period started at 8.54. The visitors started the second half brightly and they pulled a goal back on 47 minutes. The ball fell kindly for Ethan Hanks who scored with an excellent dipping shot from the edge of the area. It was all square a couple of minutes later, a well-worked move ended with Wade Malley finishing from the edge of the area. It was left to Kirby Muxloe's Zakari Adams to score a sensational winner, running from the edge of his own area, right down the left channel before cutting in and slotting home from inside the area.

It had been an excellent evening's entertainment for the 47 in attendance and such a match deserved more support. Back in Wycombe, Adams Park had been empty once more but Wycombe managed a point against Watford, their first in the Championship but it should have been all three but for some debatable refereeing and rotten luck. Certainly, it might have made a difference had fans been allowed in, even in limited numbers. But this stubborn government refuse point blank, despite it being one of the safest things you can do, what with it being outside. It was 9.50 by the time we left and local station BBC Three Counties had already packed up despite it being a local derby between two of their sides and it being less than ten minutes after the game ended. Instead, we had to listen to the 'Sports Bar' on TalkSPORT - pretty terrible on the multiple time I have listened before. But maybe I was in a good mood or maybe they have actually improved, but it was quite an entertaining listen, even of they did say Watford should be embarrassed for only drawing against Wycombe. They even had a Watford fan on, who was very gracious and decent and admitted that Wycombe should have won. I dropped Anwar off at 11.10 and put on a Podcast for the rest of the journey, getting home at 11.35. I was in bed within 20 minutes but it took me a while to drop off. I was up at 4 in the morning as per, so it wasn't ideal, but at least the day at work wasn't too long. Next up for me is a revisit to Wantage Town for their game against North Leigh on Friday and most probably Whittlesey Athletic v Mildenhall Town on Saturday.

Great goal to give Kirby Muxloe the lead, shades of Steve Guppy v Runcorn in 1993

KIRBY MUXLOE SPORTS CLUB is a smart community hub but quite plain from a groundhopping point of view. The pitch is a caged 3G but has plenty of space around all four sides for open hard standing. There are a couple of covered seating areas, one for around 100, another for 25. The latter one is brick-built with the former being the ever-common 'Arena' type unit. There's not much near the ground and all the food and drink facilities are outside, so I didn't check them out. Parking can be a bit of a nightmare if there are lots of community things going on, but I'd imagine it would be less chaotic at other times. 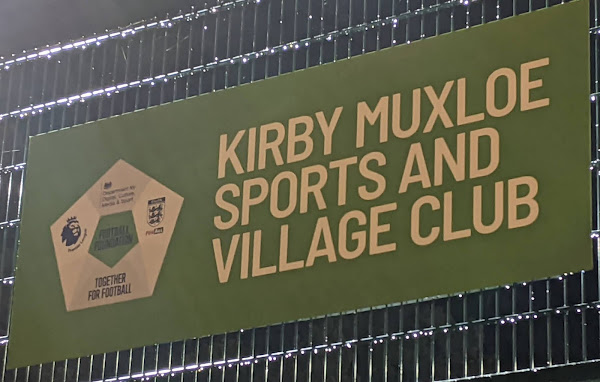 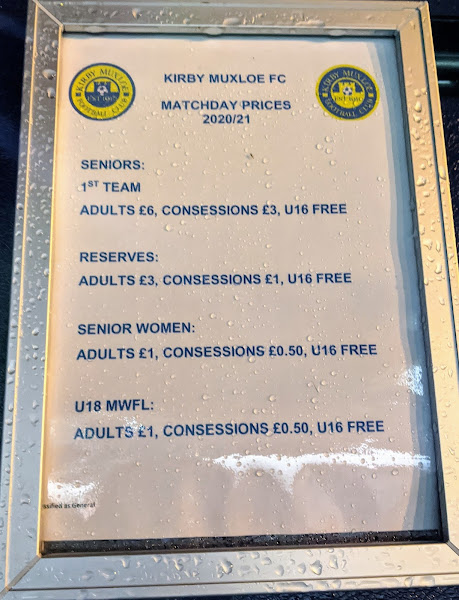 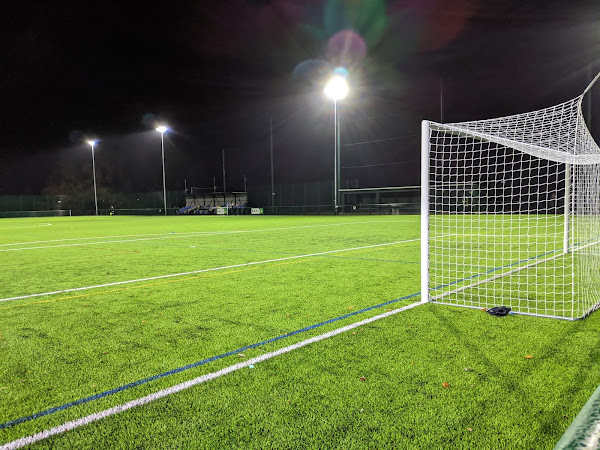 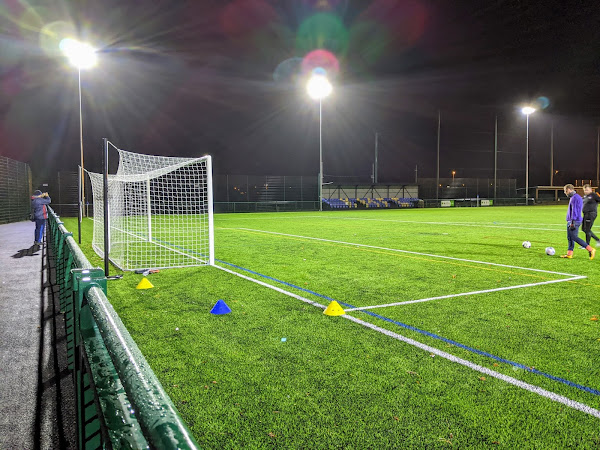 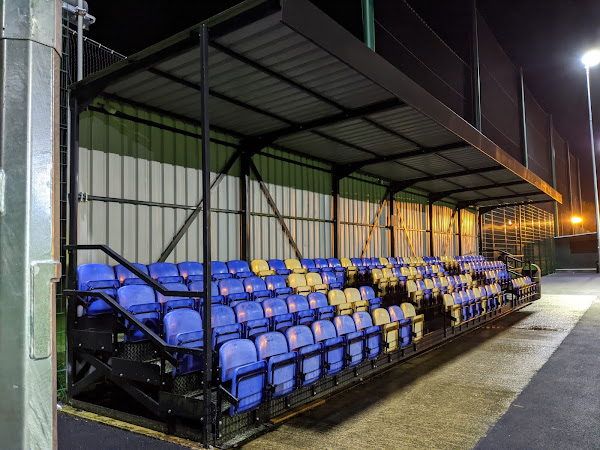 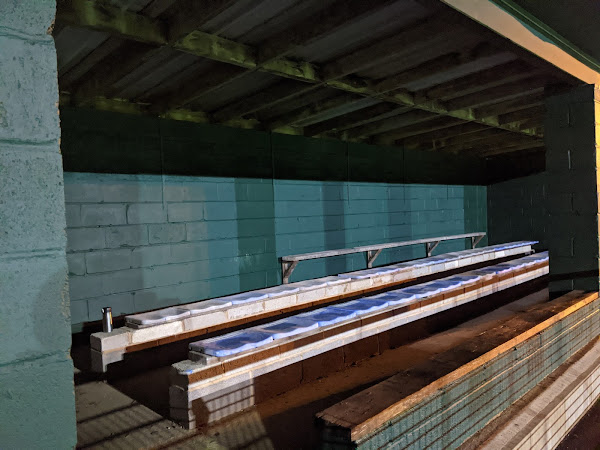 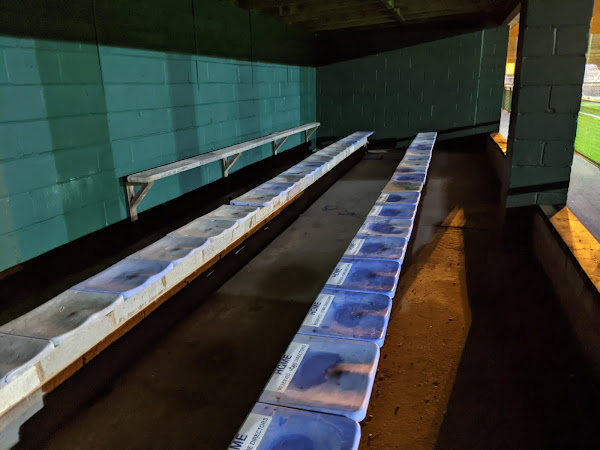 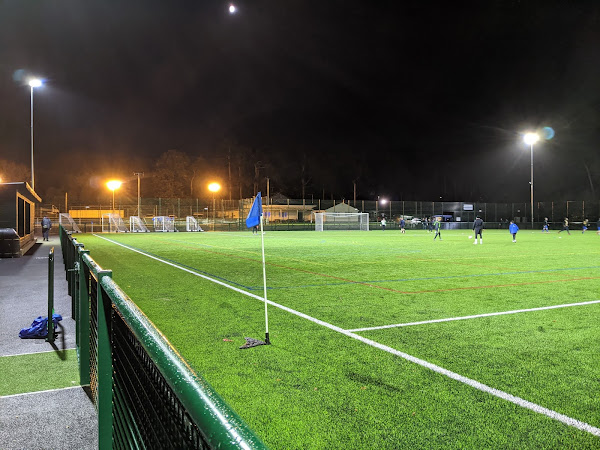 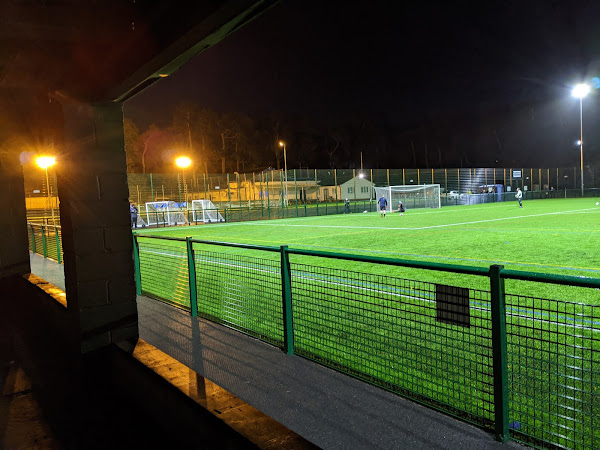 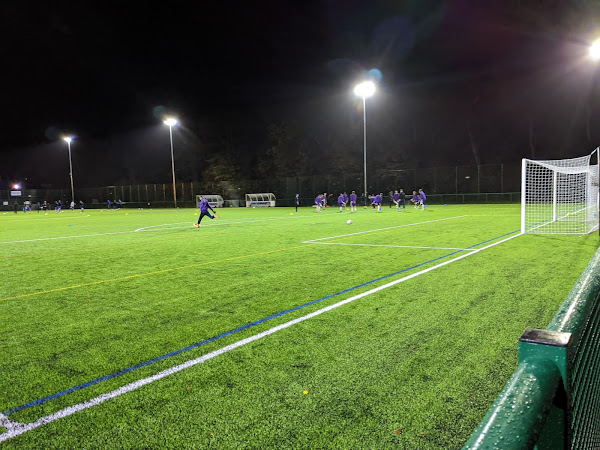 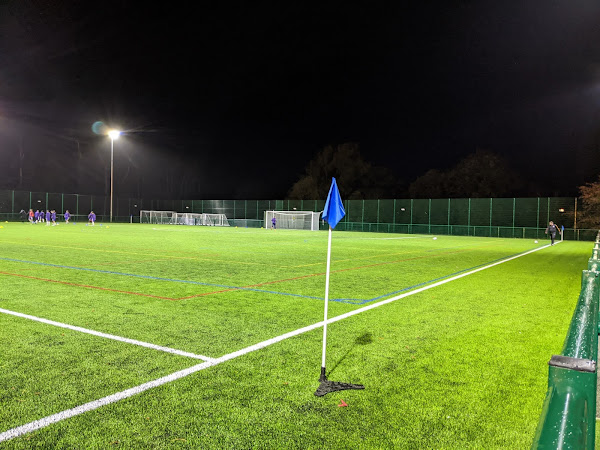 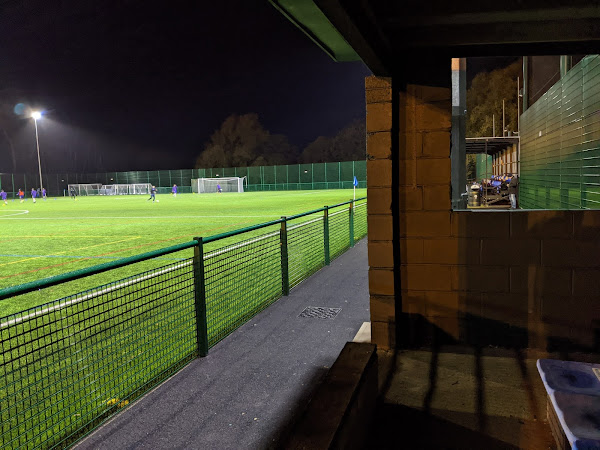