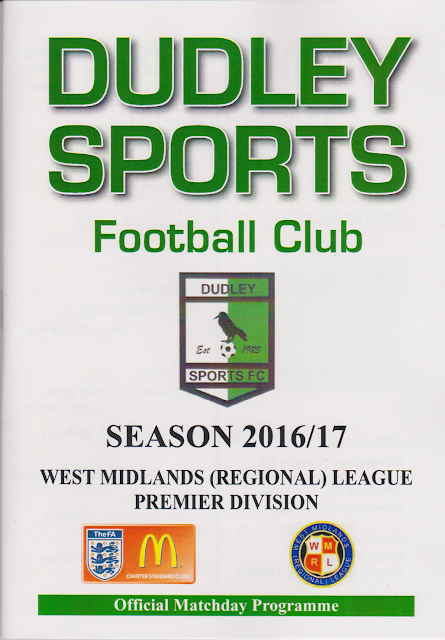 Dudley Sports were formed in 1979 from the ashes of works team MARSH & BAXTER. After playing in local leagues, they joined the Midland Combination in 1985. 9th place in their first season was good enough for them to be promoted to Division 1and they stayed here until 1996 when a 7th place finish was good enough to see them promoted to the Premier Division. They spent two seasons struggling at the higher level before being relegated back and would have to wait until 2003 for their next crack at that division. They've survived at that level ever since, switching to the West Midlands Regional League in 2006. Last season saw their best-ever finish of 6th, though this term had seen them struggling at the wrong end of the table.

The club's best ever FA Cup run came in 2009/10 when they beat Southam United and Rocester, only to lose 6-0 at Rugby Town in the 1st Qualifying Round. Their record in the FA Vase has been pretty poor, winning just one out of 12 games when they defeated Pegasus Juniors 2-1 in a 2011 first qualifying round clash. Locally, Dudley Sports won the West Midlands Premier League Cup in 2007. Famous people to come from the town include comedian Norman (Hale &) Pace, football manager Sam Allardyce, former Premiership player David Burrows and former Wycombe defender Chris Westwood. The town is twinned with Bremen in Germany and Fort William in Scotland. 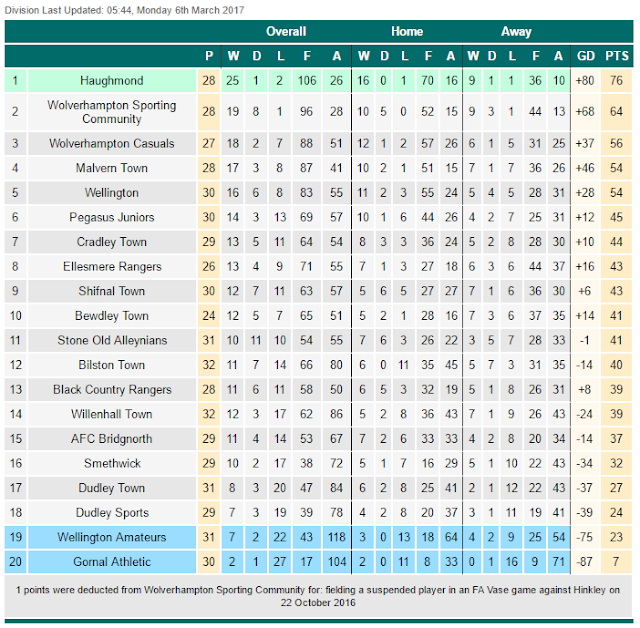 I'd initially tried to visit this venue last Tuesday for a Smethwick Rangers game, but was thwarted by the weather. After many cancellations, I ended up having to revisit Sutton Coldfield Town, though I had the compensation of it being a good game as they beat Marine 3-2 in a relegation battle. The main reason for wanting to visit here was an excellent takeaway called AK Grill that I and fellow hopper Anwar had visited several times previously. Based in Halesowen, they did the best chicken balti I've ever tasted, and all for a fiver including two roti breads. They also did various other things that were nice too. That was why, when I presented a list of forty possibilities, that this game had a strong chance of being chosen. Anwar had initially fancied Cinderford, but with their dodgy pitch, there was little chance it would be on, and so this proved to be the case, with the customary afternoon postponement at the slightest hint of rain. Our visit would be a good game too - as well as a local derby, it was also a relegation 6 pointer, with both teams in danger of joining another Dudley-based side, Gornal Athletic, in the relegation zone. 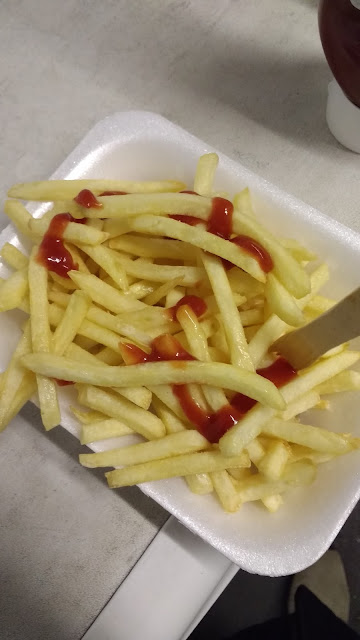 On the day of the game, I was enjoying my day off and a chance to catch up with things. I'd spotted another potential game for my week off at Thornaby on a Friday night. If I played my cards right and got to leave work early on Thursday week, I could grab a free lift with my parents, get a cheap B&B room and make it a very cost-effective trip, with them being up in the area for Hartlepool United v Wycombe Wanderers on the Saturday. Though given the fact that my boss could be a complete plank at times, I wasn't counting my chickens. I enjoyed my usual walk down town, before coming back and having lunch, before starting this blog. As I wanted to check out a shop in Aylesbury, I left at 3.10 PM, despite not needed to meet Anwar until 4. I didn't get what I wanted, but I did manage to pick up some right bargains including cans of Caple Road cider for 30p each (normally £2 in Tesco) As a result of the traffic, I didn't get to Anwar's until 4.10, but at least he was there waiting for me. There was a small delay on our journey to the Midlands, mainly on the M40 due to an accident. I was glad I wasn't heading south on the other carriageway as rubbernecking amoebas had crashed and caused a huge tailback, according to the radio and seeing the queue, I'd have hated to be stuck in it. We got to AK Grill at 6.05 where I ordered a chicken balti with rotis and a meat samosa. It was excellent as ever, though a bit smaller than usual though I'm glad there are a few more teams I need to tick around here. 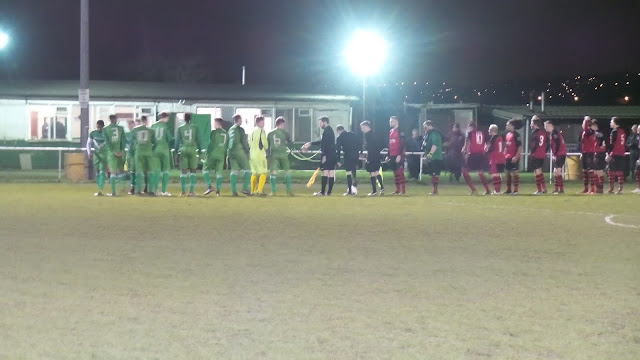 We left our takeaway at 6.50 and made the 20-minute journey to Dudley Sports, arriving at 7.10. After parking up outside, we paid a fiver to get in, plus £1 for a programme. After going and getting some pictures of the ground, I bought some chips for £1 before sitting in the stand for the game. The visitors Dudley Town made all the early running, though they weren't creating many clear cut chances. They took the lead on 23 minutes when a weak shot deceived home keeper Joe Sidaway and went in from outside the area. The glovesman made up for his error with a couple of smart saves to keep it at 1-0 as the visitors were well on top. Despite a brief spell of good play by Sports at the start of the second half, it was Town who continued to dominate. They doubled their lead on 70 minutes with a great strike into the top hand corner. On 83 minutes, the hosts were given a glimmer of hope when a corner was put in, the keeper flapped at it, and a Matt Perry poked home. Sports rallied and it took a good save from the visiting keeper to prevent them from getting a fortuitous equaliser. Town held on though for a deserved victory and to move them comfortably clear of any potential relegation battle, for now at least anyway. I didn't get any information on who was playing, but especially impressive was the blonde number 11 for the visitors.

It had not been the greatest of contests for the 60 fans present but had by no means terrible. It would have been nicer if the hosts gave it more of a go, but I'd enjoyed my visit nonetheless. Another disappointment was the attendance of 60, I'm not sure how it compares to their usual crowd, but I'd have expected more for a big derby. Perhaps it was due to the even bigger game a few miles up the road, as a huge attendance of 2,127 saw Halesowen Town narrowly lose 1-0 at home to local rivals Stourbridge. The main story of the night though, at least for the mass media was Arsenal's 5-1 thrashing at home to Bayern Munich, with the Germans triumphing 10-2 on aggregate after repeating their first leg score. There were the usual 'Wenger Out' calls as we listened first to Radio 5, then to TalkSPORT. I dropped Anwar off at 11.20, getting home myself twenty minutes later. After staying up for around an hour, I dropped off, though, with work at 4 in the morning, I needed my usual afternoon sleep the day after. 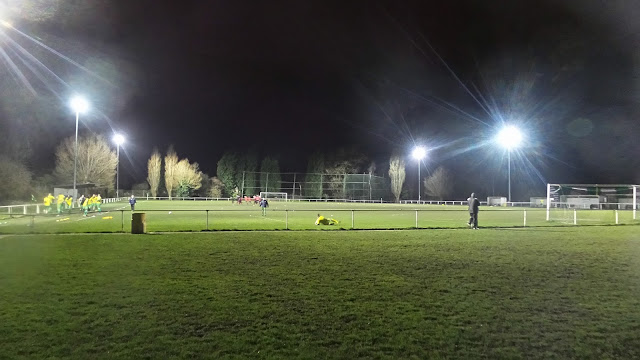 HILLCREST AVENUE is a great ground to visit, with friendly people a fair bit of character. All the covered areas are along the side of the pitch - on the left-hand side is a mainly seated stand, though there is room for standing too. Opposite, is covered standing, with some benches at the back. Overall there is cover for around 350, of which around 100 is seated on benches. The rest of the ground is open hard standing.


The bar shows TV sports and serves the usual range of drinks, including Strongbow for cider drinkers. The tea bar is good value, the chips I had were freshly cooked to order and only took 5 minutes. There is also a range of takeaways nearby, but I didn't use them on this occasion. 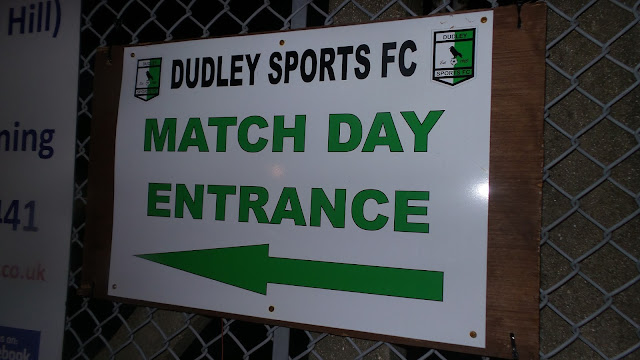 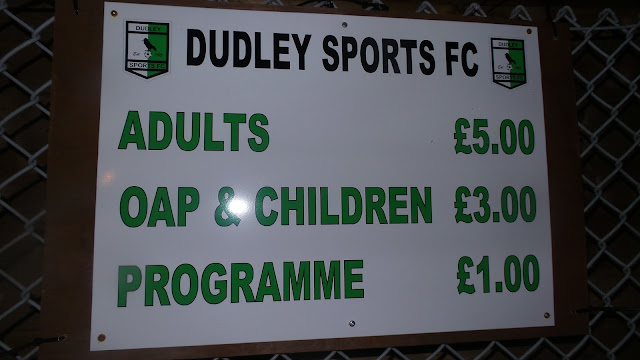 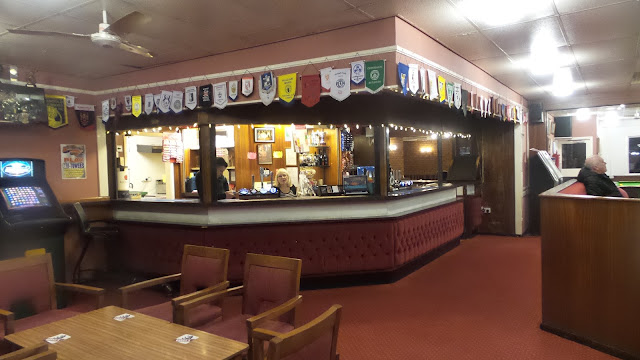 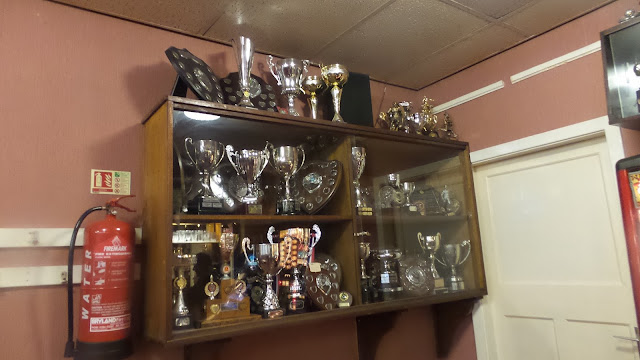 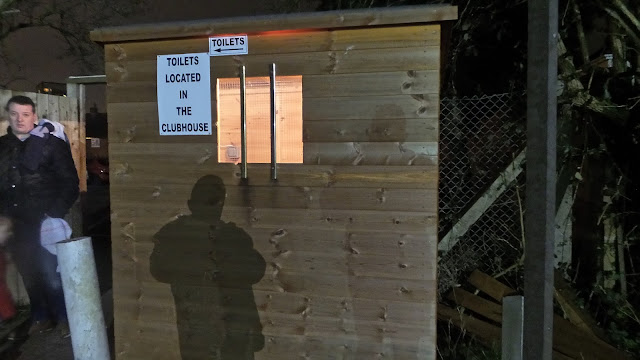 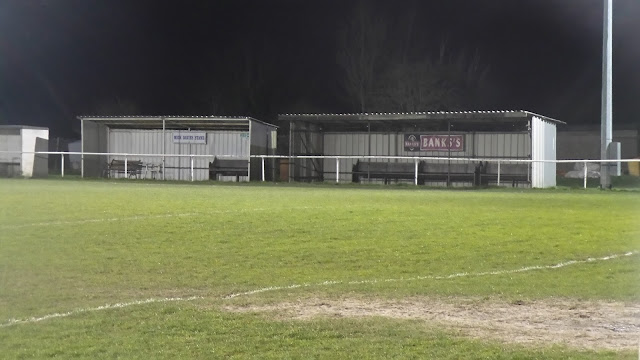 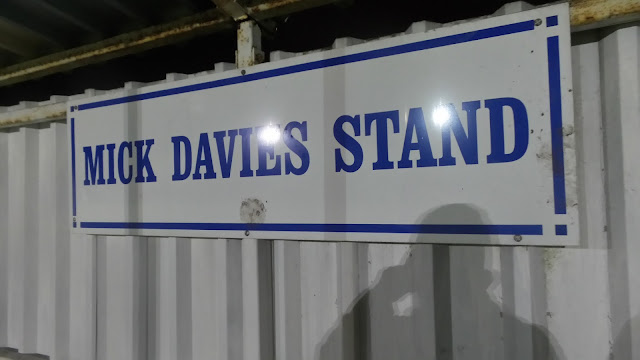 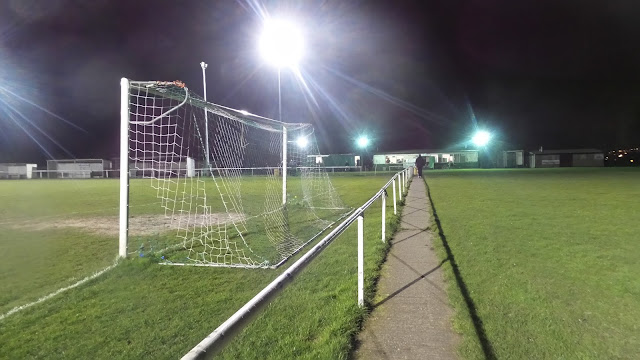 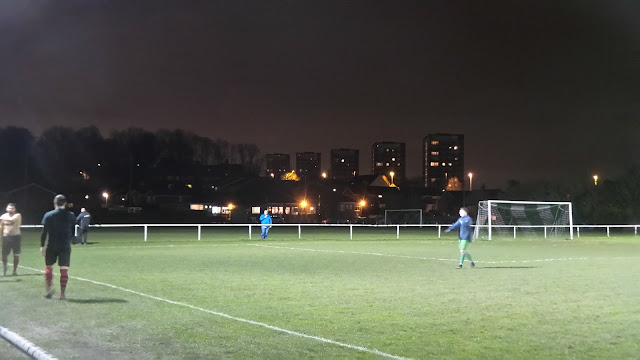 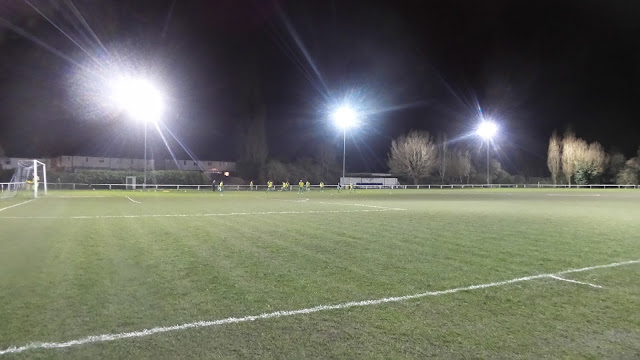 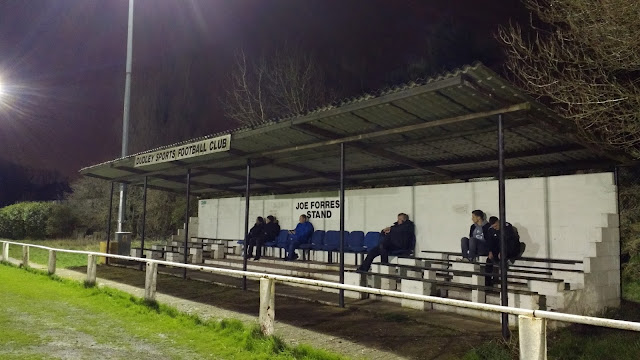 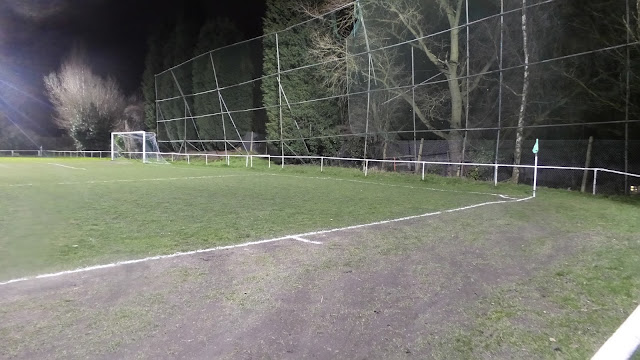 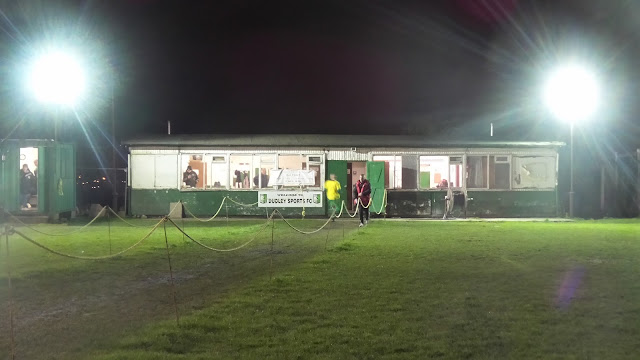