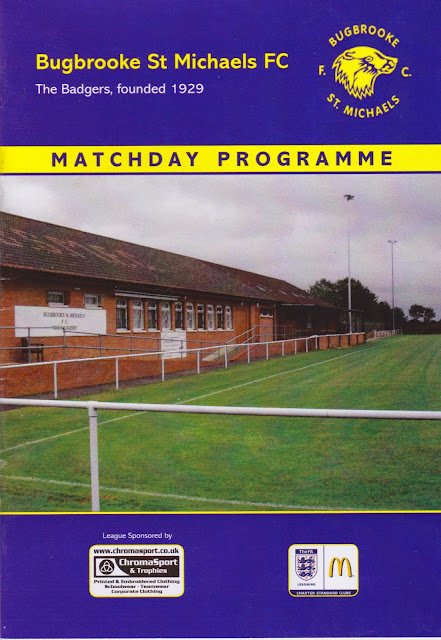 BUGBROOKE ST MICHAELS FC was founded in 1929. They played in local Northampton leagues up until 1987 when they joined the United Counties League. They have spent most of their time at Division 1 level, that was apart from 3 seasons between 1999-2002 when they were in the Premier Division. That first season at the turn of the century saw them gain their best ever league finish of 10th in the UCL Premier. Since their return to Division 1, they had a best finish of 3rd in 2011 & 2012. Last season they finished 18th but had improved greatly this season and were in 10th place.

They had not really made much progress in either of the national cups. In their limited FA Cup experience, their best ever run came in 2012/13 when they reached the 1st Qualifying Round. 2009 saw their best ever FA Vase Run, reaching the 2nd Round before exiting to Leiston. They won the Northamptonshire Junior Cup in 1990 and were runners up in the same competition in 2009. Bugbrooke is a village 7 miles south of Northampton, with one of it's most notable features being its Anglican church. It is dedicated to St Michael, which is where I am guessing the football teams' name comes from. 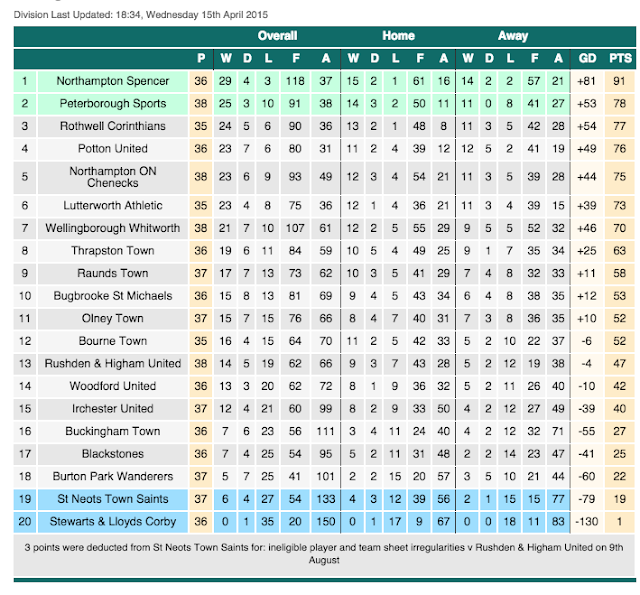 Once again it was time for a spot of Friday night groundhopping. For once I could have Anwar's company on a Friday night - he is usually unavailable on a Friday. There were 2 options for a game - Haverhill Borough v Needham Market in the better standard Eastern Counties League was the first. The other was in the United Counties League Division 1 between Bugbrooke St Michaels and Buckingham Town. That would probably not be as good as the game in Cambridgeshire going on previous experiences but seen as Anwar only had a tenner budget for travel, I decided to go for the nearer option. There was not much around the ground, so I'd arranged to stop off in Towcester on the way to get something for dinner on the way to the ground. I'd been without a groundhop this so far this week, due to Wycombe commitments, in fact with the last one being nearly a week ago after Wycombe's 2-1 win over Cheltenham when I went to the North Berks League Cup final. We had another 2-1 victory against Exeter on Tuesday, but this time in far more dramatic fashion. We had not won at home on a Tuesday for 37 months, our last victory coming in March 2012 as we beat Leyton Orient 4-2. This time it took a penalty in the 12th minute of injury time cueing wild celebrations from all the Wycombe faithful including me. It came at a cost though as we are down to the bare bones with half our small squad on the treatment table. It was very harsh on Exeter for their long journey home as they had played their part in one of the best games I have seen in ages. On the day of the game, I had worked as per usual, and unusually for a Friday, it was not that busy. I was out by 12.15 and after going home, having a jog and relaxing, I spent the afternoon relaxing before leaving at 4.30 to pick up Anwar. We had a decent journey, stopping in Towcester along the way where I got Pancake Roll and Chips for £3. From then on it was only 15 minutes to the ground. We got there at 7 and initially, there was disappointment at there not being a programme. We paid £5 each to get in and were relieved to get an old programme free from the bar. To thank them I bought a couple of pints of Stowford Press at £3.30 each and also a club pen. We chilled for half an hour before going out for the game. 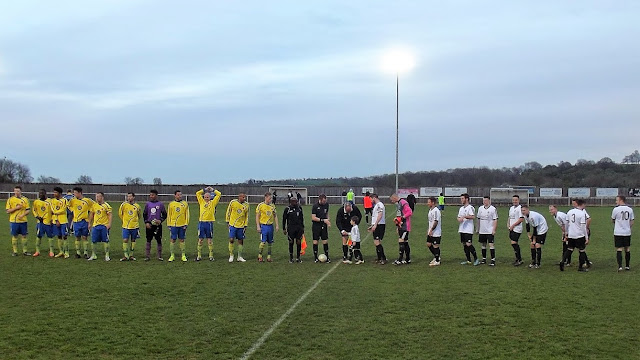 Bugbrooke were slightly the better team early on but it was visitors Buckingham Town that took the lead with a header after 15 minutes. They started to control the game and doubled their lead on 35 minutes with a great long-range shot. Straight away Bugbrooke got one back, finishing from fairly close in after a well-worked move. Realistic hopes of a comeback were quashed soon after - another close-range header restored their 2 goal lead on 40 minutes. Half time came and it was chilly for a spring evening so I went to get a coat from my car. The game started with Buckingham trying to extend their lead but the home side pulled one back on 55 minutes after a goalkeeping error. This completely changed the game and soon after Bugbrooke were on level terms when they equalised after heading in from a corner. Despite further chances to take the lead it was Buckingham who scored next. A great run ended in the attacker dribbling round the keeper and finishing well. There were chances for both sides in a really good game, but after hardly any injury time the referee blew his whistle to signal an away win. We were in no rush to get home, with it being a Friday night. I got a picture of the players coming off the pitch and popped inside to use the toilet. By the time we had come out, the ground was in darkness, the floodlights having been turned off double quick. It was a decent journey home and after dropping Anwar off just after 10.30 I was home 20 minutes later. We discovered during the match that this was our 99th groundhop together and so we wanted to make 100 a special one. The likely destination is Gresley who are chasing promotion in the NPL D1 South.

BIRDS CLOSE is quite a basic step 6 ground, but it is at least a very smartly kept venue. There are seats for around 70 people, plus standing for around 50. The rest of the ground is open. I enjoyed my visit there, everyone is friendly and the bar is nice with a decent range of drinks. I didn’t try the food, but they seemed to do a fair range considering their playing level. 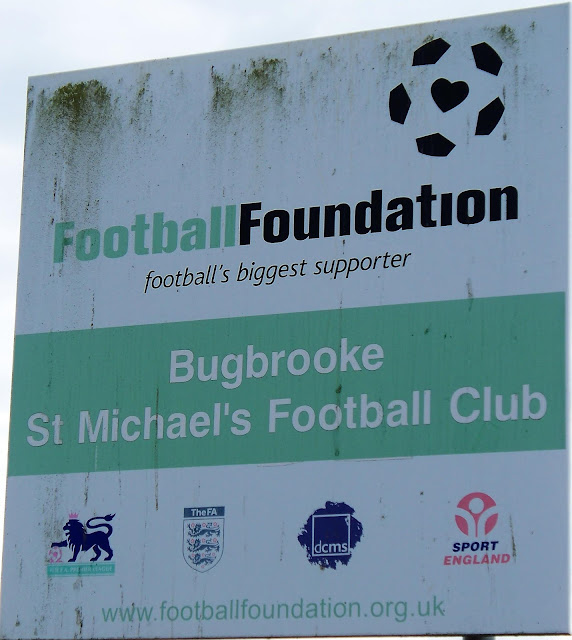 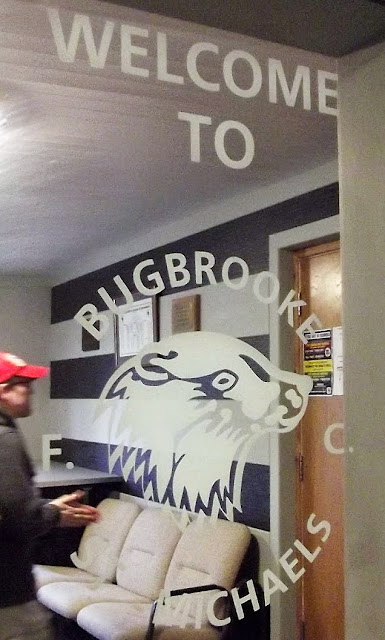 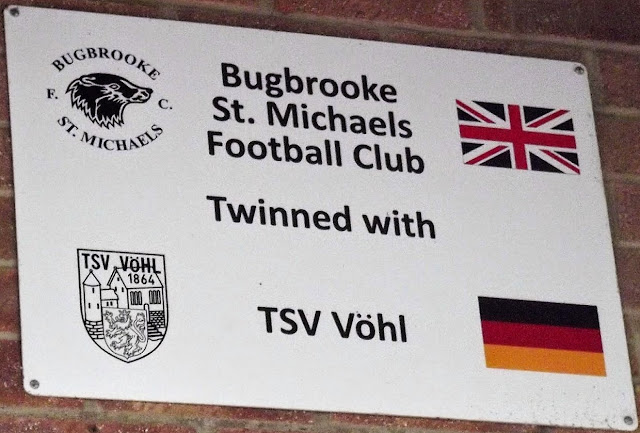 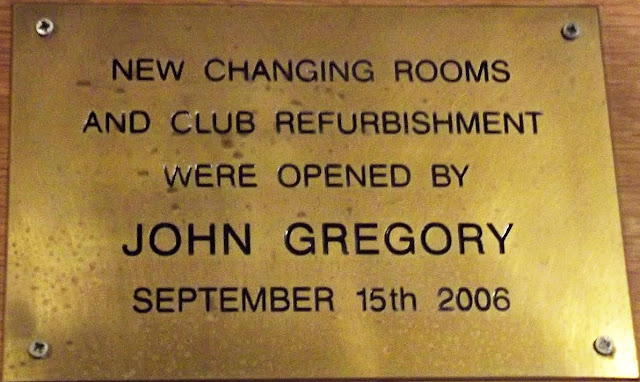 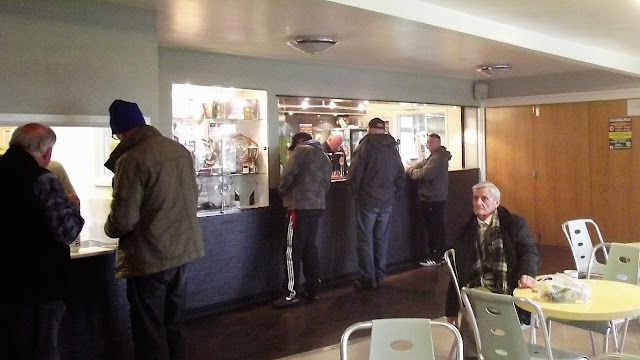 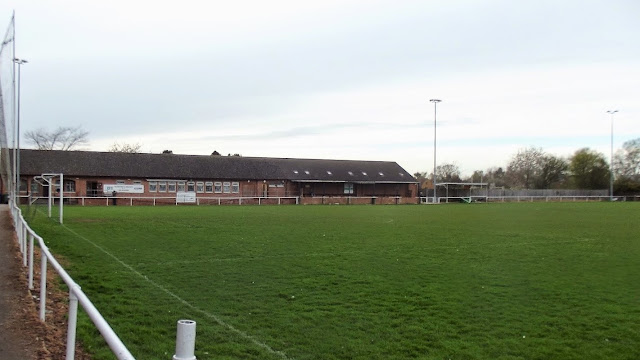 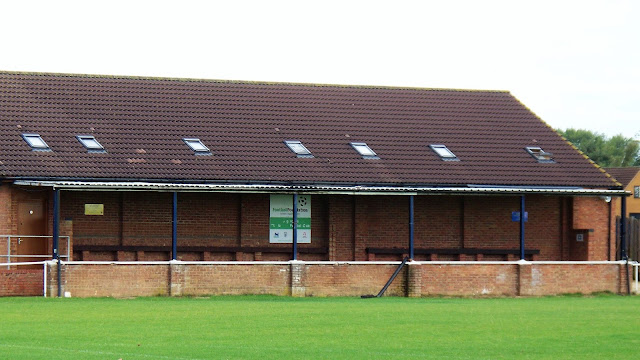 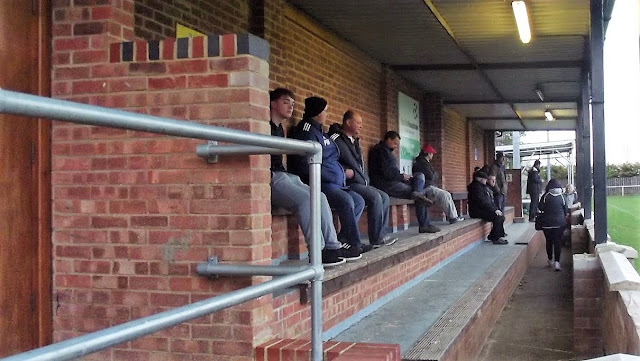 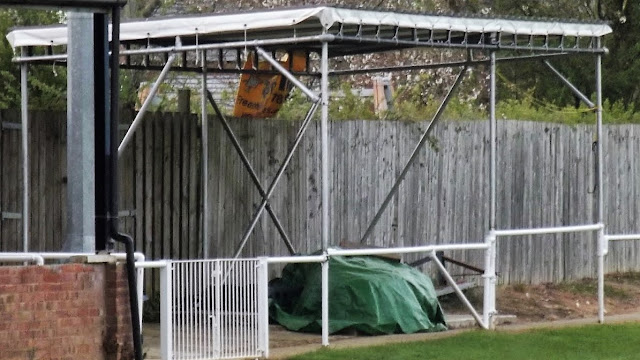 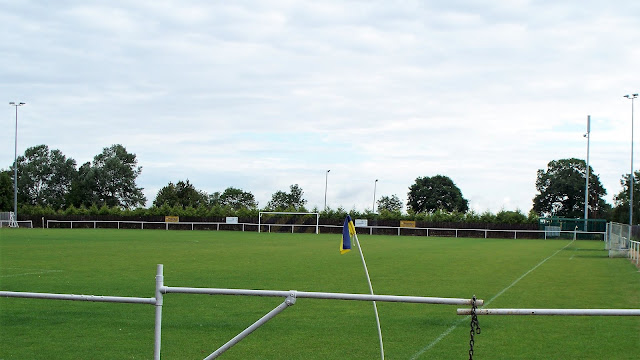 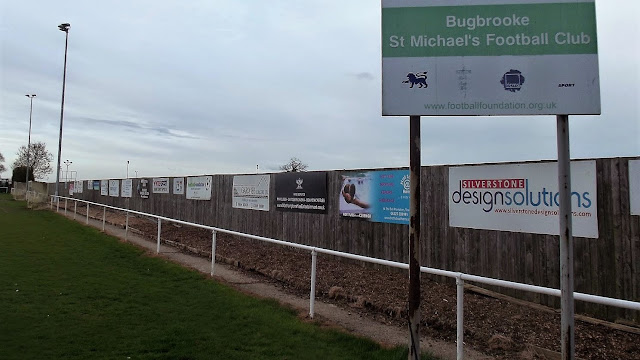 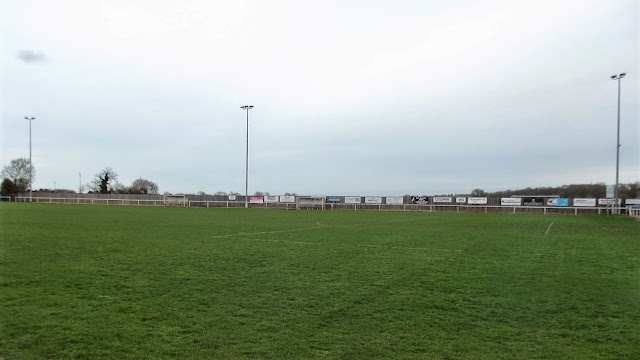