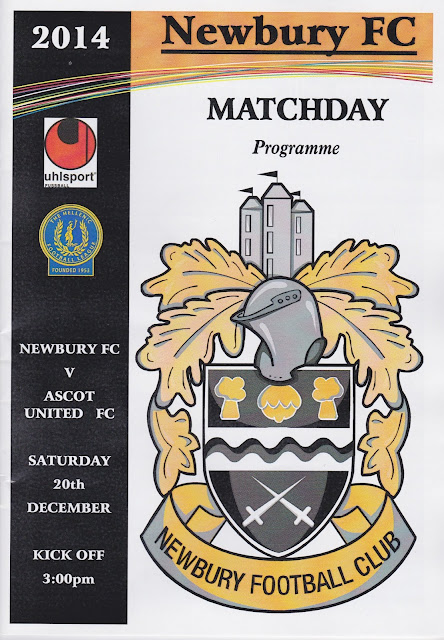 Newbury FC are one of the youngest clubs in football, having been formed in 2002. Despite their tender years, the club has progressed quickly in the 12 years that they have been around, after starting life in the Reading League Division 4. With successive promotions, they soon found themselves in the competitions top tier and after winning that league, they joined the Hellenic Division 1 East in 2008. After 3 high finishes in the next 4 seasons, they went up to the Hellenic Premier as Champions in 2012 and have since finished 15th and 19th in the last 2 seasons. They were struggling again this season and sat in 18th place at the start of the game, firmly in the relegation mire.

In the cups, their most successful season in the FA Cup came in their debut in the competition in 2011. They got to the Preliminary Round after beating Westcountry side Gillingham Town 2-1 nut crashed 9-1 to Sholing. In the FA Vase, they had a mini-run in 2012 beating Lydney Town 6-0 and Holyport 4-1 before losing 9-2 to Croydon in the 2nd Round. 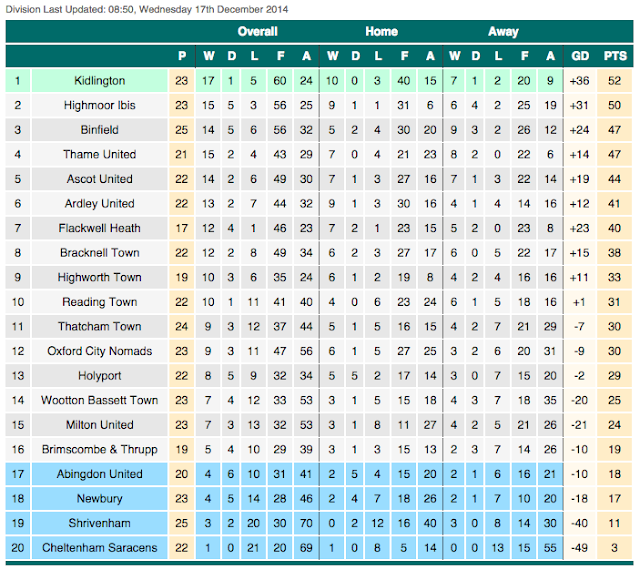 I knew that this Saturday I would be groundhopping alone, as Anwar had gone to Accrington v Wycombe. I did briefly consider it myself, but the crazy price of £20 to stand on an open terrace, plus travel costs put me off. Plus with the weather calling a lot of games off up there, there was always the risk that it would get postponed, however slim. So I made a list of 11 possibles - based on step 4 clubs that had decent pubs near them, but were over 50 miles away, plus everything at step 5 and below that I still had to do. Newbury ticked both boxes by having an interesting Micro Pub called the Cow and Cask nearby, and clocking in at 47 miles away. The other 2 up for consideration were Sittingbourne v Guernsey - with a 1PM kick off and a chance of a second game at 3PM, or Chipstead v Folkestone Invicta. I quickly discounted the first option due to distance and the fact that on Saturday morning I didn't fancy leaving so early. So with 2 options left, it was the power of social media that swang it for me. Newbury having a good reliable Twitter account that confirmed 'game on' and Chipstead's various accounts all being 2 years since an update had been posted on them.

I spent the morning chatting on Facebook and researching my blog. I left later than intended at 12.15, arriving an hour later. I was horrified to discover that Newbury Council wanted a fiver for the duration of my stay to use the club car park, so I just parked on the industrial estate outside the ground. I walked straight to the Cow and Cask micropub. It was about 15 minutes walk from the ground and offered 2 ciders from local producer Ciderniks. The owner was nice and friendly and the place modern and clean. I was glad I had tried neither cider and had a half of both for £3.60 in total, which left me with 5p to my name. It's always good to taste something proper and new, and this ticked both boxes. I feel it is important to support establishments such as this, to keep them going and I'd like to see something like this in Wycombe.  I went in hunt of a cash machine. Eventually, I found one and got out £20 before stopping at a takeaway called Kebab Korner for Samosa and chips. I made the 10-minute walk back to the ground, paying a bargain £5 for entry and a programme. Before the game, I took some pictures of the ground before taking a seat in the stand for the game. 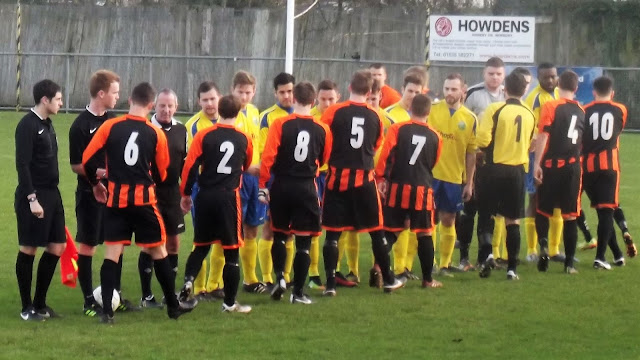 Newbury started the strongest but the finishing was way off target. Ascot started to come back into it and 5 minutes before halftime Jermaine Roche outmuscled the Newbury defence and finished well to give the visitors the lead. The second half started with Newbury on top again but failing to make it count. Eventually, though Ascot took control and they got their second on around 70 minutes with a scrappy goal that took advantage of poor defending on the home sides part. That was how it stayed until the end as the game petered out to its conclusion. Newbury can count themselves unlucky not to get something out of the game, but at the end of the day, lack of finishing and creativity in the final third cost them. On the way to the game, I noticed that my fuel was low, but I waited until after to fill up. I made my way to Sainsbury's to get it, also going in the shop to get some nice cider for MOTD later. I got home and typed my blog before having dinner and spending the evening playing Football Manager before watching MOTD and going to bed before midnight.

FARADAY ROAD is a decent ground for step 5, with pride of place the large main stand with around 500 seats. The rest of the ground is open and save for a few steps of terracing on the other side it is flat standing. There is a basic tea bar and a warm cosy clubhouse on site too. It might be worth parking in town if you don't fancy paying the rip off charges in the council car park near the ground, that said, there are a few spaces inside. Talking of the town, it is a pleasantly small and well-kept place with a reasonable choice of food places and a Wetherspoons pub. And as previously mentioned there is the excellent Cow and Cask which is well worth a visit 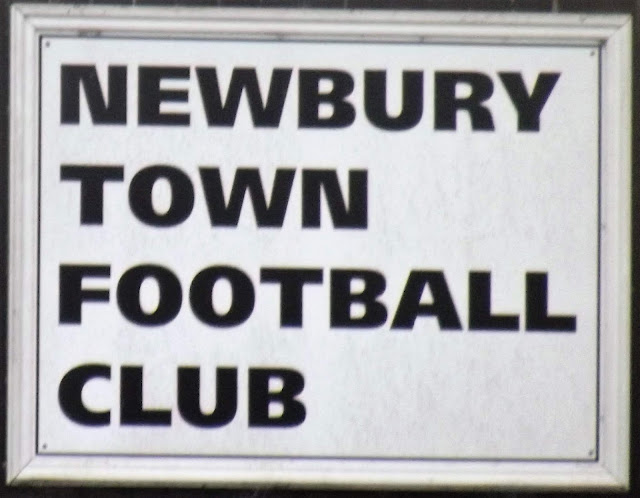 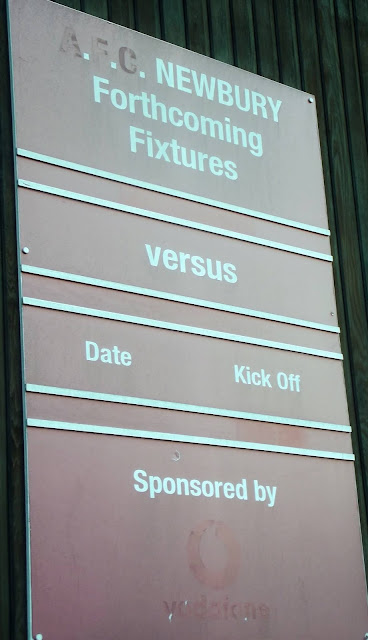 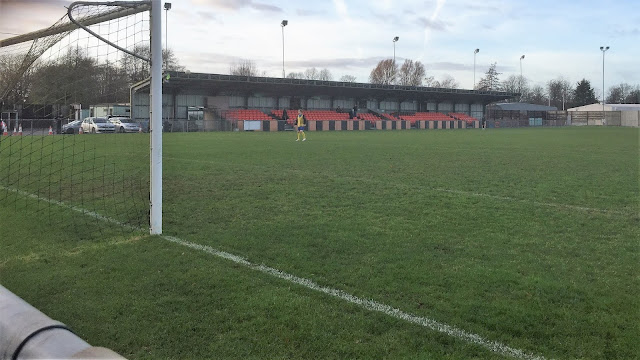 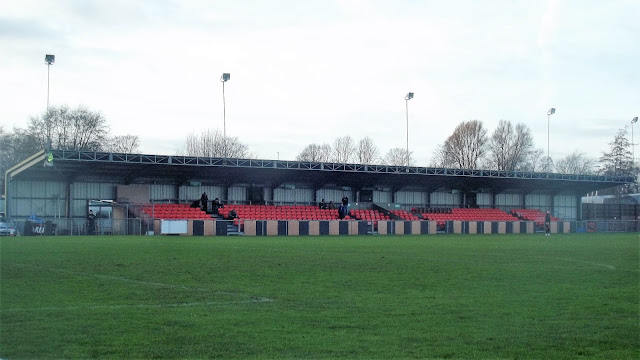 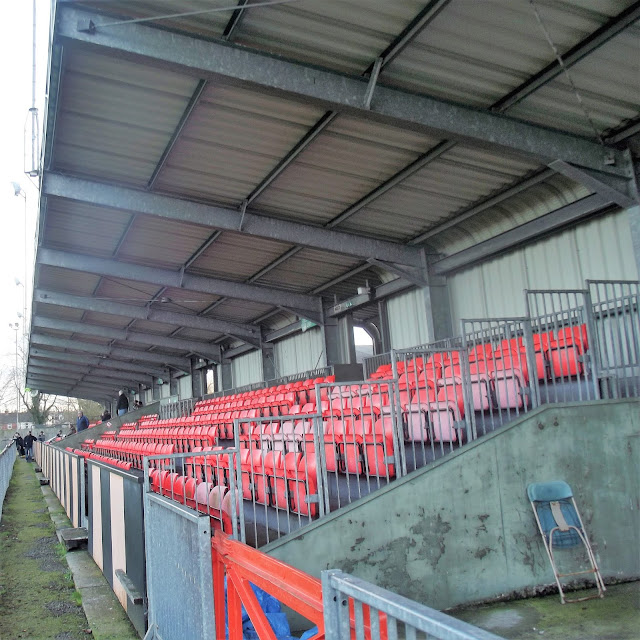 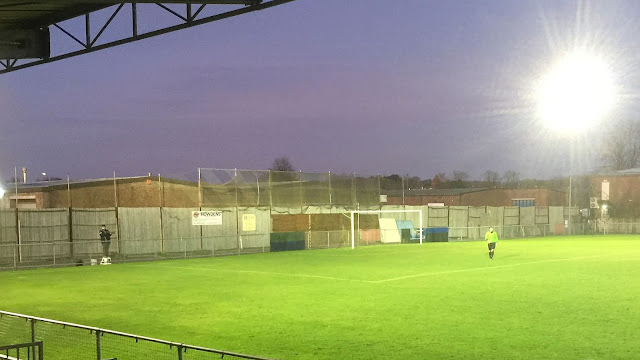 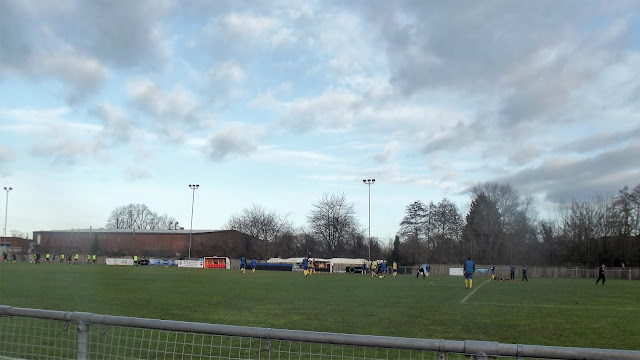 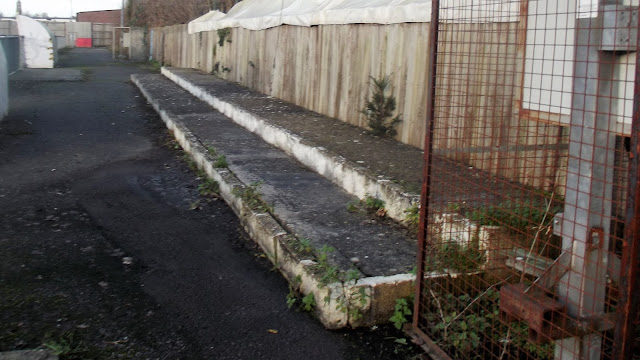 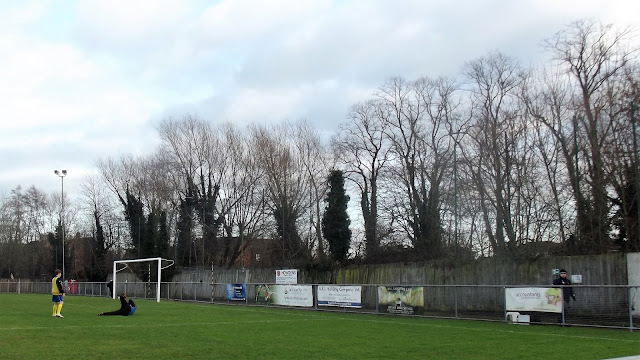