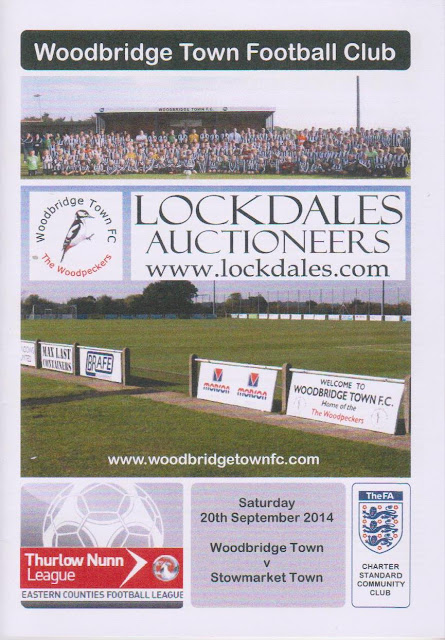 Woodbridge Town FC was formed in 1885, but they played in local leagues up until 1989, when they joined the Eastern Counties League Division 1. They adapted well to their new level and by 1994 had been promoted to the Premier Division. They had their best ever league finish in 1996 when they finished 5th, but last season they ended their 20-year stint in the Premier Division when they were relegated back to Division 1. Their best ever run in the FA Cup came in 2000 when they reached the 3rd Qualifying Round before going out to Hinckley United. In the FA Vase, they got all the way to the Quarter Final the previous year before going out to Hellenic Leaguers Thame United. Their record attendance came in 1990 when 3000 fans packed out the ground to see a Friendly against Arsenal. Away from league honours, they have won both the Suffolk Senior Cup and Suffolk Junior Cup on 4 occasions. They were finding life back in Division 1 tough, being all the way down in 14th at the start of play.

When the Eastern Counties Groundhop was announced, I was pleased to see that they had games at Woodbridge Town & Ipswich Wanderers. The hopper I do the most games with is Anwar, and he had already done those 2 when visiting his Aunt. We always try to do grounds that the other has done to maximise choice when we do hops together. I had heard good things about the club, and so was looking forward to visiting. There appeared to be no pubs near that were good for cider, but this was not a problem as the game kicked off at 12PM. I'd not had the greatest nights sleep the night before, only getting in around 4 hours. Last nights game was still on my mind and although I understood a little bit more about last nights fog postponement and the potential difficulties that the referee could run in to, I still felt he could and should have adopted, given the effort undertaken by the club to get the game on, and also the people to get there. But that was in the past, and fingers crossed, I had another 3 games to go to. I woke up around 6.30, and as I was stating in accommodation with a shared bathroom I decided to get in there pretty early before it got busy. As it was still early, I sat in my room and watched YouTube videos on my iPad until 8.30. From there I made my way to Morrisons for breakfast where I had a delicious plate of bacon, sausage, egg, fried bread, tomato and black pudding, all for £3.35. It had been tipping down when I went in but had subsided slightly when I got back, so I went off to Harwich & Parkeston to get some pictures of their delightful old ground. It was all locked up, but at least I got a few pictures of the outside. Then it was time to program the sat Nav for Woodbridge Town, I got there at 10.50 with a 20-minute delay on the A12 as someone had an accident and the police had to close it down to one lane. 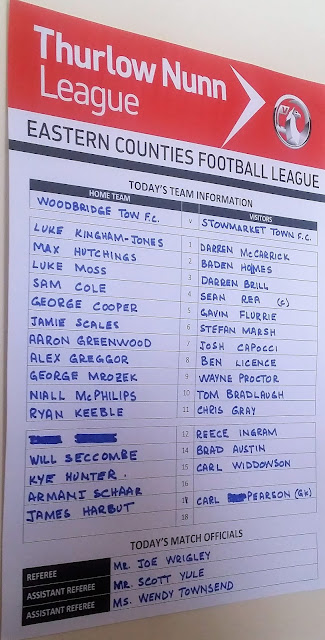 I got some pictures of the outside of the ground, before paying my £5 entry and going and sitting in the bar to type my blog. I then went and killed time before kick off by getting pictures of the ground and checking what had been going on Facebook. It was still only 11.30, so I decided to put some money in the club coffers via a pint of Strongbow as there was nothing I fancied from their merchandise table. Stowmarket made all the early running in the first 15 minutes and hit the woodwork, forced a great save out of the keeper and put a spectacular volley just wide. However, it was Woodbridge that took the lead on 16 minutes with a great shot into the top hand corner. A minute later they were awarded a free kick about 10 yards outside of the area after a player was pulled down. It was a great effort from so far out, going in off the woodwork to double the home side's advantage. The visitors got one back around 35 minutes with a header from a great cross and can count themselves unlucky not to be level with the chances they had. They continued the pressure in the second half and got the equaliser after 64 minutes after pinball in the home side's penalty area. There were not as many chances 2nd half, but Stowmarket continued to have the better chances with the home keeper getting the man of the match. Both sides had a chance to win it right at the death, but Woodbridge went narrowly wide, while their keeper made another great save at the other end. 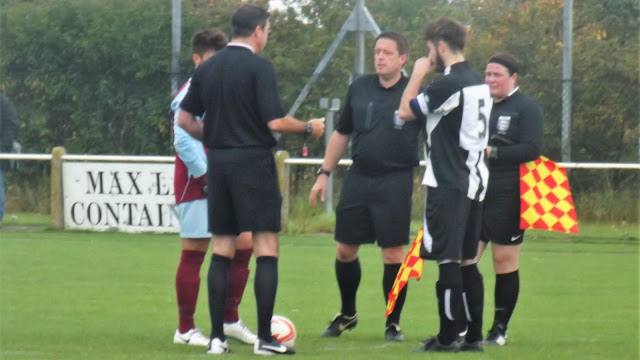 NOTCUTTS PARK is set in a fairly quiet part of the town. There is an old main stand holding around 150 and some new metal covered standing alongside it. The rest of the ground is open. The club shop had a good range of stuff, but it costs a bit more than some at this level. The tea bar is one of the best I have seen in non-league, let alone step 5, with a wide choice of food. The bar offers the usual range of drinks. 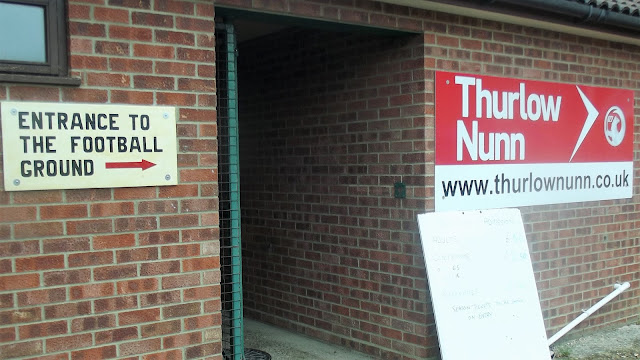 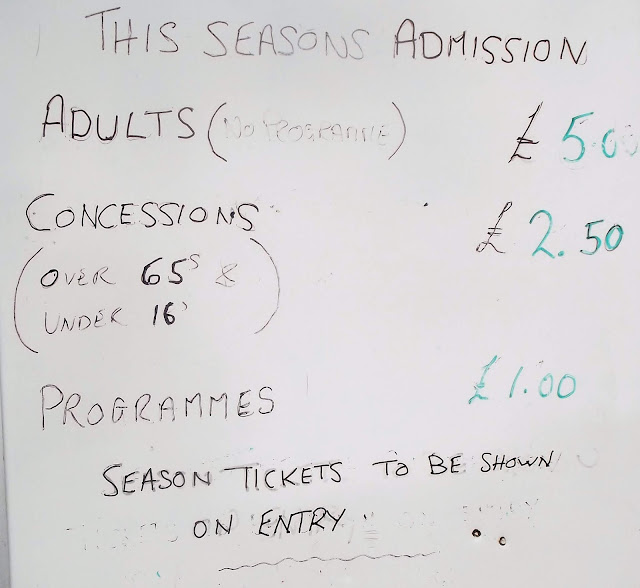 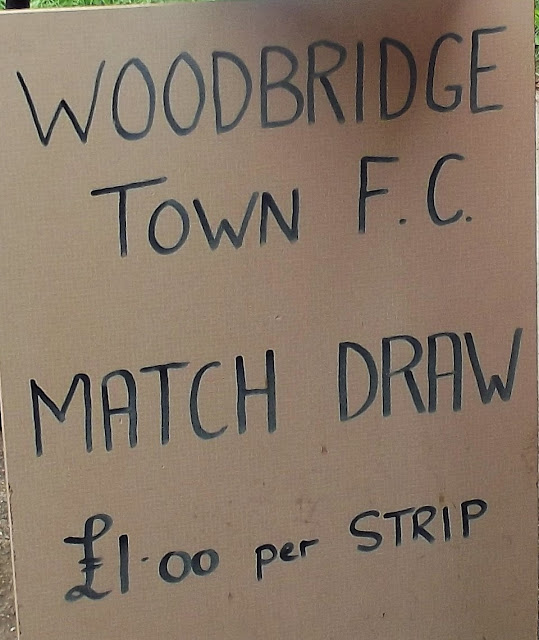 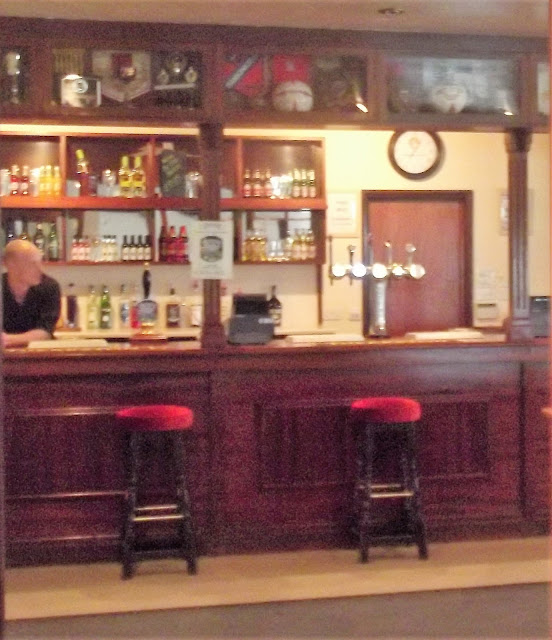 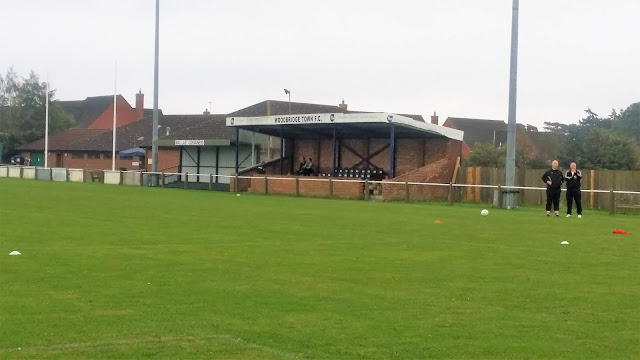 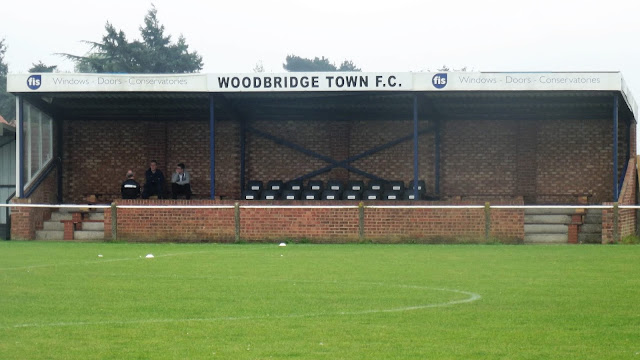 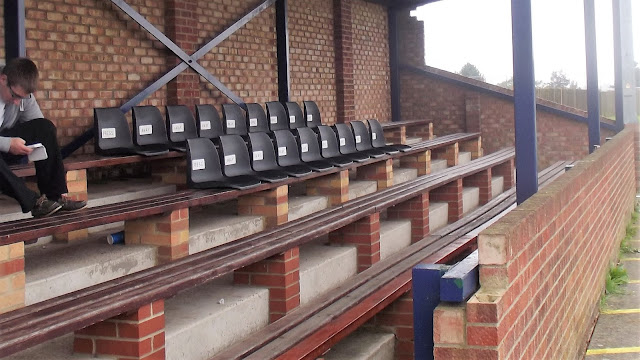 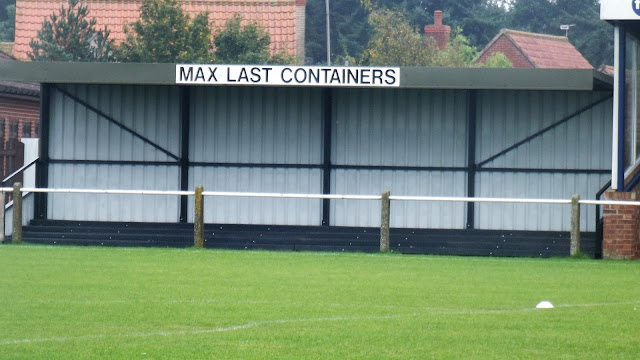 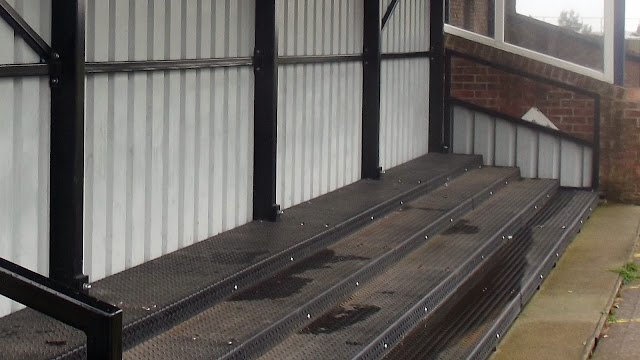 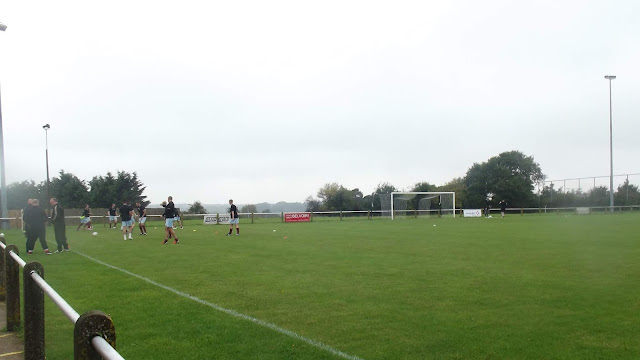 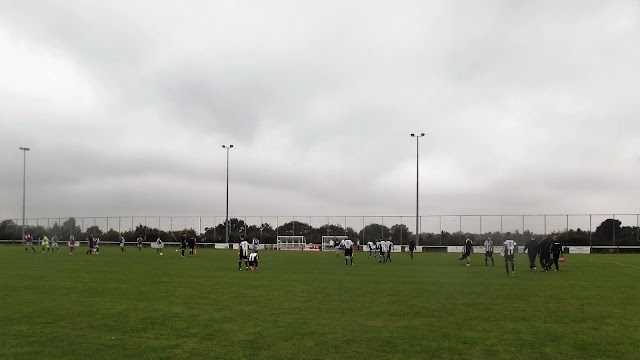 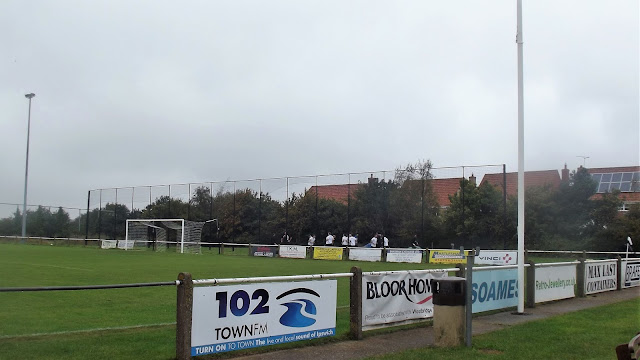