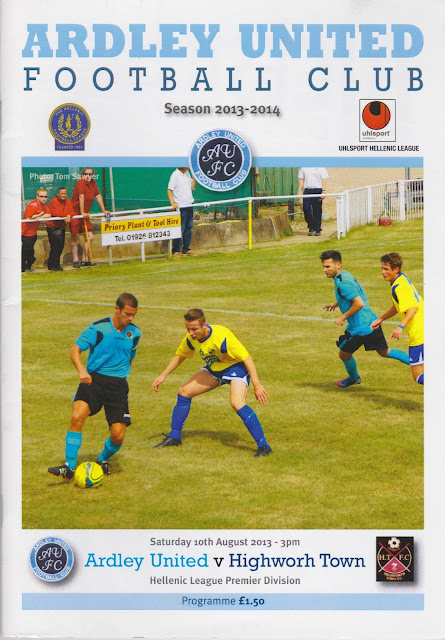 Ardley United was formed in 1950, and they played in local leagues, having real success in the early '90s. This allowed them to join the Hellenic League in 1993. After a series of good finishes, they were finally admitted to the Premier Division in 2004, and have remained there ever since. Last season saw their best-ever finish of runners up in the Premier Division, just 2 points behind Wantage Town, who won promotion up to the Southern League D1 South & West. Last season also saw a decent FA Cup run, with them beating Thame United & Hanworth Villa before losing to fellow Hellenic Leaguers Binfield in a replay. The best they have done in the FA Vase was in 2012 when they reached the 3rd Round before losing to Newport IOW. They have won many local cups in their time, most recently the Hellenic Floodlit Cup in 2013. 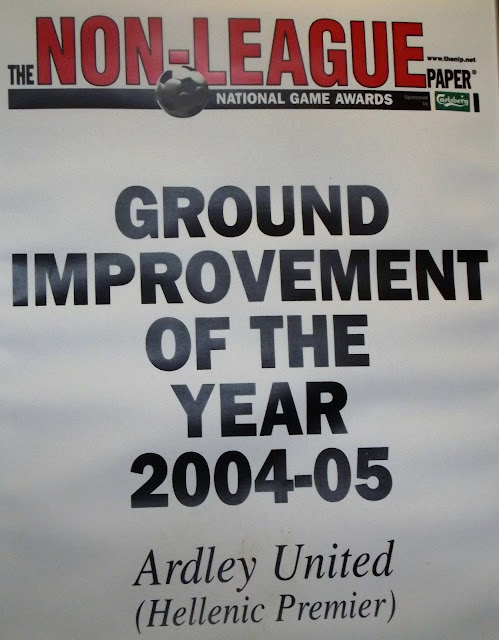 The games were coming thick and fast now. As well as tonight's game, I had a game at Chinnor tomorrow, plus the UCL/PDFL Groundhop on Friday and Saturday. With a game at Badshot Lea involving Spurs Legends on Sunday, it would bring my total number of games up to 8 in the space of the next 6 days, which would mean a lot of posts on here, as they were each at a new ground. Most of the viable grounds on this Tuesday were step 5, as I wanted to stay local, and with me having done a Spartan South Midlands one last midweek, I opted for a Hellenic one in Ardley United. They would play Oxford City of the Conference North, which should at least mean the chance of one or 2 familiar faces in their team. I was off as per usual for a Tuesday. I stayed at home relaxing apart from a quick trip down the shops to get some fruit and diet Irn Bru. In the end, I ended up drinking the whole 2 litres at home and just made up some squash to take to the game. I had a dinner of Chicken Arrabiata before leaving at 5.45, picking up Anwar in Aylesbury at 6.10. We were on our way soon enough, and it was a nice easy trip with us arriving at 6.50. 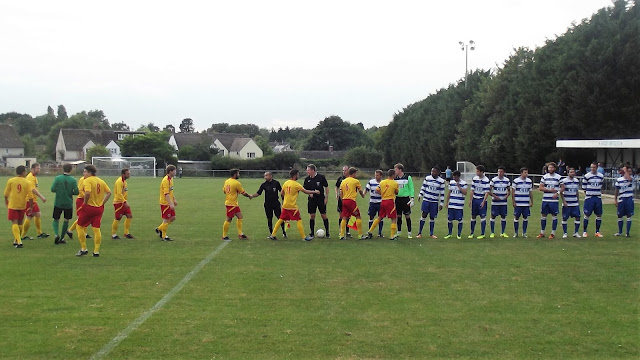 We paid a very reasonable £3 entry to a friendly gateman. He informed us that there were no programmes, but another nice guy who ran the small programme stall sorted us out with a couple of last seasons. He was really friendly, explaining that as they were a village club, tonight was a good attendance as they only got 15-20 for a league game. The first half was entertaining with chances for both sides. Ardley edged it and they had the best chance of the half on 10 minutes when their number 11 hit the post. The second half was less lively but still entertaining. Ardley won it with a penalty when there was a foul in the box. The taker dispatched it well, low and hard into the bottom right hand of the goal. Despite Oxford having the better of the second half, they couldn't equalise and it finished 1-0 to the home side in the night which was probably a fair reflection of the game. It had been another decent evening at a friendly club who deserve more support. I will certainly be looking for their results and potential games to go to when they are the away side, like with fellow Hellenic side Binfield, there are some really good clubs at this level. I dropped Anwar off at 10, arriving home myself at 10.20 and getting to sleep just after 11.30.

THE PLAYING FIELDS is a really nice modern venue set in nice surroundings. There is a standing cover behind the goal with a capacity of around 150, then the same along the side seating wise. The rest is open, apart from the far side which is fenced off. The bar was smart and had Thatchers Gold on tap cider wise and the tea bar was good too with a good range of food and drink. For programme collectors, they have a stall selling old issues from various non-league teams, plus they sell club badges too. Best of all, everyone at the club is really friendly and they deserve as many hoppers to get down there as possible, as the home support is small. 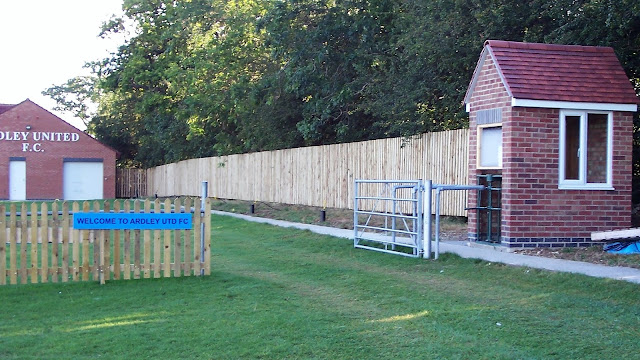 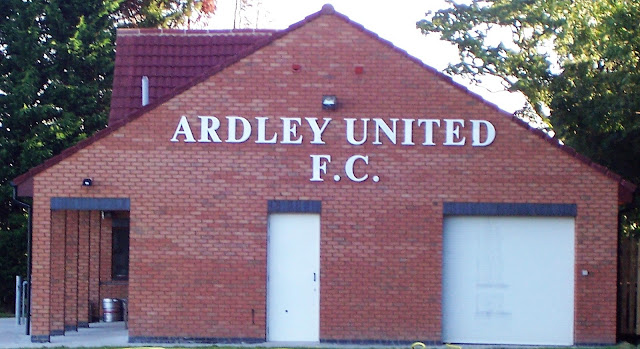 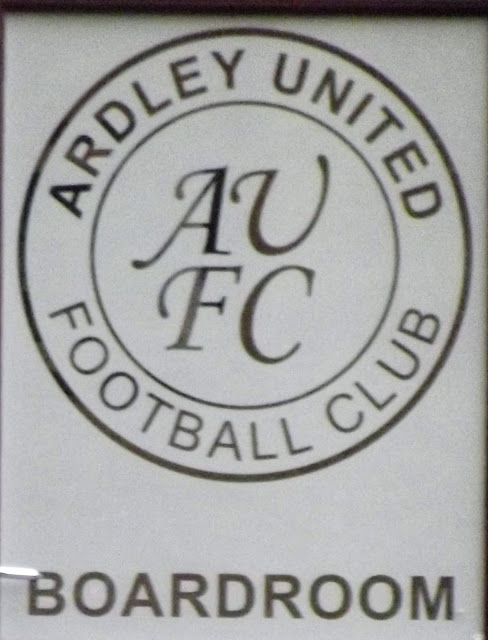 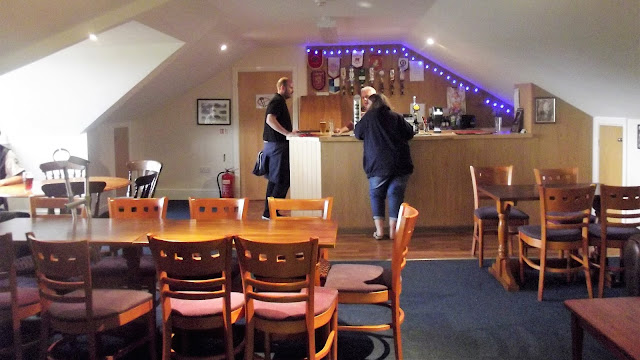 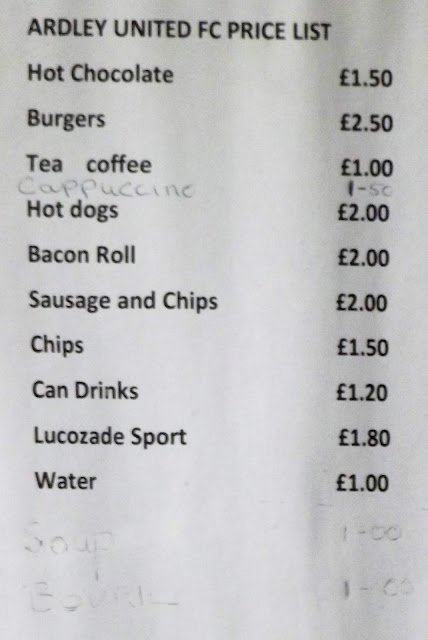 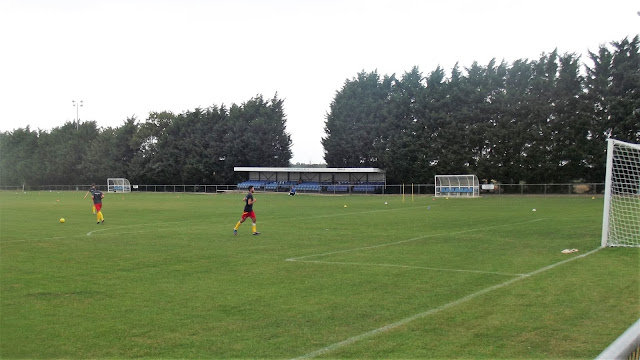 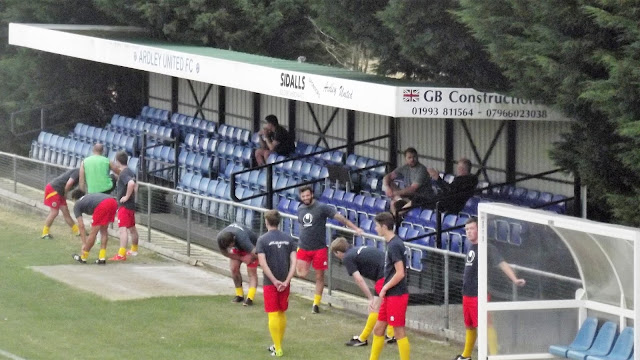 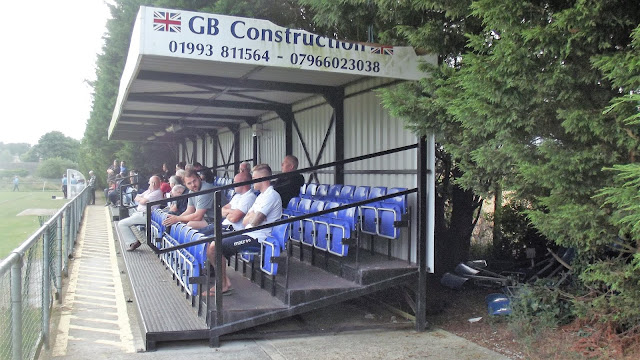 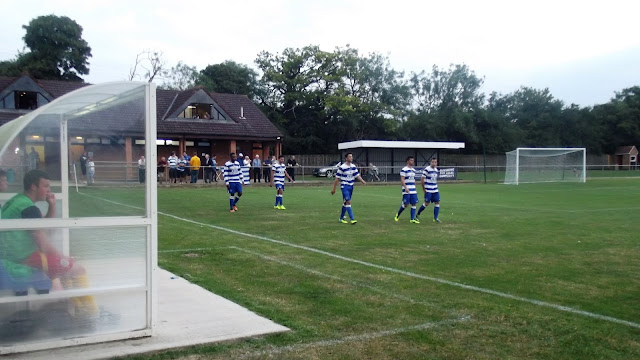 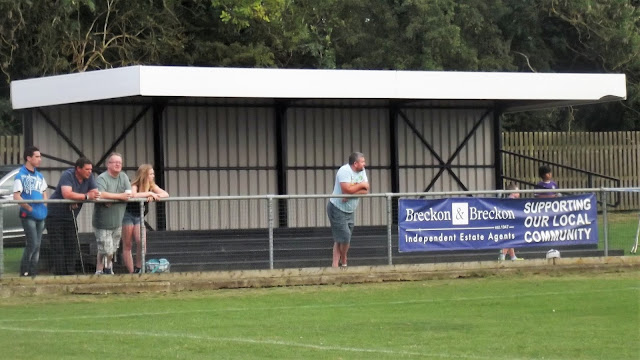 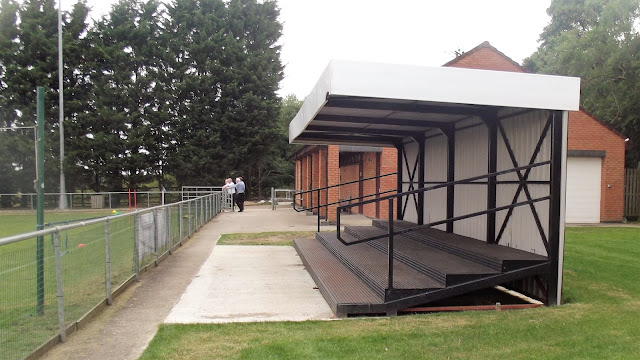 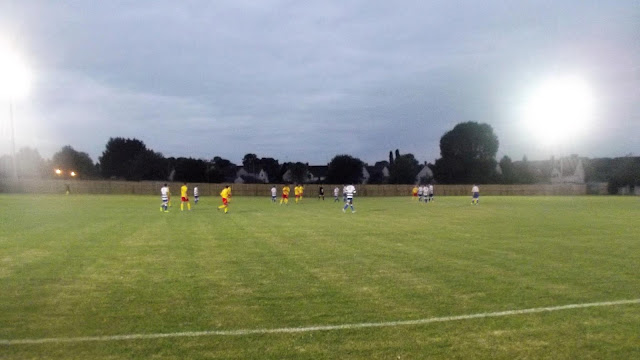 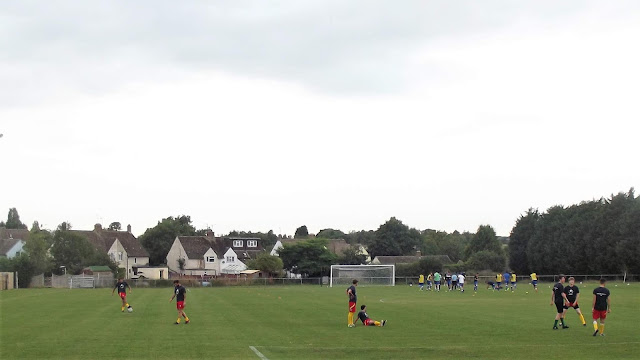 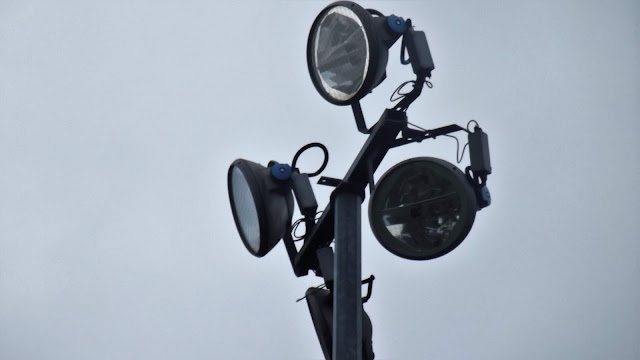 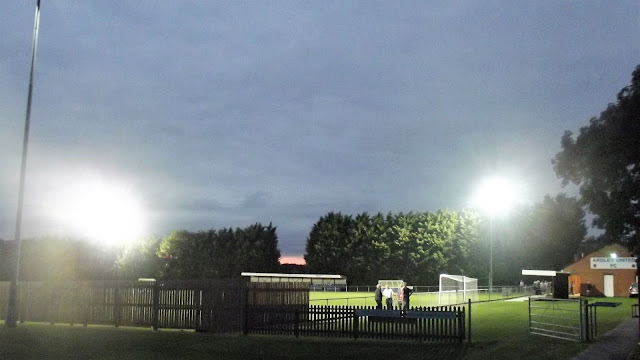