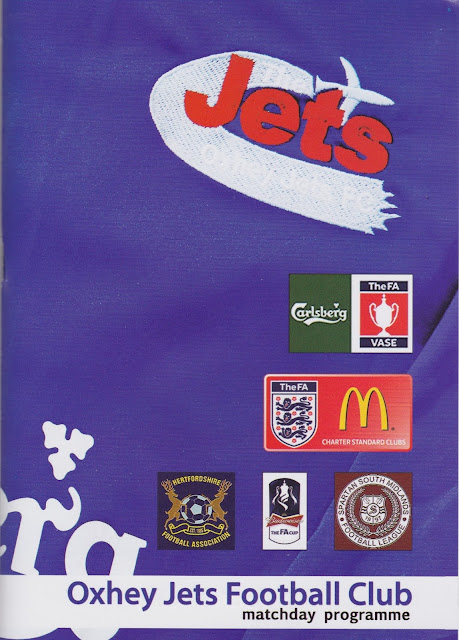 Oxhey Jets were formed in 1972 and played in the Hertfordshire Senior League up until 2004 when they earned promotion to the Spartan South Midlands League after a series of top placed finishes. They won promotion from Division 1 to the Premier at the first attempt and have remained there since, having their record finish of 3rd last season, thanks in no small part to Lewis Putnam who was subject of transfer interest from football league clubs after banging in 70 goals in that time. They have reached the 2nd qualifying round of the FA Cup twice, most notably in 2006 when they lost to current football league side AFC Wimbledon. The same season they had their best ever run in the FA Vase too, when they got to the 3rd Round for the first of 2 occasions. This time it was Ipswich Wanderers that stood in the way and triumphed 4-0. They have also won a fair few local cups, most recently lifting the Hertfordshire Charity Shield last season. Oxhey Jets sat 14th at start of play, despite being on a long unbeaten run. Recent results ranged from the sublime to the ridiculous, with four 0-0's and a 9-5 making up their last 5 results. 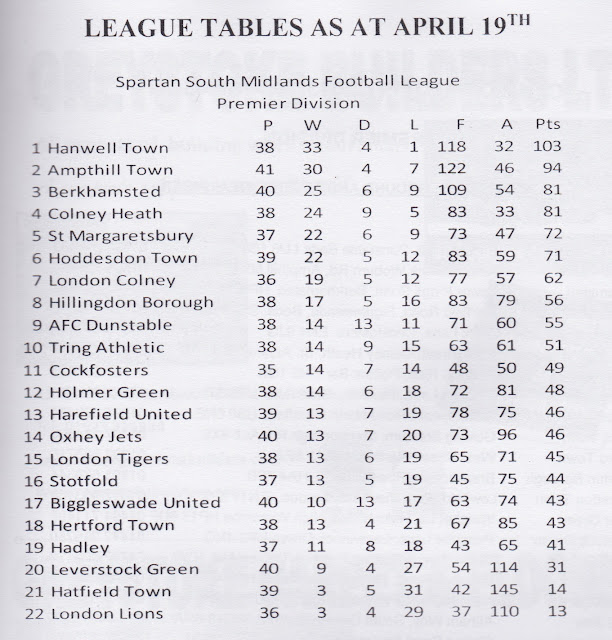 Oxhey Jets were probably the closest ground to me that I had not visited for a game yet. I had opportunities to do so this season, but the fact that I could take Anwar with me when I did it, even if it meant doubling the journey distance, meant that I chose more Southern options when I was alone. But with me being two-thirds of the way through completing the Spartan South Midlands League, and Anwar available, I decided to take in their game v Hillingdon Borough. I had actually been to the ground before, but only to take photos when I was over Watford way and wanted to see it properly for a game. I had only just been on the Northern League hop with 8 games in 3 days and so I was pretty weary. But with the season ending soon, it wasn't going to wait around for me. I only had about 5 hours sleep the previous night and had spent the whole day catching up on my blog. It took me on average a couple of hours all in, once I had done the research, the story of the day and the laying it all out. I'd had the foresight to lay the foundations for 3 of them before I went, completing those 3 and also the 4th one. But with 3 possible further games this week and not a lot of time to do them, time was not on my side and I was in danger of getting a backlog. I spent the last 20 minutes of the time I had writing this very paragraph, but would still have plenty to do in the upcoming day or so. I had a dinner of Chilli and Rice and left home about 5.35,  picking Anwar up at 6. After getting our stuff for football we were on our way and after going through Aylesbury and the A41 we travelled the 5 miles to Oxhey along a road which seemed to have more speed cameras than any other road I have ever been on. We got to the ground about 7, and after going into the bar to use the toilet, I paid to get in and was pleased to find that it included a free programme. I took some pictures of the ground, got sick of checking Facebook with Orange's pathetic internet speeds and took a place on the halfway line on the far side. 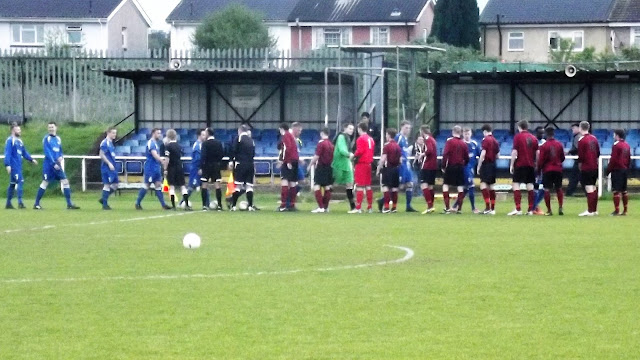 There were a few names I recognised from the teams. For Oxhey Jets there was Lewis Putnam who had been the subject of transfer interest from Wycombe after scoring over 70 goals last season. He spent a week on trial with us but we turned him down. Instead, he went to Wealdstone and got a long term injury, and that was the last I heard of him until tonight. For the visitors, there was the Gradwell brothers, Robert and Kieran who played for Wycombe's youth and reserve teams when I used to watch them. The first half was entertaining and was real end to end. Oxhey opened the scoring on 22 minutes after Putnam put the ball through to Lee Armitt and he fired into the corner. Apart from that though, Hillingdon Borough were shading it. That's how it stayed until the break. At half time it was quite chilly so I got myself a Bovril. The second half started in much the same vein as the first and Hillingdon Borough got their equaliser which was very similar to the Oxhey goal. Hillingdon seemed to spend the whole game whinging at the referee, but they were still on top. They played some really neat stuff and were unlucky not to win. I'd say the man of the match was their Nicholas Bendtner lookalike Paul Somers who played right back. It had been a good entertaining contest, as had a lot of games I had seen in this league. The game finished about 9.30 after injury time and after dropping Anwar off just after 10 and getting home myself at 10.25. I got to sleep quite quickly for once and nodded off just after 11, when usually for a midweek game I'd be up until midnight at least. 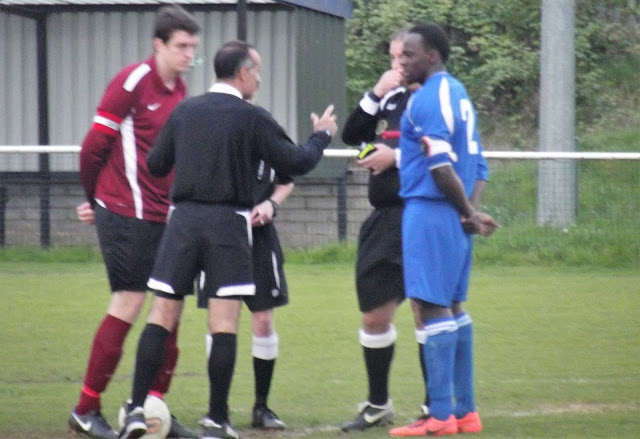 BOUNDARY STADIUM is pretty standard for the Spartan South Midlands League. The main covered accommodation is all along one side with a couple of small seated stands and some covered standing. There is also a stand in the left-hand corner, and this appears to be the original stand as you can see where the dugouts have been beforehand along where the side stands are.

Apart from that, it's open standing. As for the tea bar, while the tea is cheaper than most grounds at 80p, the Bovril is £1.50, which isn't much less than you would pay at a league ground. It's a lot nicer though. Other than that, they do the usual range of hot food. There is a bar outside the ground, but I didn't go in on this occasion. 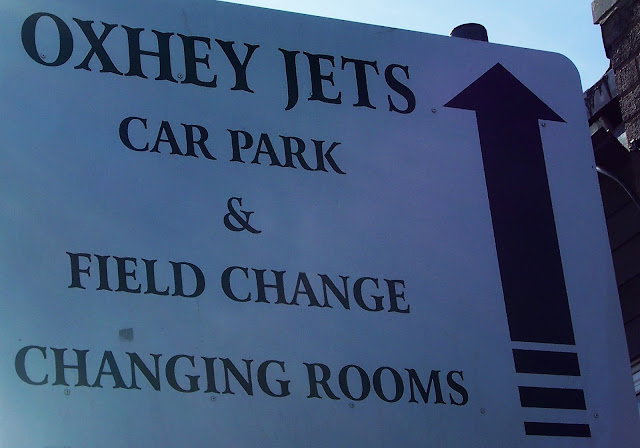 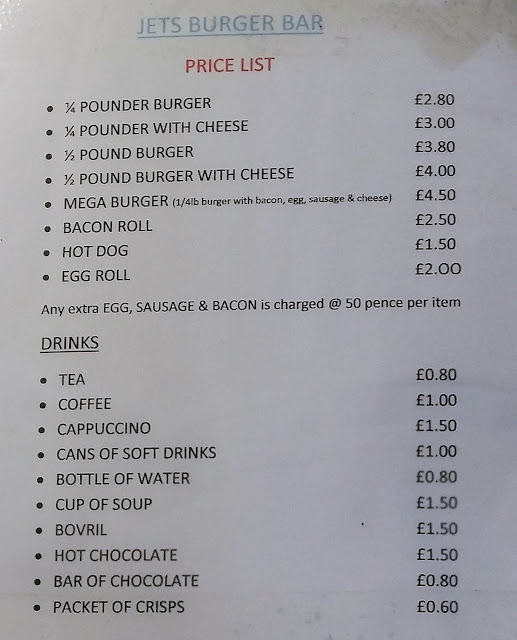 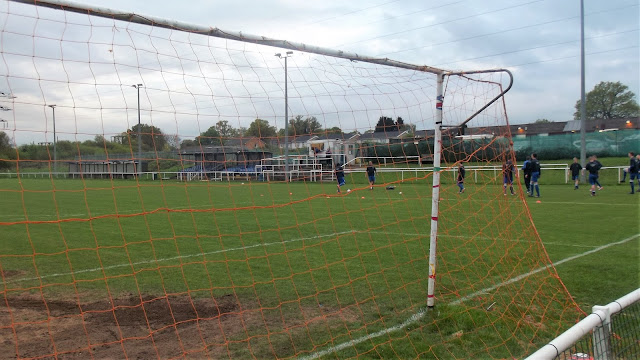 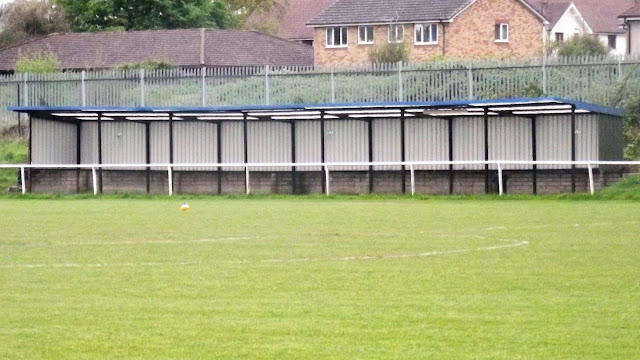 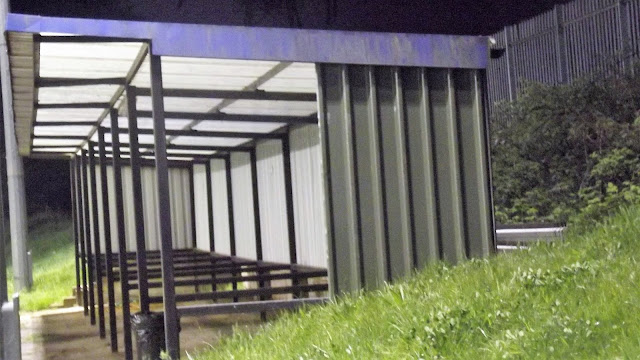 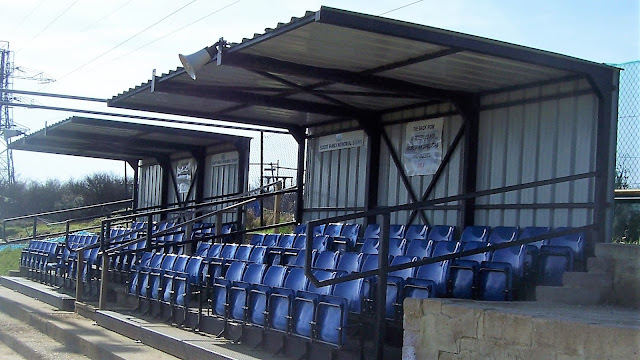 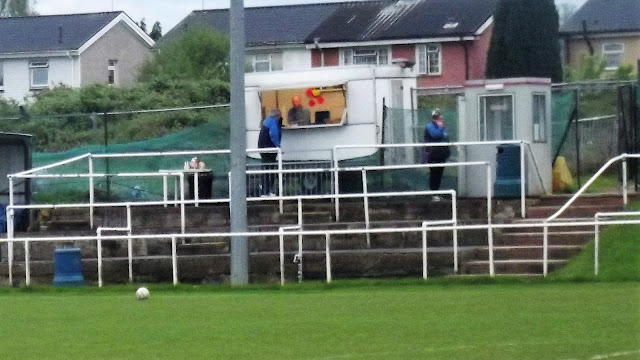 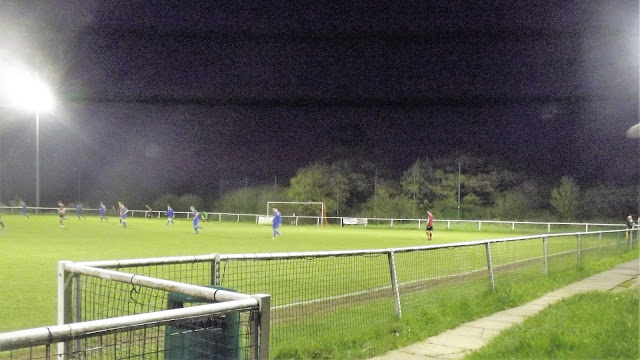 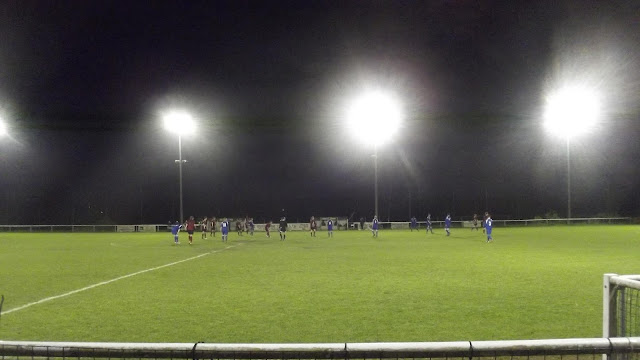 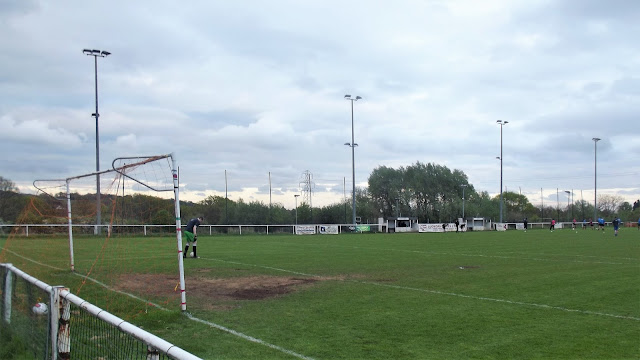 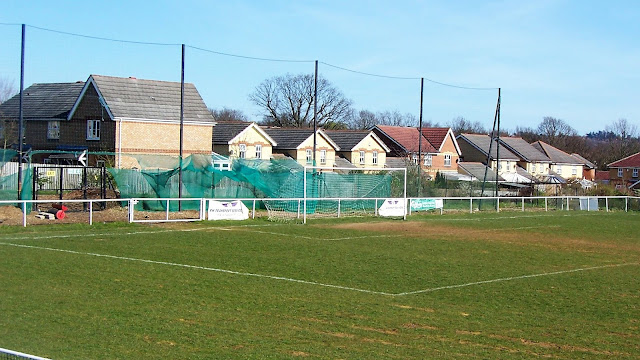 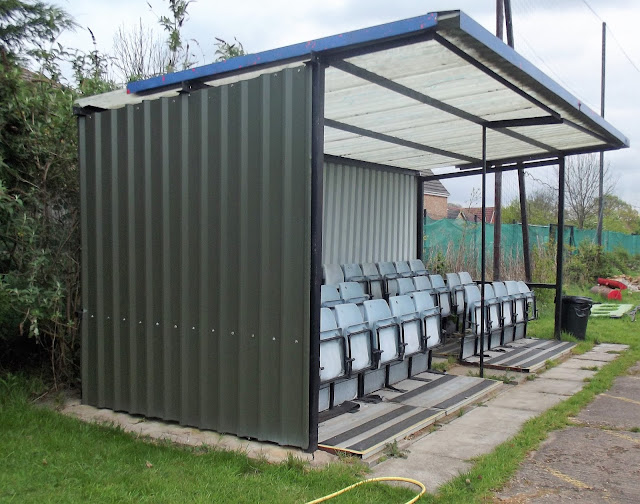