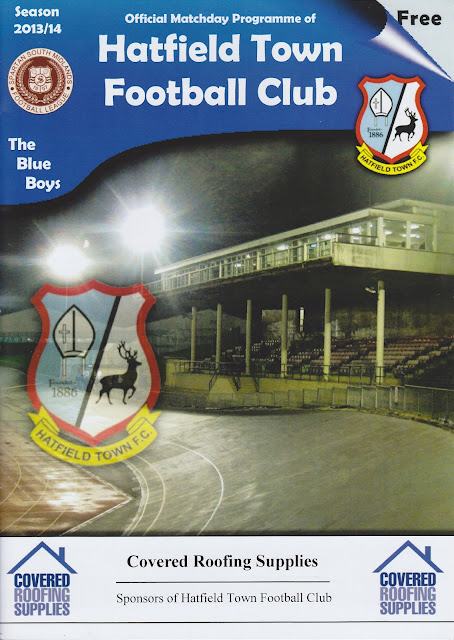 I had stopped to take pictures of Hatfield Town on the way to Stevenage Borough a couple of seasons ago and had been impressed with the size of the main stand. One drawback though was the fact that there was a velodrome and an athletics track in between the stand and the pitch, however, fellow hopper Laurence assured me that that could be alleviated by the sheer height of the stand and advised that the best place to watch from was the bar. Not that I was thinking of drinking, one of my New Years' resolutions was to cut down a little bit and I would be out for my Mum's birthday tomorrow in any case. As for Hatfield Town themselves, Wikipedia revealed little but I did find out that they were playing at the highest level that had ever been, having been promoted twice in recent times. The best they had done in the FA Cup was the second qualifying round on four occasions, the most recent being 2011/12 when they beat Sawbridgeworth Town before gaining 2 notable scalps in Enfield and Barton Rovers. However, their dream was ended as they lost 3-0 to Leighton Town. Looking at the league table for tonight's game, and having followed it all season in the Non-League Paper, Holmer Green in a mid-table position of 12th. Usually, they were struggling, being one of the smaller teams in the league. They were usually embroiled in a scrap to stay up and that was where tonight's hosts, Hatfield Town found themselves. They were in 21st place but with only one side going down, they still had a cushion of 4 points over the bottom side, London Lions. 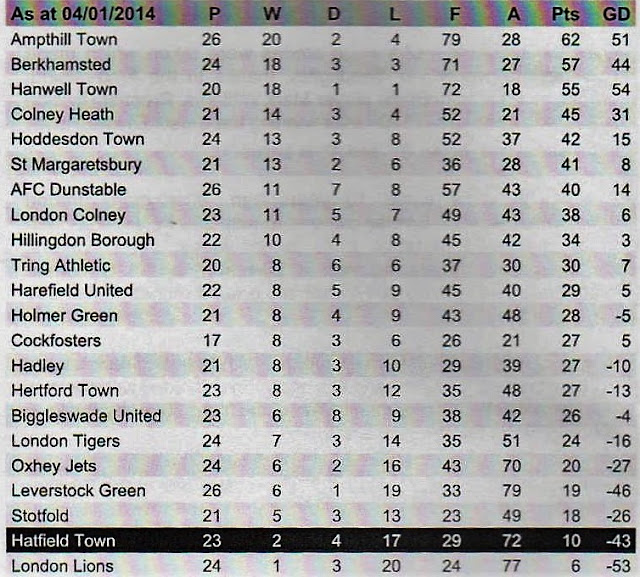 Originally the plan for tonight had been to go to Kettering Town v Redditch United in the Red Insure Cup. I had been planning to go last week too, but an afternoon postponement saw me having to change my plans. That week I went to Leiston, a hell of a trek for me for a midweek game, which surprisingly had little effect on me the next day, surprising as I was up at 4am and only got a couple of hours sleep. On the day of the game I was fully expecting the game to go ahead, so much so that I spent the morning doing some research on Kettering Town and writing my blog, or at least starting it anyway. They had a game at home on Saturday which they won 5-1 and there hasn't been a huge amount of rain since. Things started to look dodgy around lunchtime when they announced a pitch inspection. Sure enough at around 2.30 it was called off and I was texting Anwar with a list of alternatives. I had no real preference, possibly swayed to Mickleover Sports v Scarborough Athletic, but happy to go anywhere. I got a reply saying he didn't want to go far, so we settled on the nearest - Hatfield Town v Holmer Green in the Spartan South Midlands League - a league in which I had done a fair amount of games in. 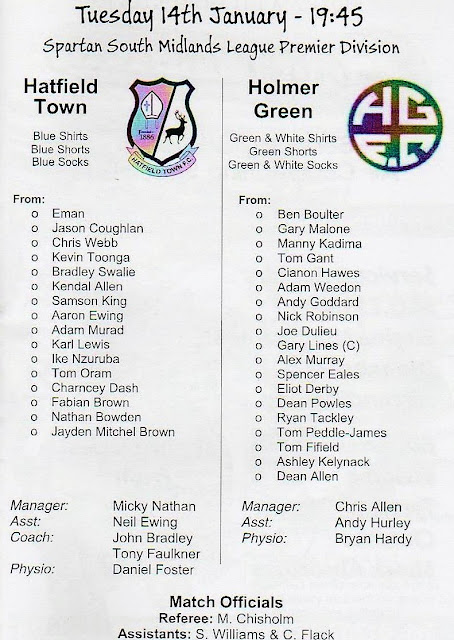 One benefit of going so local was that I could leave late, this meant that I could leave later and eat dinner at home. I had arranged to meet Anwar at 6.15, so left at 5.35, allowing 40 minutes to get to him with the rush hour traffic. I had a nice beef rendang for dinner which set me up nicely for the evening. I got to Anwar's 5 minutes early and we had a pretty good journey to Hatfield, or to be more precise Welwyn Garden City where the ground is located. The entrance was quite hard to find and in the end we ended up taking the players entrance down a muddy bank. We paid the gateman who gave us a free programme and told us a lot of people make the same mistake. The ground was a strange one but a pretty good one for an athletics stadium. We went around taking some pictures before going out again and watching from the bar. It was nice to sit in the warm for a while and the view from the balcony was excellent. 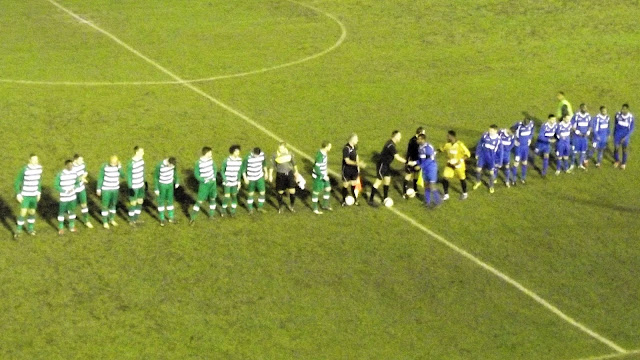 During the first half we got chatting to a nice couple of people. A bloke who lives in Enfield but who goes to every Hatfield game home and away. And a lady who lives nearby but who is a Newport fan. The talk helped an entertaining first half go quickly. The game was pretty even. Holmer Green took the lead first - dodgy marking at a corner left a player unmarked for an easy finish. But a much better goal was Hatfield's equaliser, their Morrocan number 7 Adam Murad powered in a shot from outside the area. He was their best player but the teams were fairly even and it was all square at the break.
The second half was more of the same. Hatfield had some gilt-edged chances but just couldn't put them away. It was fairly even but it was visitors Holmer Green that won it when they finished off a nice move. There was still time to get it back, but it just didn't happen. It was a quick journey home, dropping Anwar off at 10.30 and getting home just before 11. There were some interesting football results - Kidderminster overcoming Peterborough in the FA Cup, happily though there was no giant-killing as Wigan put MK Dons out. Barrow won 2-1 at Brackley which is a great result for them and some of my mates. But my poor mate William went all the way down to Forest Green. 5-6 hours on a coach, only to see the game abandoned due to a floodlight failure. A nice touch that I saw was that local team Cleethorpes Town were offering free entry to their game tomorrow to anyone with a ticket from the trip. Finally, what a win for Hyde, winning 2-0 at Welling to beat a barren run of 27 games since tasting victory. 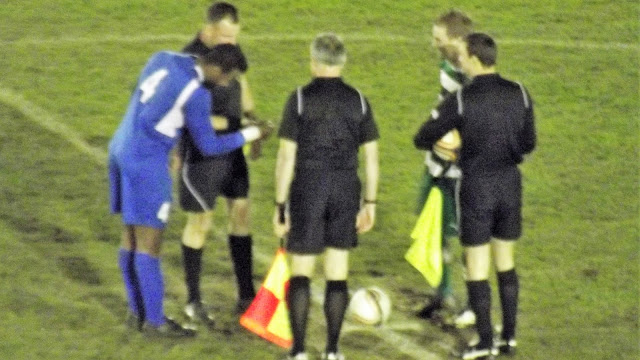 GOSLING STADIUM doesn't sound that appealing when you think of it being an athletics stadium. After finding your way in which is a bit of a mission in the dark you get down to the pitch side which is quite elevated and offers a reasonable view. The stand probably holds a few hundred and there is covered terracing too. Overall I'd say there is room for a few thousand. The best view is to be had in the bar. From the balcony it's like the view from a Premiership upper tier. The bar itself is smart and modern and offers a fair range of drinks. Their is also a tea bar which sells hot drinks for cheap prices. The only club merchandise they had was metal badges but overall I'd say this friendly club are well worth a visit. 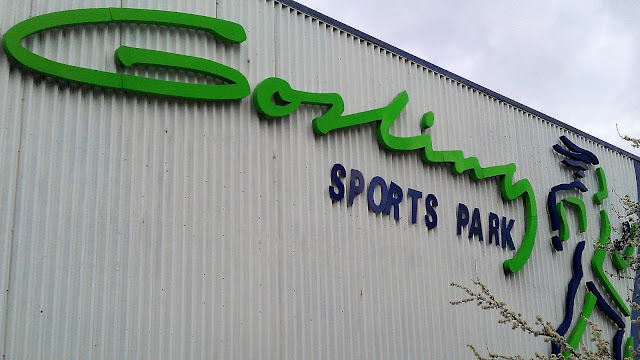 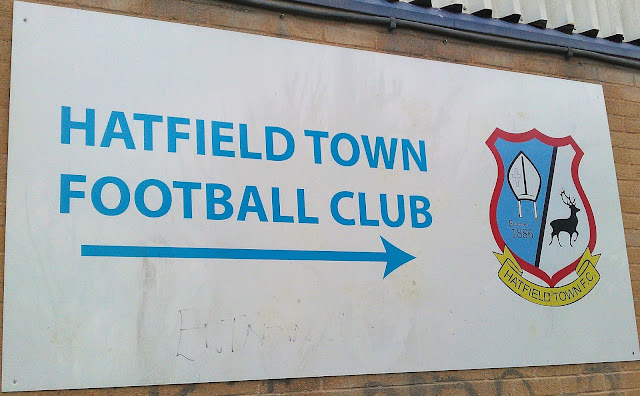 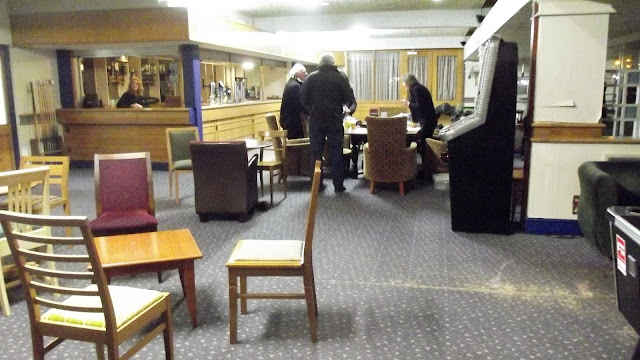 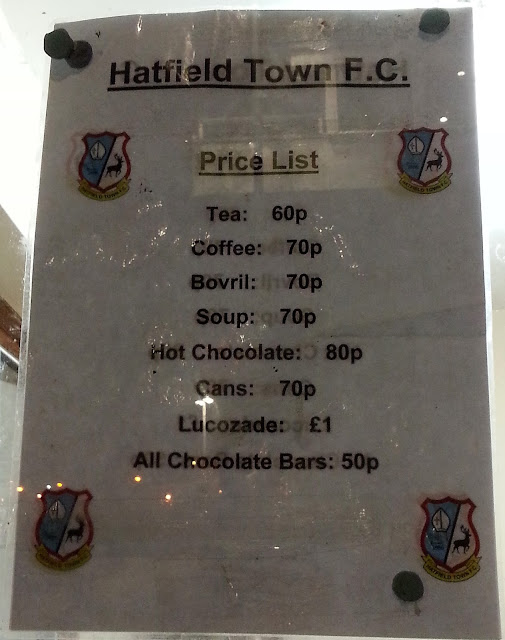 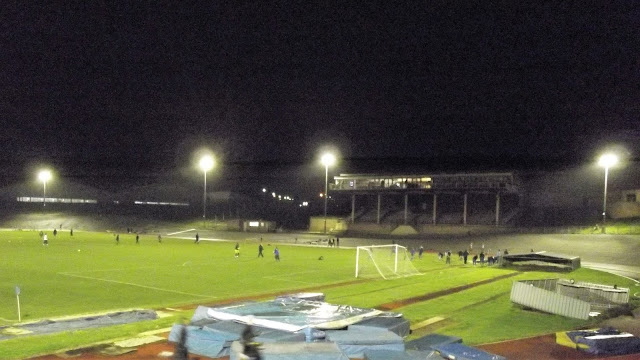 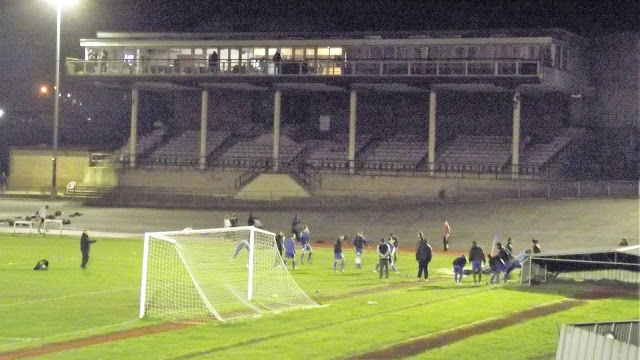 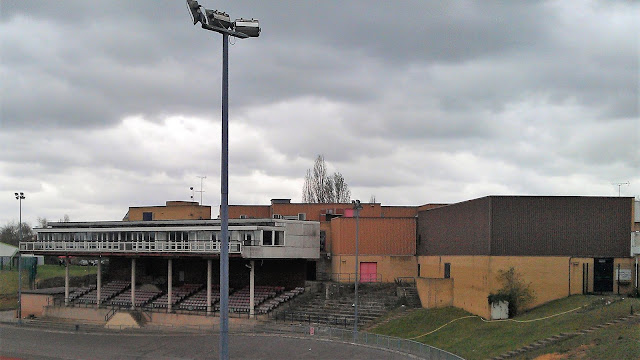 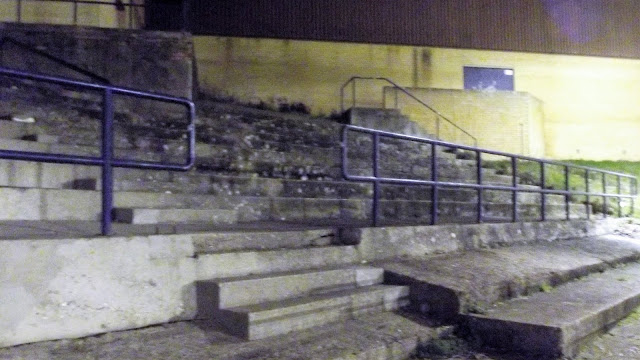 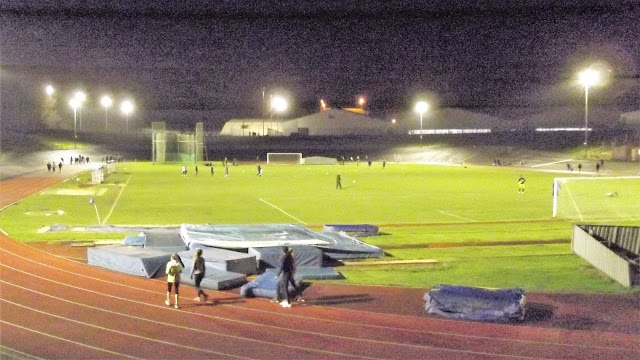 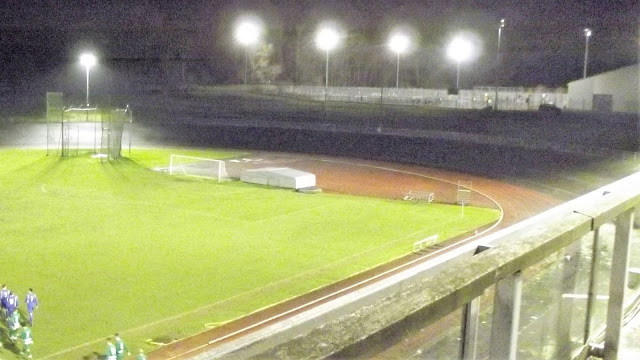 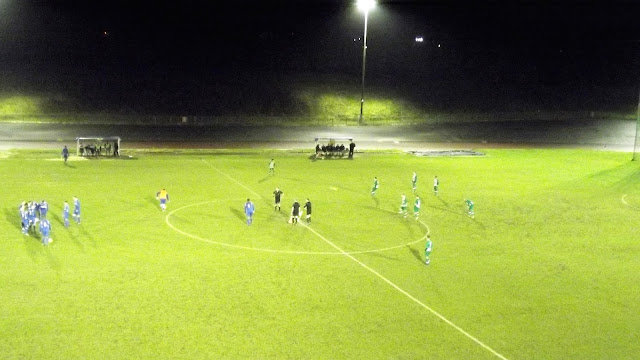 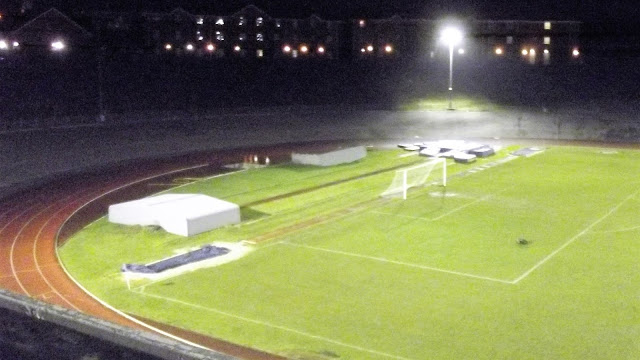