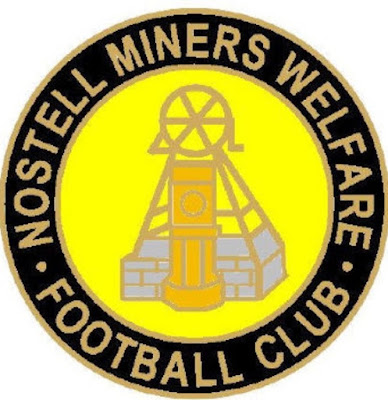 The club was founded in 1928 and spent their early years in the Wakefield & District League, winning it in 1938. After a spell in the West Yorkshire League where they won a League & Cup double in 1967. Shortly after, they returned to the Wakefield & District League where they stayed until 1982. That year they rejoined the West Yorkshire League, eventually working their way up to the Premier Division in 1997. A third-place finish at the turn of the century was a great showing and 5 years later Nostell Miners Welfare were crowned champions. The following season, another 3rd place finish was good enough for promotion to the Northern Counties East League in 2006. Starting in Division 1, Nostell were an immediate success, finishing 4th and winning promotion to the Premier Division. The following season, 2007/08 was the most successful in the club's history, with a 5th place finish. They'd remain in the Premier Division until 2016 when they finished rock bottom. Last season was even worse, just 3 wins all season and 132 goals conceded as the club finished bottom of Division 1. This season has seen a slight improvement with Nostell Miners Welfare sitting 18th after last weekend's games.

The club made their FA Cup bow in 2008 when they drew 3-3 at North West Counties League side Winsford United. The replay was won 2-1 before a defeat to Warrington Town after a replay in the Preliminary Round which remains their best ever progress. The FA Vase 3rd Round was reached in 2008 - Poulton Victoria, Ashton Athletic and Ryton being beaten before a 1-0 defeat at Stone Dominoes. In terms of local cups, the NCEL Presidents Cup was lifted in 2009, the West Yorkshire League Cup in 1967 as well as a cup whilst touring Belgium in the 1950's.

The club as formed as a result of coal mining at the pit of Nostell, which started in the 9th century and continued up until 1987. Many workers there moved to the Selby Coalfield, but that itself closed in 2004.  The club is actually based in the village of Crofton, which according to the 2011 census has a population of 5,781. Today it is seen as a commuter village, but still boasts post offices, schools, chip shops and an Indian restaurant amongst its facilities. It is also well connected by bus to the nearest city, Wakefield, which is around 4 miles away. Famous people from the village include the Bronte sisters, Sir Titus Salt, who built the mills of Saltaire and lends his name to a Wetherspoons pub in Bradford as well as footballer Harry Roberts who played for Leeds United, Plymouth Argyle and  Bristol Rovers between 1925 and 1939. 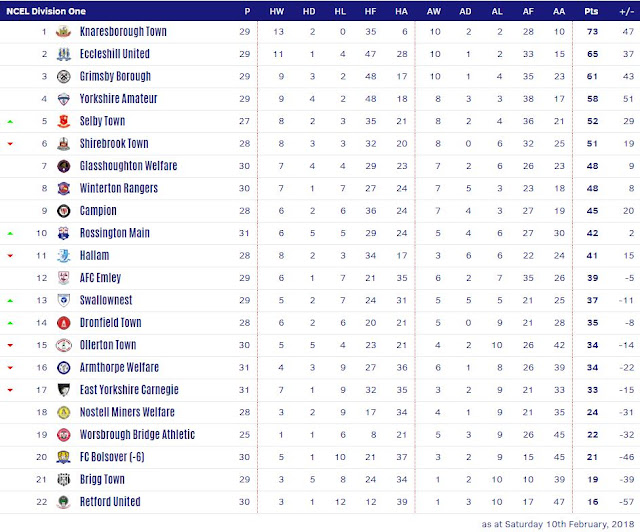 Back in January, I booked this weekend off work and with Wycombe playing at Cheltenham, a ground I had recently visited, I was always planning a trip away. There were a wealth of options, around 15 in all, but I narrowed it down to 3 favorites for my Friday night game. Aberystwyth Town was a ground I had wanted to visit for ages, but that ruled itself out due to expensive accommodation - the cheapest B&B starting at £45. The other 2 options, Nostell Miners Welfare and Billingham Synthonia were level pegging until a proposed merger between Ossett Town and Ossett Albion forced my hand. Having visited Albion, but not Town, I was well aware that one of those could quickly cease to be used should the merger go ahead. After checking the fixtures and seeing that Ossett Town were at home, I booked a hotel less than 2 miles from Nostell Miners Welfare's ground for just £21 a night, that of course after checking that the weather would not put the game into doubt. 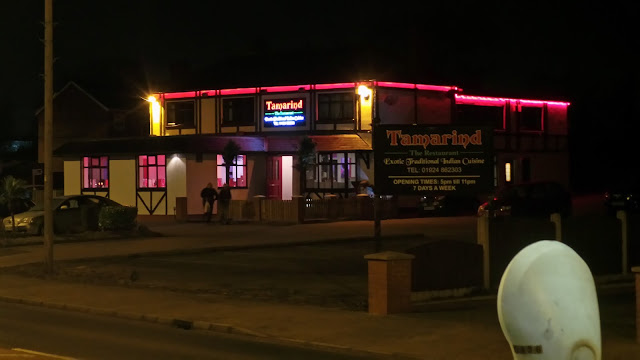 It had been a fairly dull week leading up to the game, though I was pleased when Wycombe beat Swindon 3-2 on the Tuesday in another good game. Generally, though, the week dragged, especially with work being a pain again.  It was a fairly busy day and I was pretty tired by the time I left, having a spicy chicken wrap and chips before I left at 1. The journey up was a pain, featuring several route changes due to the roads being dreadful and taking 4 hours. It ruined any pre-match plans that I had, with a brief stop at Co-Op to get some cans meaning that I got to my hotel at 5. It was a bit tricky to find, with absolutely no signposting. Luckily I remembered a note from a TripAdvisor about it being behind an Indian restaurant and shortly after I was checked in. There was a bit of confusion about what room I was supposed to be in, but it was all very friendly. I checked out the restaurant on Google and it looked fine, so I decided that I'd have my dinner there. After necking a couple of cans of Strongbow while I watched Pointless and started this blog, I went downstairs for dinner. There, I had a Punjabi Taste Curry, lemon rice, meat samosa and a Strongbow for £15.50 which was all decent. 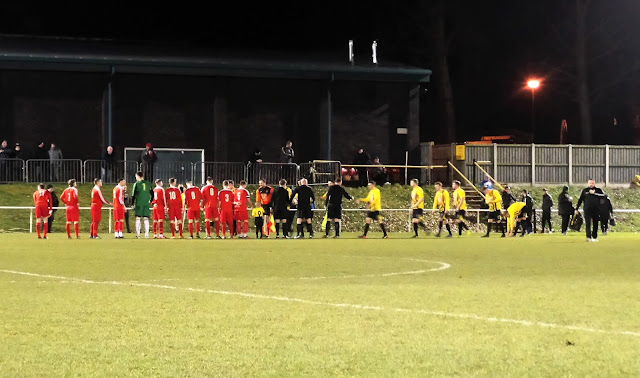 After going back to my room, I started walking to the ground just before 7. I got there at 7.40, paying £5 to get in, plus & 1.50 for a programme and team sheet. After walking around the ground, I settled down to watch the game. Nostell Miners Welfare had been hammered 8-1 in the reverse fixture, but it didn’t show in the balance of play. The hosts had plenty of the game but suffered from a lack of quality in the main. On 29 minutes a looping cross from the left was not cleared properly and it was left to Billy Mole to rifle into the roof of the net. A few minutes after the Nostell keeper Neil May came charging out of the area, took down a Selby man with a clumsy challenge but was only given a yellow due to a defender covering. It was 2-0 on 43 minutes, a scrappy goal by Jack Owen doubling the hosts lead. A minute later it was 3-0 and the shock result was on the cards, this time it was Owen capitalizing on the left-hand side as the Selby defenders had gone AWOL. It was still a decent finish though and a deserved result with the form book turned well and truly on its head. The  Sandwiched between the goals was a rash challenge by a Selby man, probably in revenge for the earlier goalkeeper clattering. The offender too got a yellow card. At halftime, I got a Minestrone Soup and got some pictures of the inside of the ground before coming out for the second half. The game slowed down, pace-wise, but it was now Selby with the majority of the play, but not really threatening. Selby eventually did pull one back, it was a lovely curling shot into the top corner by Joe Dale. The game was confirmed a few minutes from time, a low cross from the left on the break found an unmarked Jack Owen who slotted into an empty net from just outside the six-yard box, thus completing his hat-trick. An unhappy Selby fan voiced his opinion ‘You shouldn’t be allowed to pull the shirt on again, you shower of sh*t’ he told his team’s well-beaten players.


It wasn't until nearly 10 that the game finished, due to the 8PM kick off and lots of injury time. The crowd was 127 and they would have enjoyed a decent nights football, though the visiting fans would have been disappointed with their team, a good few of them making the effort to get across on this Friday night. I really wanted to go into town, but it would have meant a 25-minute wait for the last bus and then having to pay for a taxi back. Though I was keen to tick a couple off of my shortlist of pubs, I decided to go back to my room. I got back at 10.35, having a couple of cans and typing my blog while listening to the Two Mikes on TalkSPORT. I was annoyed that I couldn't upload my blog due to poor signal, but I fell asleep pretty quick at 1 am. THE WELFARE GROUND is a typical step 6 venue, with all the cover along the one side. There's a seated stand, this is elevated above pitch level and holds around 100. You can get good views from here. Alongside it is some overhanging cover from the club building. The rest of the ground is open hard standing. There's a spacious bar at the ground with sports TV, plus a decent tea bar. Within easy walking distance are a chippy, 2 pubs, and  2 shops.

2: Area around the ground (parking, food/drink, public transport)
A few choices, a reasonable amount of parking (6)

3: Welcome / Club Friendliness
A nice welcome all around the ground (7)

6: Programme
Had all the essentials, well designed (6) 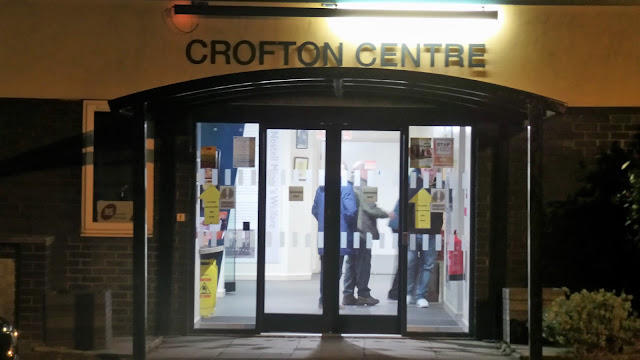 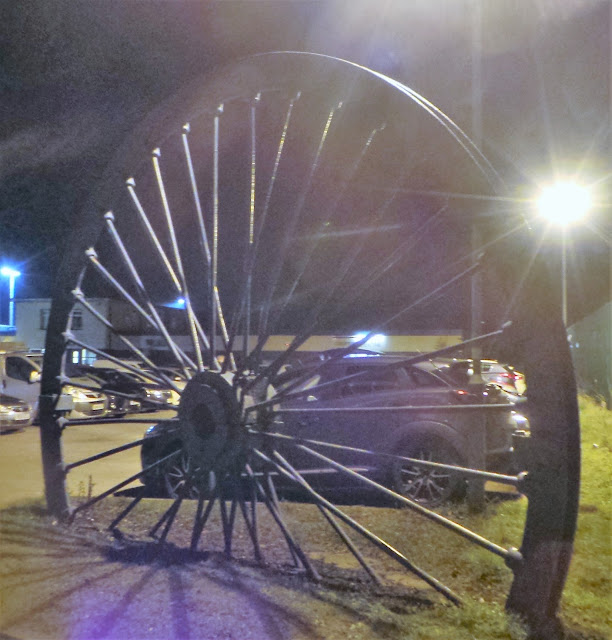 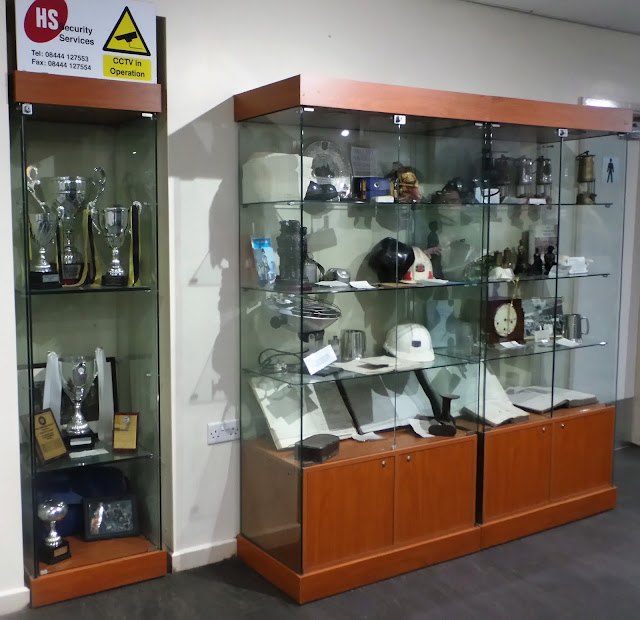 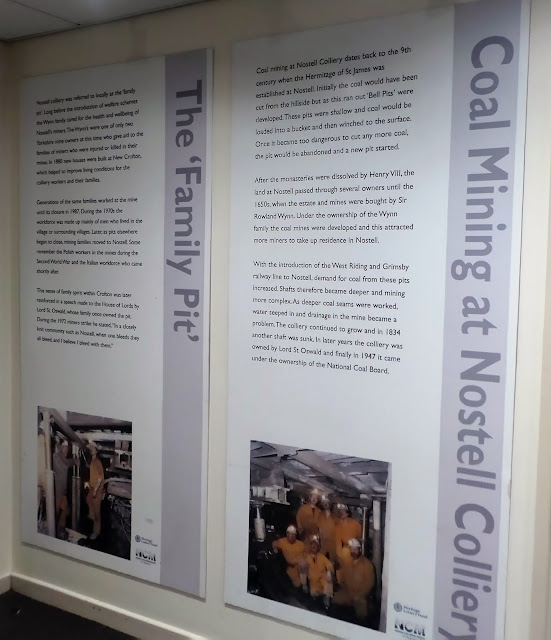 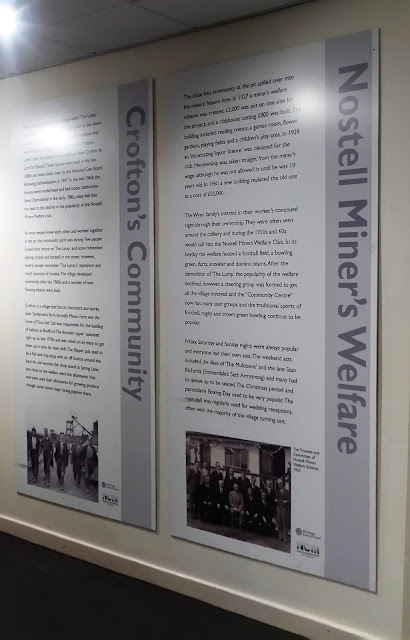 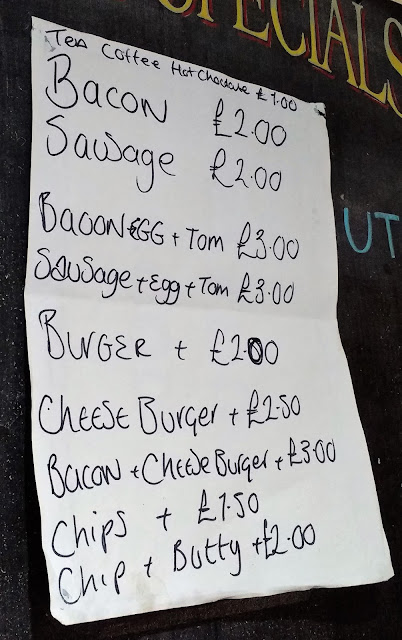 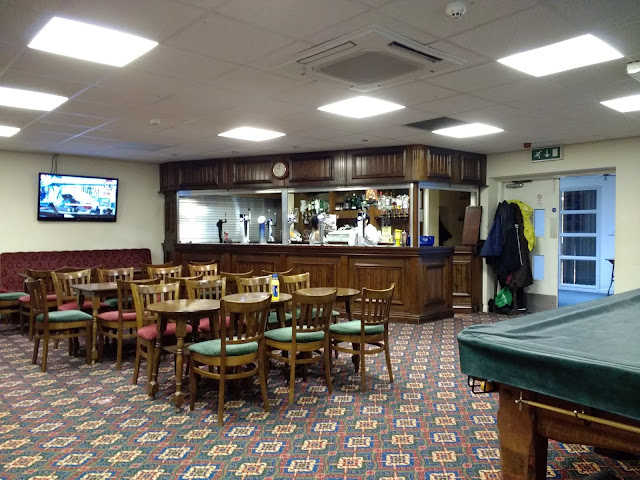 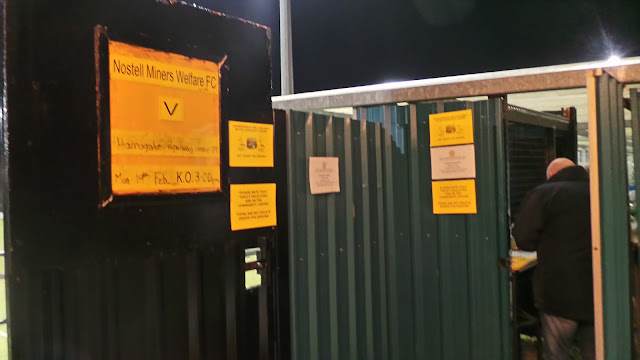 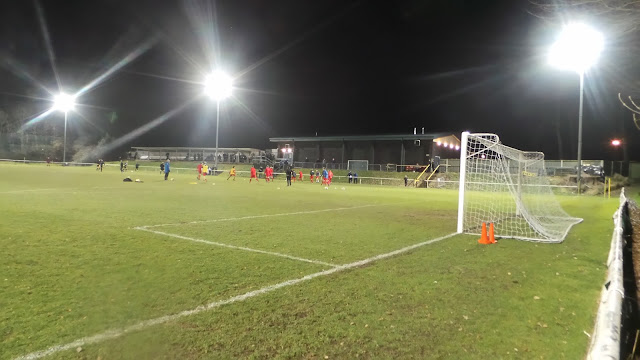 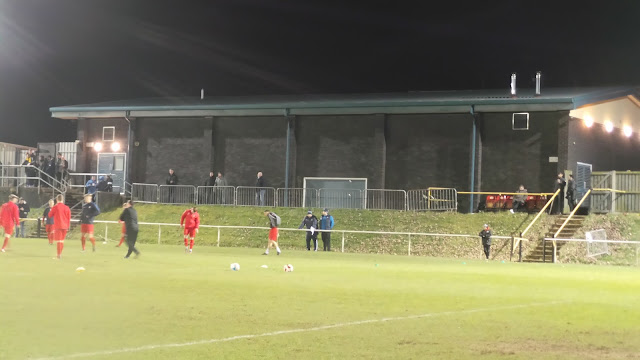 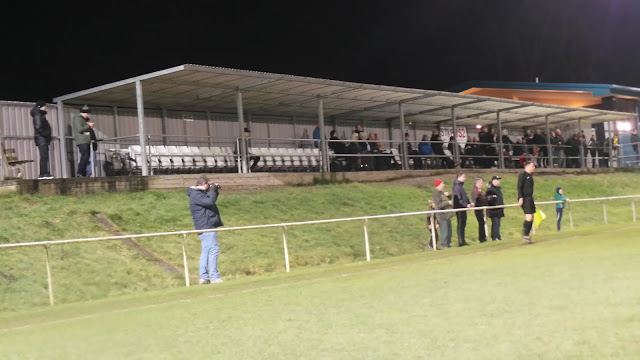 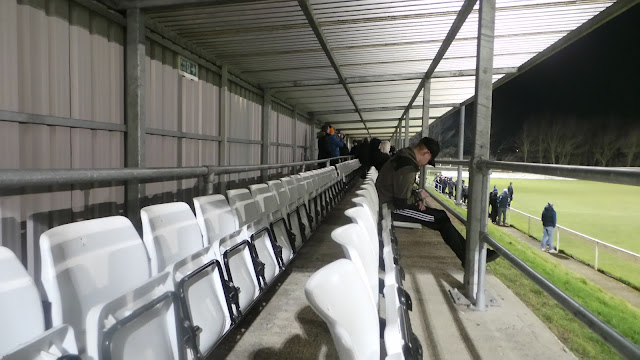 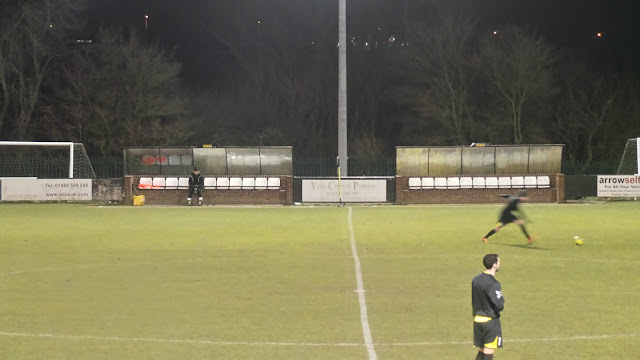 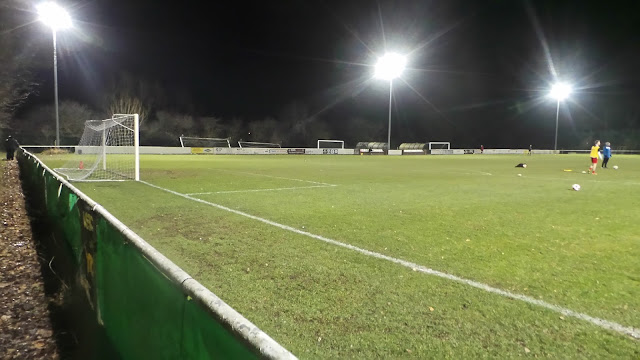 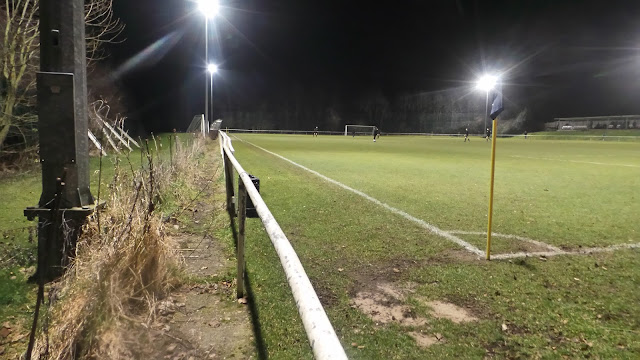 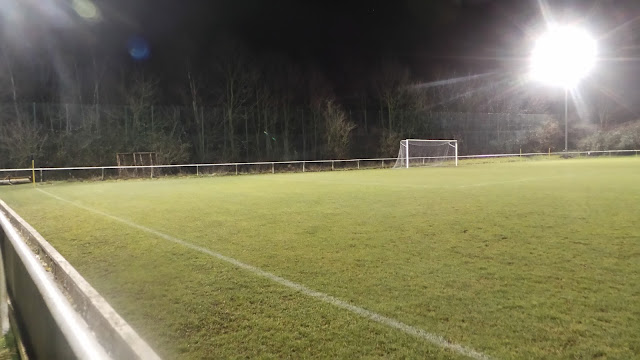 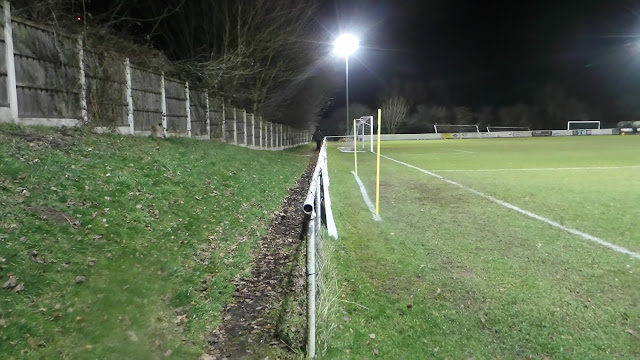 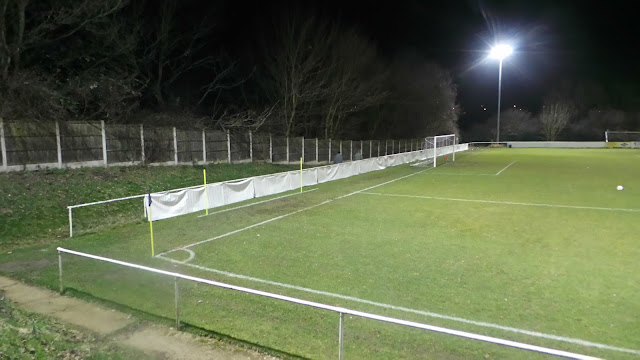