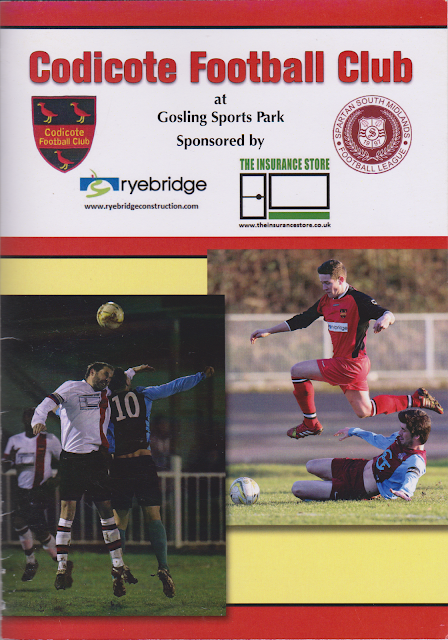 CODICOTE were formed in 1913 and played in various Hertfordshire Leagues for the vast majority of their history. In their last season in the Herts Country Premier (2011/12) a 3rd placed finish behind Baldock Town and Met Police (Bushey) was deemed good enough to earn them promotion to the Spartan South Midlands League Division 1. They've been there ever since, and have fared pretty well, finishing in the top half every single season. Two 8th and two 10th placed finishes is their record so far, so their current 18th place will come as a disappointment.

The club have entered the FA Cup on 3 occasions. They won their only game in the competition in the second of those seasons, 2014/15. After drawing with Brantham Athletic, they thumped them 5-0 at home. The Preliminary Round also saw a replay, only this time they lost to Tilbury. The FA Vase has been another anti-climax, with the 1st Round in 2008 and 2013 being their best progress so far. Various local trophies have been won including the Herts Senior Centenary Trophy, Herts Junior Cup, Welwyn Hospital Cup and a multitude from the North Herts League. Famous residents of Codicote include comedian Robert Newman who grew up there whilst musician Kim Wilde got married in the local church. Codicote have only recently moved back there after long awaited ground improvements were made. For 5 years they had to share at the likes of Welwyn Garden City and Hatfield Town as their home was little more than a pitch.

MY VISIT
This trip was planned last Tuesday whilst myself and Anwar were at Bowers & Pitsea. Again the Groundhopper app was invaluable in finding local games. Anwar has never been one for splashing the cash and I wanted something local as I had a game on Wednesday with my other groundhopping pal Chris, so I wanted something local so I could get a reasonably early night. So we were both happy when we saw Codicote were at home. It was nice and local and only their second match under floodlights. After the previous night's disappointment of a rubbish cup draw for Wycombe away at Portsmouth. I might go though if they do cheap tickets as it's a good day out, but in terms of on the pitch, it's dire. In fact the whole draw was a bit of a dud, but I still fancy St Albans City v Carlisle United and Taunton Town (hopefully, as it's my only unticked ground in the cup) or Hemel Hempstead Town v Barrow.

On the day of the game I had to get up early to take my car in for its annual MOT and service, so I didn't get as much sleep as I'd have liked on my day off. It was nice to have some spare time for once as it's been a bit hectic in recent times. I went down town with my Dad and got some drinks for the next couple of games. I also did some research for the next 2 blogs. The bill from the garage for my car was reasonable at £421 which isn't too bad considering I'd done over 20,000 miles in the past year. I came back home and caught up with my YouTube videos for a bit before having a dinner of Jambalaya before leaving home at 5.30. It was a traffic strewn journey through Aylesbury, so I didn’t get to Anwar until 6.10. Then it was a slow journey out of the town,  even so we arrived in Codicote by 7.15. Paying a very well priced £5 including programme,  we sat in the car for a bit before going out to watch the game. It was quite chilly by now. We initially took a seat in the stand, but people kept standing in front so we moved. 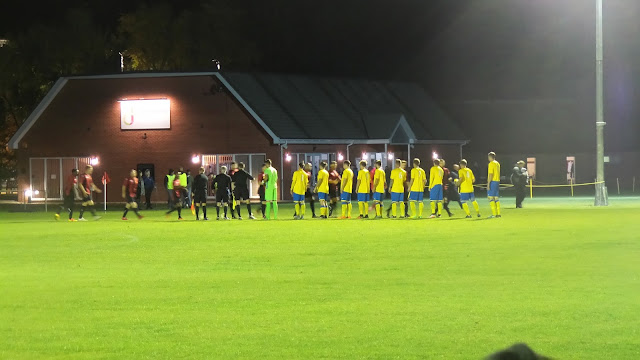 The game started brightly and there had already been good chances by the time the hosts opened the scoring 20 minutes in. M'Boto showed good strength and a first touch to hold off a defender and slot home from 12 yards. Winslow sought to get back into the game,  coming close when they hit the bar from a free kick. Codicote went further ahead on 35 minutes and it was a great goal from their Alfie Barker who chipped the ball up before hitting a right-footed half-volley into the top corner of the goal. The visitors started the second half brightly but it was Codicote further extended their lead on 55 minutes, again it was Barker who tapped home from close range. Winslow did finally get a goal back a few minutes later with a decent volley from Charlie Flanagan at the hosts seemed to let their guard drop although it did take a deflection on the way in. This gave Winslow a second wind and the home keeper had to be on top form to keep out a flying free kick. But it was all for nothing as a goalkeeping error allowed Barker to bundle home from close range to make it 4-1 and complete his hat trick. The celebration was amusing as he put his finger to his lips and 'shushed' a Winslow fan who had been giving him stick moments earlier. Barker made it 5-1 around 10 minutes from time with a beautifully worked team goal to put the game beyond any doubt whatsoever.  It was a 4 goal haul from Barker and although the visitors made a dogs dinner of defending one of the goals, the others were of a good quality and if Codicote carry on like this, they will soon be climbing the league.

So it had been another brilliant evenings entertainment in the Spartan South Midlands League which never seems to let me down for a good game. On the way home we listened to the football results although I wasn't fussed about many of the games that were mentioned on the radio though. I was pleased for Taunton as they won at Hemel Hempstead and hope to get to their game against Barrow in the next round. As soon as Andy Goldstein came on at 10 I switched off and put the Two Mikes Podcast on. I know that I won't be doing a game with Anwar next Tuesday as he will be watching his beloved Arsenal, so I'll be looking for something very local, perhaps even a revisit. I dropped him off in Aylesbury at 10.20, getting home myself 25 minutes later. I caught up online, getting to sleep just after midnight after watching some YouTube videos in bed. 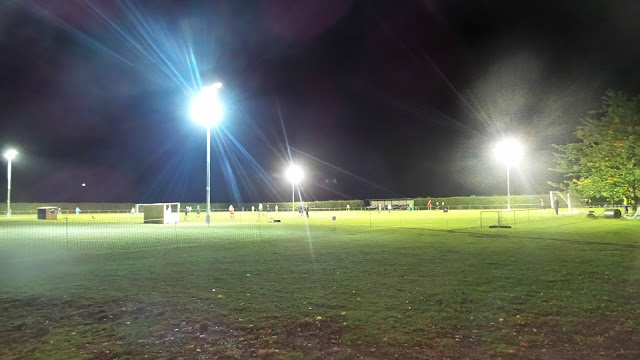 
THE JOHN CLEMENTS MEMORIAL GROUND is a smart and well kept ground in the village of Codicote. I didn't see anything near the ground, but at the ground there is a bar that had a reasonable range of drinks including Flowers Bitter and Stowford Press Cider. I'm not sure about the food or merchandise though. The ground itself is your usual modern one, with the obligatory metal stand with around 50 capacity. 3 sides are available to fans with the fourth housing the dugouts and a cricket pitch. The trees and bushes lining the ground make it feel a little more homely and hopefully the club will add some signs to identify the ground as their own. I certainly enjoyed my visit there as everyone was nice and friendly and it was great value for a fiver including a programme. The programme itself is a well-presented effort, although the home squad listing was quite out of date. 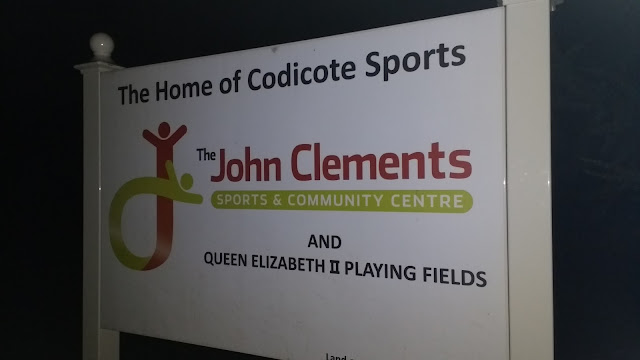 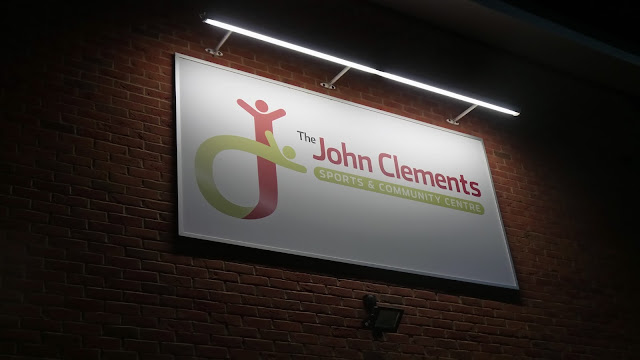 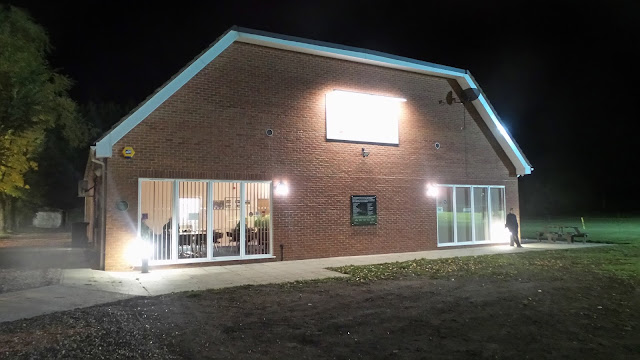 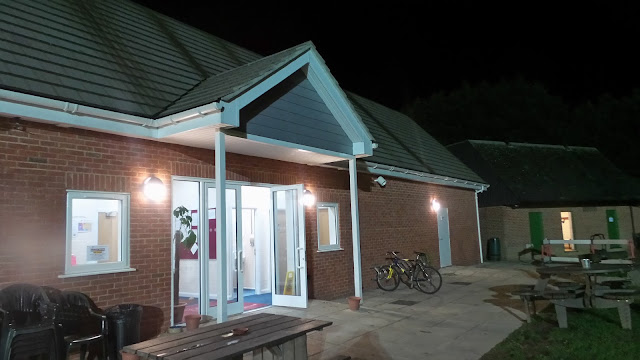 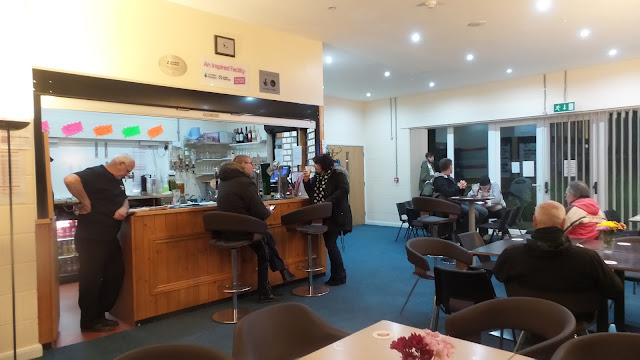 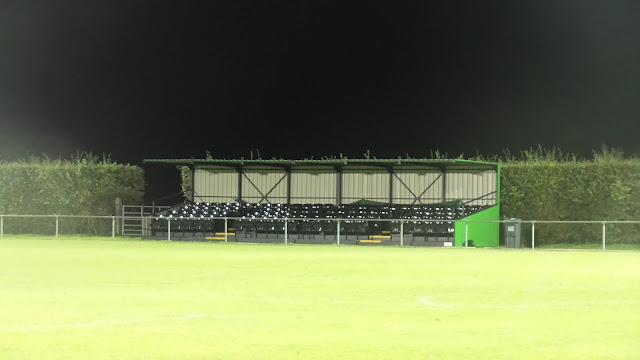 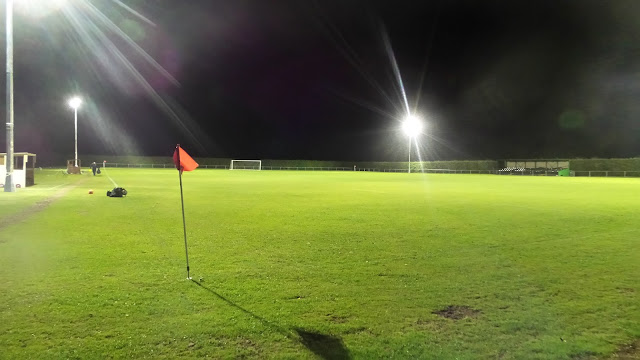 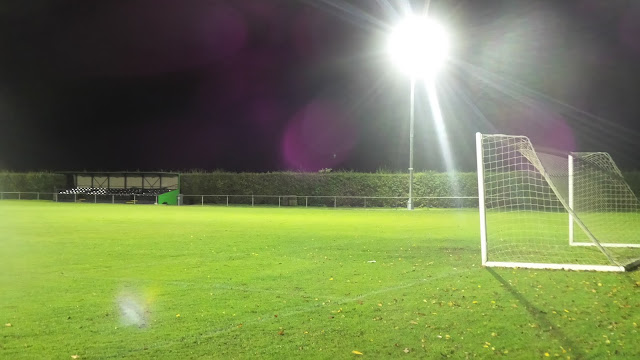 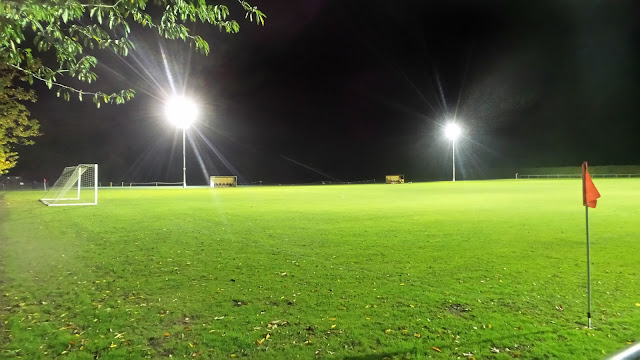 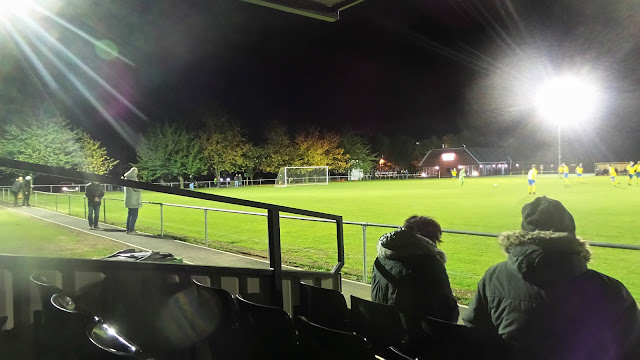