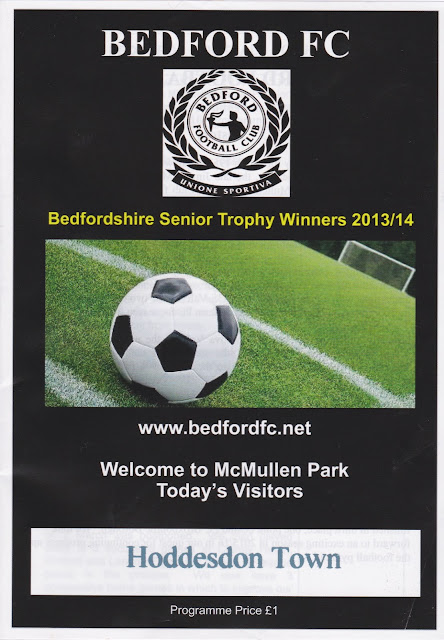 BEDFORD FC was formed in 2002 as a result of the merger between Bedford United and US Valerio, with both former clubs having a fair bit of history themselves. They retained the United & Valerio portions in the clubs name until they changed to their present one in 2007. Starting out in the Spartan South Midlands Premier, they struggled down at the wrong end of the table before eventually being relegated in 2005. It took them 10 years to get back up, with them only really challenging in the top half since around 2012. 3rd place was good enough to see them promoted last season. They were struggling this season, but were at least still in touch with the teams around them, sitting 2nd bottom at the time of kick off. Success has been hard to come by in the FA Cup with the Preliminary Round being their limit and their sole win being against Harefield United in 2003. Six years later saw a mini FA Vase run with the 2nd Round being reached after they beat Hanwell Town & Burnham Ramblers before a 5-0 defeat to Needham Market. 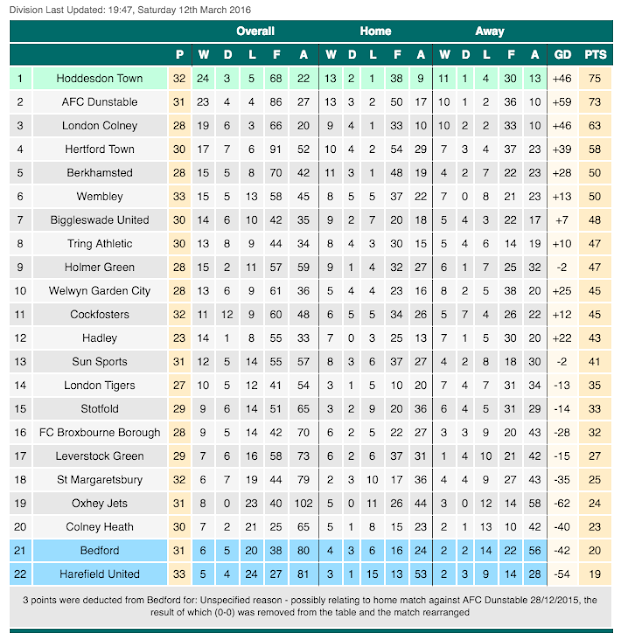 With Bedford being the only team I needed to visit in the Spartan South Midlands Premier, following their promotion last year, I was keen to get it done. The ideal opportunity appeared to be in preseason when they were due to host next door neighbours Bedford Town in a Tuesday evening friendly. However, the hosts pulled out the day before due to being unable to raise a side, so perhaps it was no surprise to see them struggling down the wrong end of the table. There’d also been a couple of times when they had a rare midweek game that I could attend, but it had fallen victim to the weather. With March being marginally drier and warmer I was hoping to finally get it done on what would be a busy week for me, with 4 games, most of which would involve long journeys. On the day of the game, it was my usual day off work. I walked down town for exercise though the object was a bit defeated when I munched myself through a whole bag of Cadbury's mini creme eggs. I spent the afternoon doing more work on my blog as well as watching Youtube videos. I had a dinner of Chicken Tikka Masala and rice before leaving home at 5.30. It took me 40 minutes to get to Aylesbury to meet Anwar because of heavy traffic. He was there waiting for me though and around an hour later we were there. After paying £6 for entry including programme we sat in the clubhouse to keep warm. With me planning on ticking a Wetherspoons tomorrow I wasn't drinking but Anwar had some chips for the reasonable price of £1. 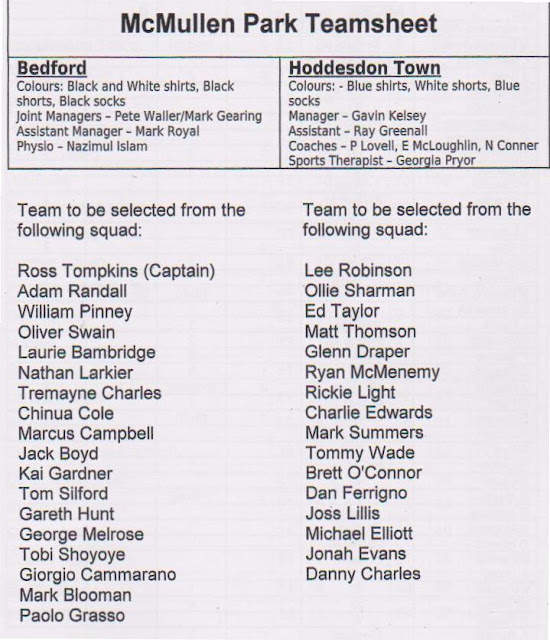 About 10 minutes before kick off we went in with this being the last ground I needed to complete the Spartan South Midlands Premier. The match started with visitors Hoddesdon well on top as the league table would suggest. They didn't make the breakthrough until 33 minutes in though. A Bedford defender blatantly handballed on the line and was lucky to only get a yellow card. A penalty was awarded and Ed Taylor converted low to the left to put the league leaders ahead. They continued to dominate with the hosts restricted to scraps on the break. Hoddesdon extended their lead around 5 minutes into the second half with a good low cross resulting in a close-range finish by Brett O'Connor. Bedford had their spells and it was through more wide play that they reduced the arrears. A great cross was put in and it was a header at the far post to make it 2-1. That was how it stayed with both sides having half chances and it wouldn't have been unjust to see the hosts grab an equaliser. The game finished quite late and we didn't leave until 9.50. It was a fairly simple journey home but he got stuck behind a dawdler on the Wing to Aylesbury road, with the driver behind seeming content to sit it out. Despite the driver going at half the speed limit at times, it would have been unsafe to overtake. So a few minutes was added onto my journey with me dropping Anwar off at 10.45 and getting home myself 20 minutes later. I had work at 4am in the morning, plus a late night in Accrington the following day - even so, I didn't get to sleep until around half past midnight.

McMULLEN PARK is a ground I first visited on Sunday 14th October 2007 on the way to a Peterborough United v Wycombe Wanderers game. Situated next door to Southern League side Bedford Town, it was a smart and tidy venue with just the one area of cover - one stand split between seats and standing. On my second visit, a second basic covered area had appeared, with half of it being used to store lawn mowers and the like, and the other half is available for spectators. The bar was quite basic drinks wise, but the food looked good value and good quality with Anwar enjoying his chips. The programme was a good effort, especially when you consider it was included with the £6 admission. 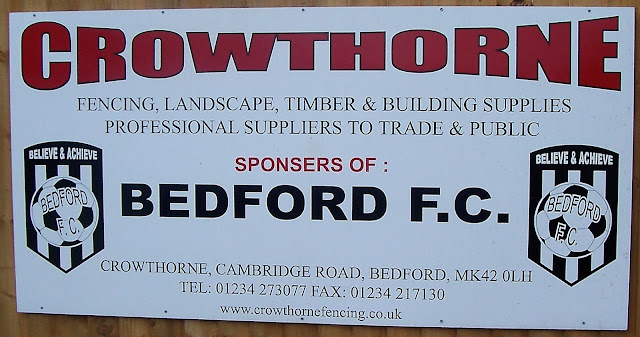 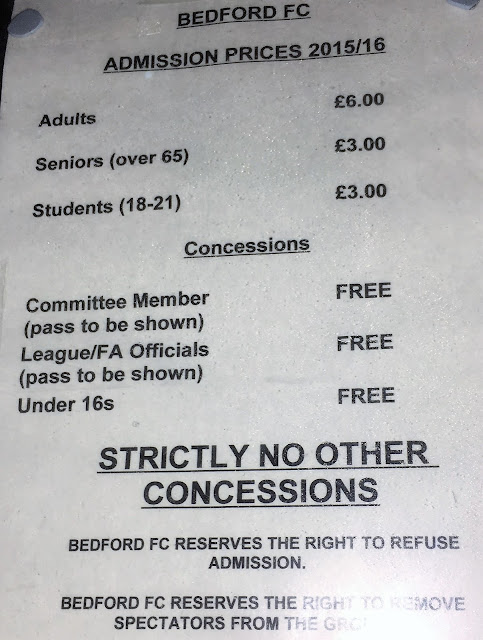 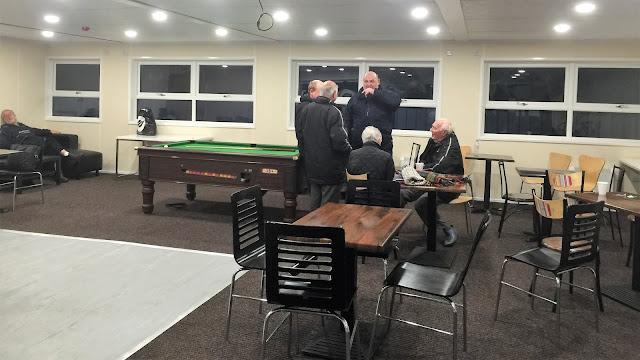 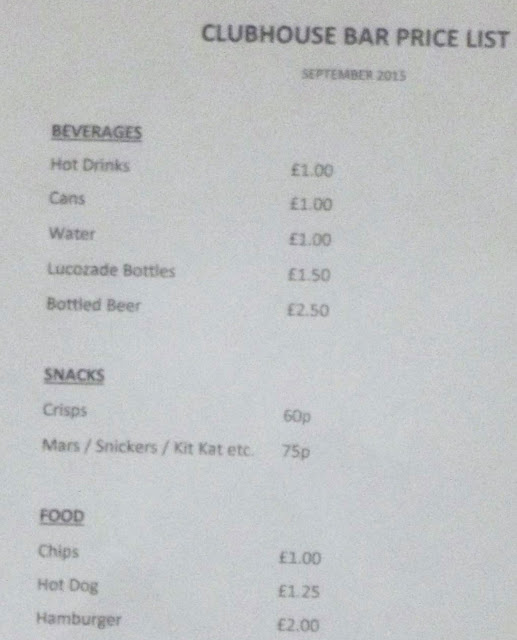 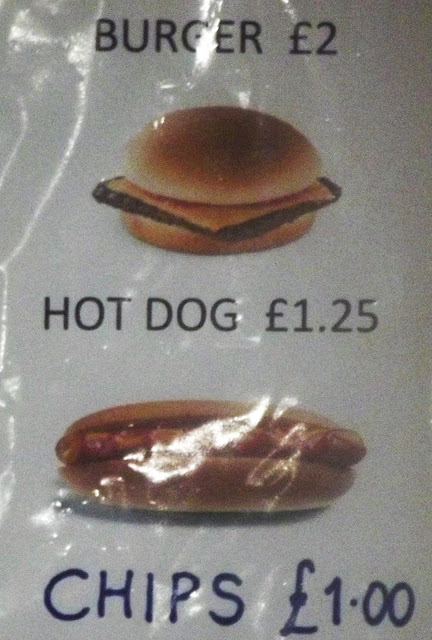 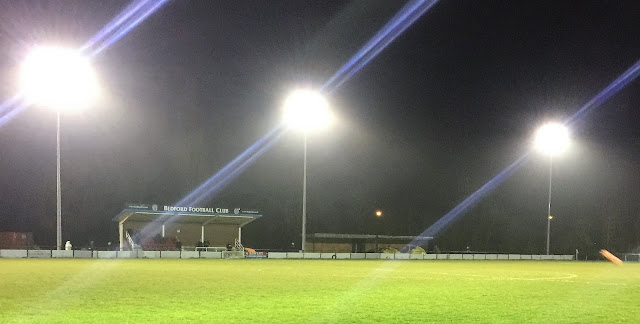 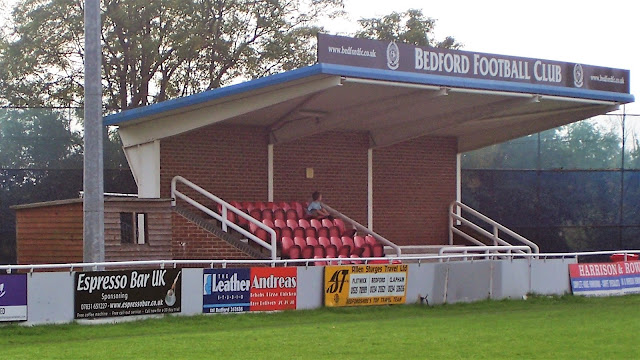 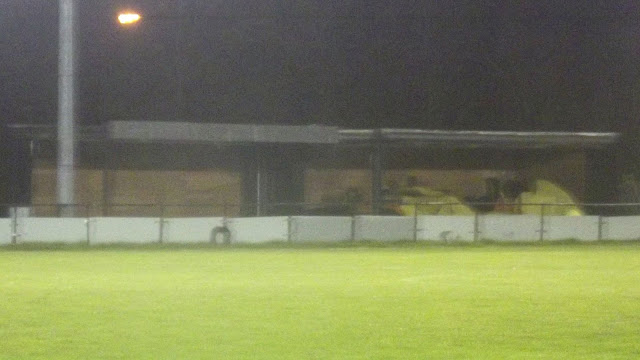 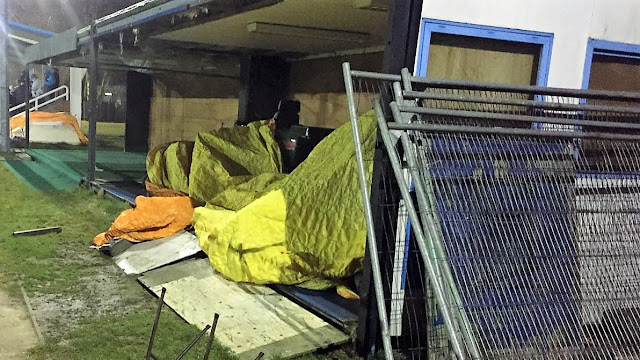 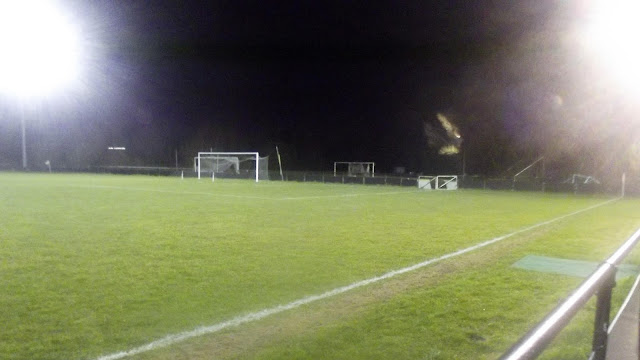 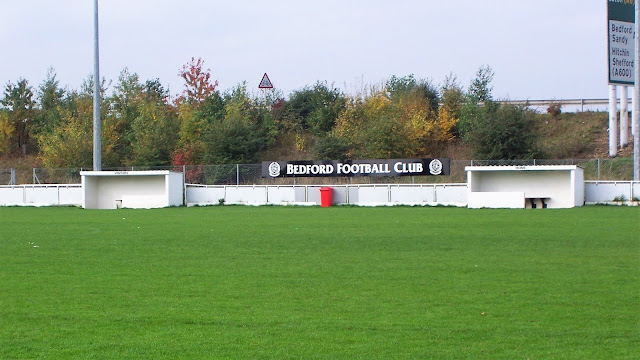 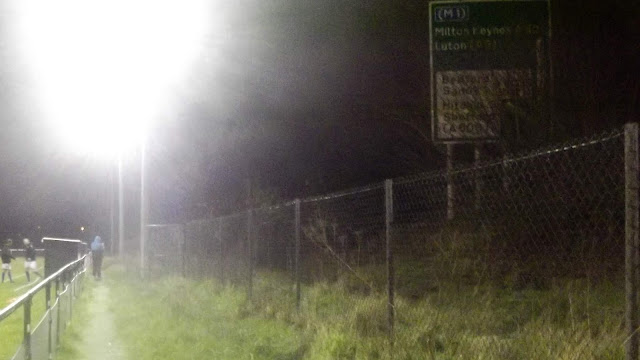 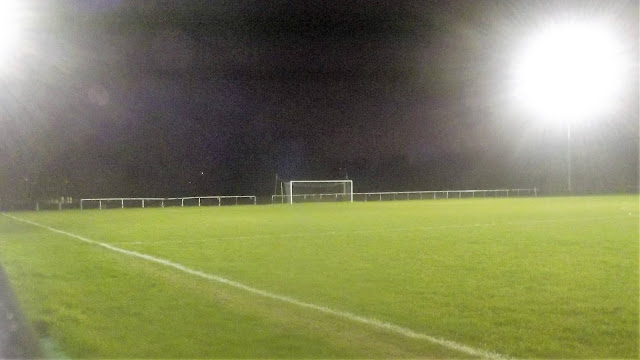