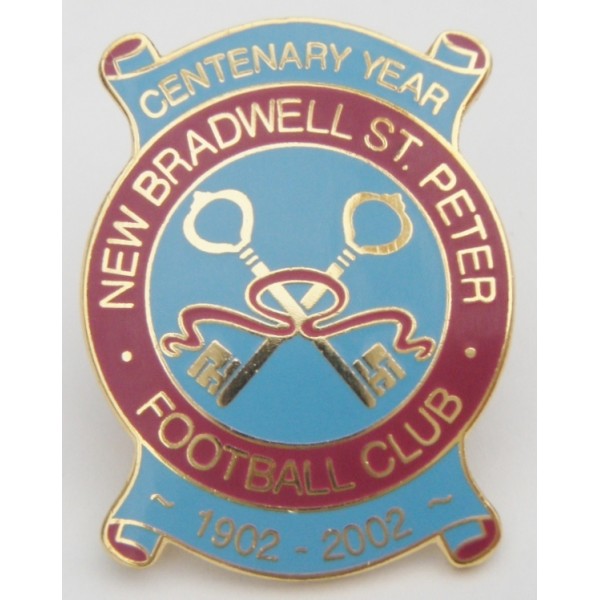 Unlike the football league side in Milton Keynes, NEW BRADWELL ST PETER does have a bit of history. They were founded in the 1880s and played under various names before adopting their current monicker just after the end of World War 2. After starting out in the North Bucks League, they joined the South Midlands League in 1970 and have been there ever since, even staying when it joined forces with the Spartan League in the mid '90s. Though they only won promotion back to Division 1 at the end of last season they have had plenty of success in the competition. They even won it's Senior Division in the 1997/98 season. Up to the Premier Division, they went and finished a best-ever 10th in 2001,  this when it was a step 4 league. Though they have won a number of local cups, most recently the Berks & Bucks Senior Trophy in 2000, they have little history in the FA Competitions. Their only game was in the Vase in 1996. They went out at the first hurdle, losing to Stansted in the 1st Qualifying Round.

After Saturday's enjoyable return to the football season, I was looking forward to my first Tuesday game in 7 weeks. Originally I was planning on going to Saffron Walden v Chelmsford City on this date, especially as there would be a few people I knew in attendance. The Champions League game between TNS and B36 Torshavn was also under consideration but in the end, I opted for something more local in Milton Keynes based New Bradwell St Peter who were playing Wellingborough Town in a Friendly. The main reason for this is that fellow hopper Anwar was still fasting for Ramadan, and if it's a mid to long range trip we both like to have a nice sit-down meal. On the day of the game, it was my day off as usual and for once I had a decent nights sleep, waking up at 7.30. I had a quick look on the internet and had a bath before giving my Dad a lift to the garage and then down town, buying a few things and filling my car up with diesel. I then spent the rest of the day chilling at home and doing research into my future football adventures. Normally I'd have gone for a jog or a walk but it was raining on and off all day and I couldn't get out. 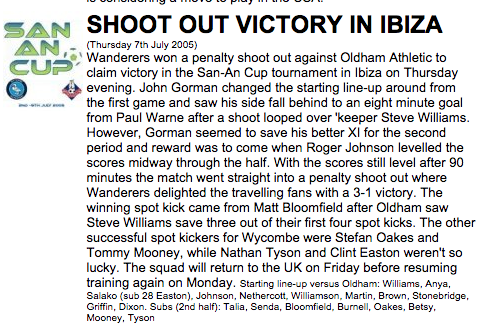 It was, of course, the 10th anniversary of the 7/7 bombings in which scumbag terrorists murdered 52 innocent people in London. I remember clearly where I was at the time as you do with all big news events. I woke up with a stinking hangover and that is rare for me as I normally don't get them. It was as a result of heavy nights drinking, with amongst others, the then Wycombe physio Shay Connolly. I needed food and some liquid refreshment and so I made my way to the Irish Bar near where I was staying. Swigging down a few pints of orange juice while I waited for my brekkie my attention was turned to the TV where Sky News was on. Horrific scenes were going around on a loop with blown up buses and trains along with badly injured people and death tolls. Later that evening happier scenes emerged with Wycombe winning the San An Cup against Oldham Athletic. The only other game I had been to on 7th July was in 2012, and a first-ever game at Evesham United's new ground as the hosted Manchester United Legends in front of a 4 figure crowd. I was twiddling my thumbs in the latter part of the afternoon, so I was glad when it came to the time to leave. I had myself a Prawn and Chorizo Jambalaya before leaving at 6.10. 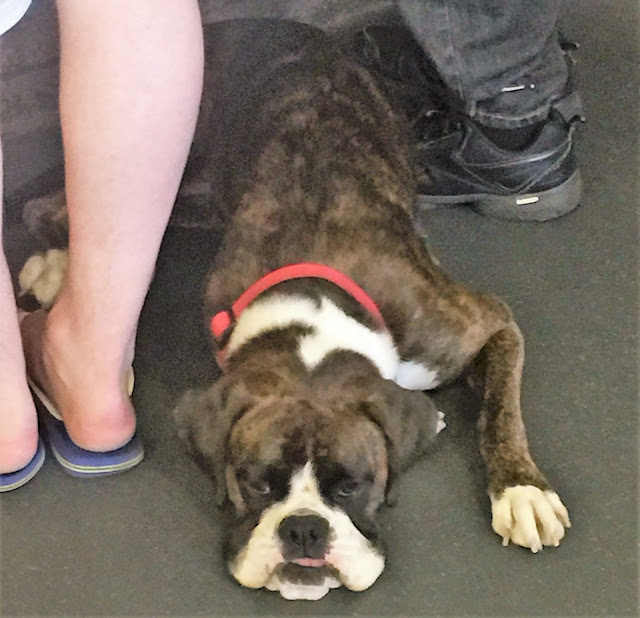 After meeting Anwar at 6.35 we had an easy journey through Milton Keynes, arriving at 7.15. There were a few groundhoppers in attendance, including my Facebook fan Jim who lives in Rushden so I chatted to him and checked Facebook while I waited for the game to start. Anwar predicted a 3-1 victory to Welligborough before the game, whilst I went for a 2-2 draw. It was a good open game with number 9 'Jake' opening the scoring within 10 minutes of the game starting as he rounded the keeper and slotted the ball into an empty net to give the visitors the lead. They deserved to be ahead with the lions share of the play but New Bradwell had a couple of chances on the break. Number 7 doubled the lead with a close range finish on 35 minutes. It was still 2-0 at half time and during the break I went to use the toilet in the clubhouse and saw a lovely boxer dog. Wellingborough continued their dominance and made it 3-0 with a fine goal after 52 minutes. The hosts pulled one back after 55 minutes, following up a parried shot from close range. They had a chance to reduce the arrears further but the penalty awarded for a foul just inside the area, was saved by the keeper. They paid for it as Wellingborough further extended their lead on 65 minutes with an arrowed shot into the bottom left hand corner. A fifth was added with 5 minutes to go as the visitors eased to victory. After the game, we got away pretty quickly. After stopping for Anwar to get a takeaway and dropping him off home, it was 10.35 when I got home myself. I watched TV for a bit before going to sleep just before midnight. 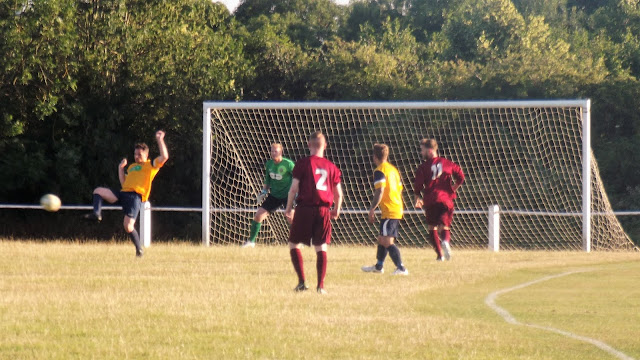 
THE RECREATION GROUND is quite a basic affair with just the one area of cover comprising of just under 60 seats. The rest of the ground is open hard standing in a pleasant setting with a windmill as a backdrop. All the facilities appear to be in the clubhouse although I did not buy anything with it being a fairly low key game. There were a number of pubs and shops within walking distance too. 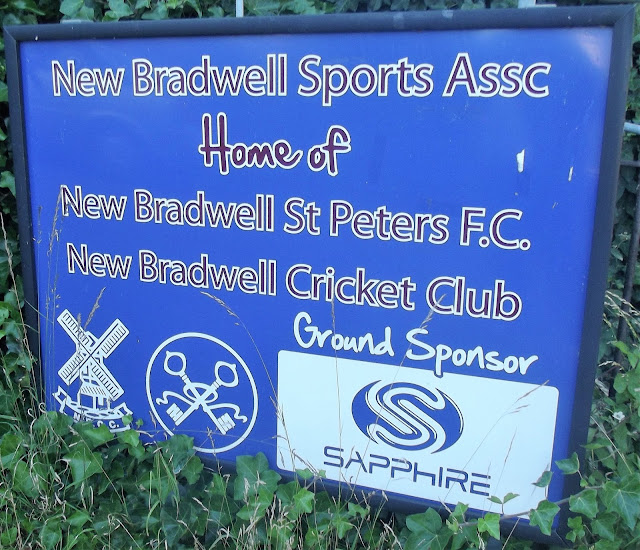 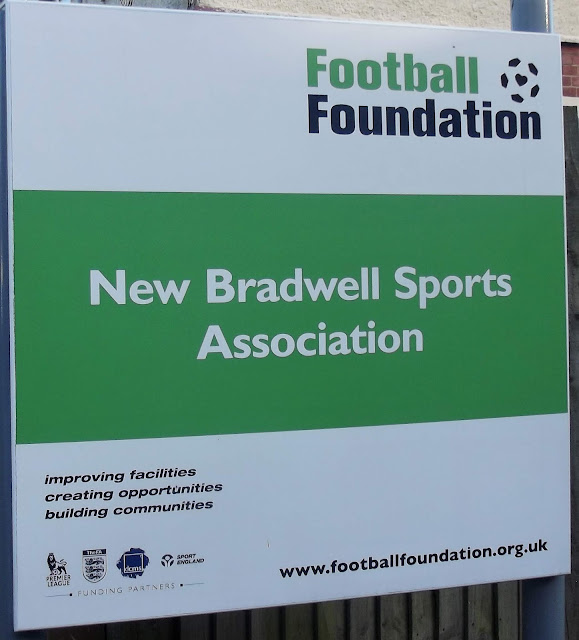 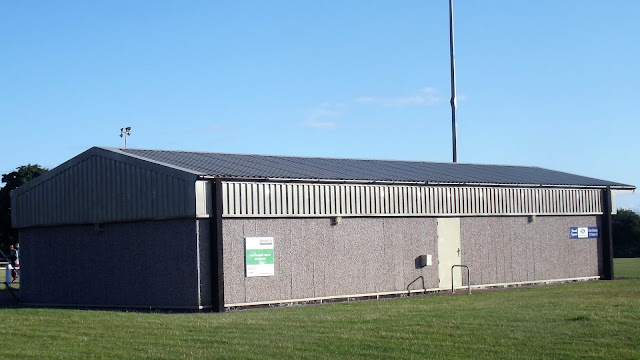 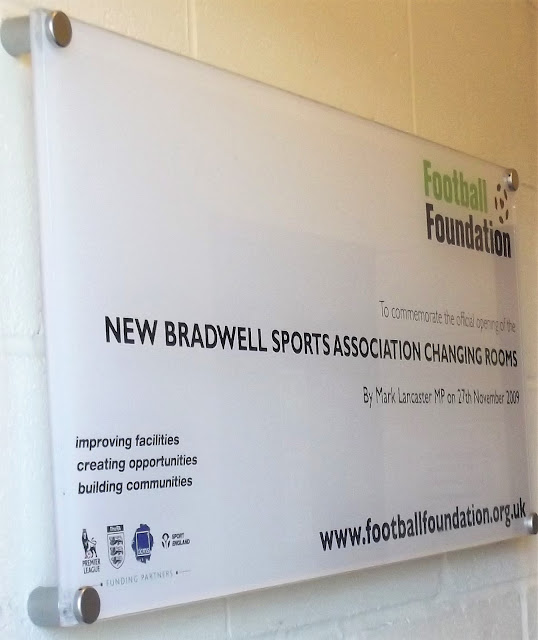 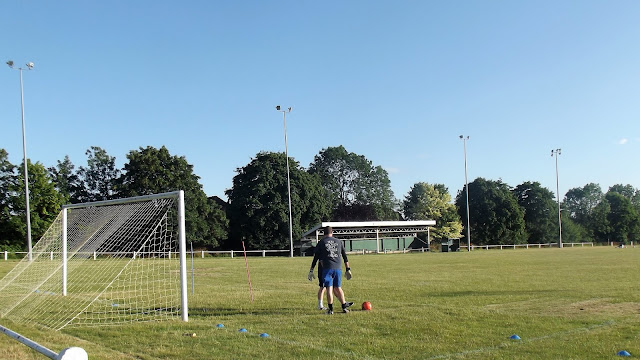 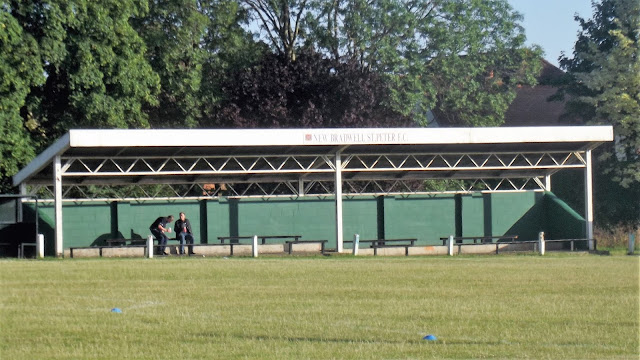 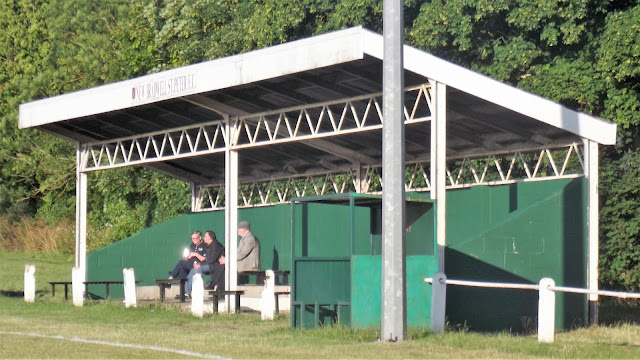 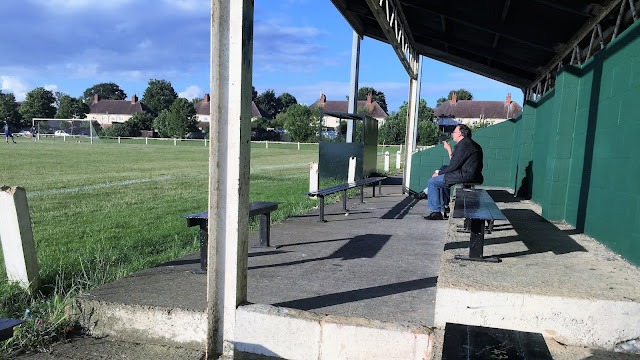 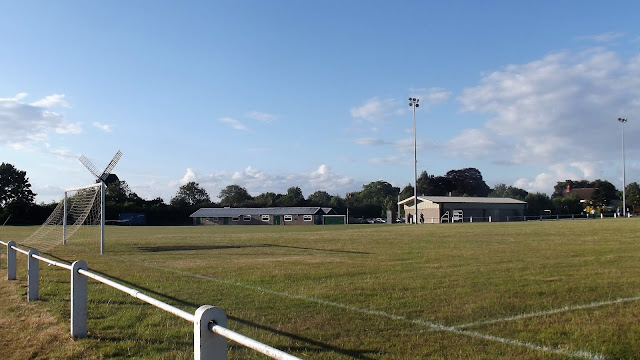 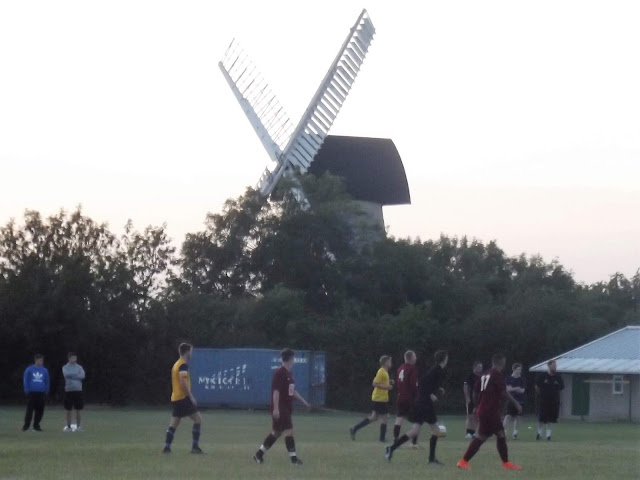 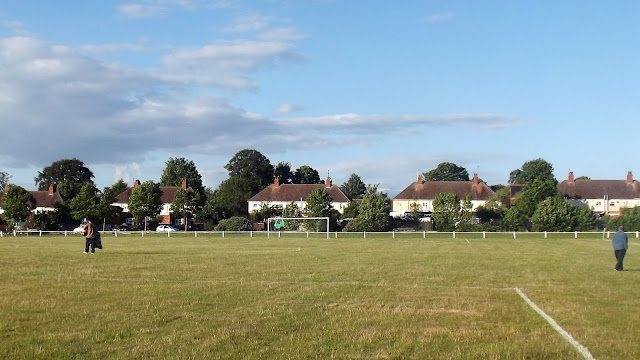 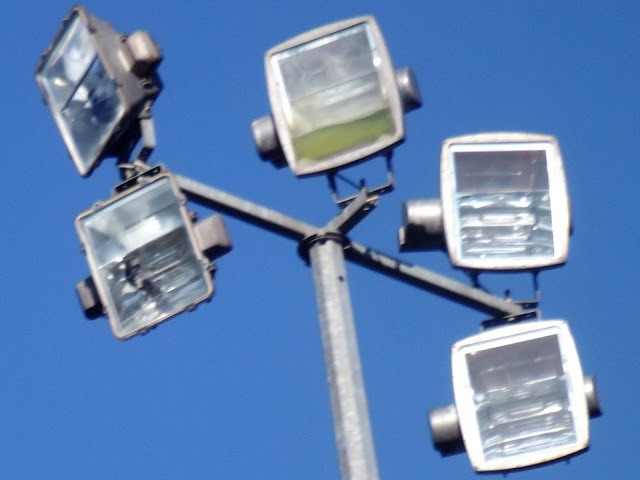