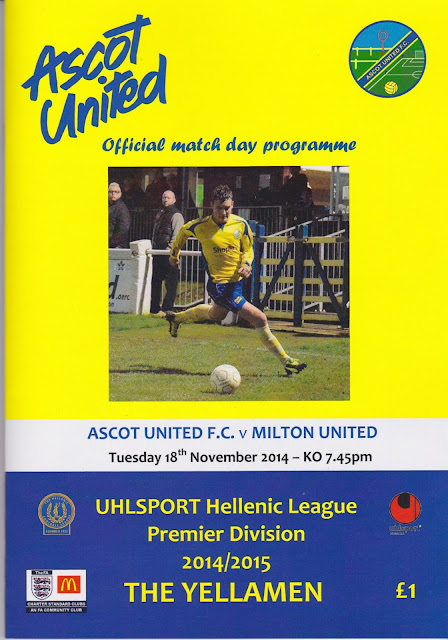 The club was founded in 1965 but played in local leagues up until 2007 when they joined the Hellenic League. Having won the Reading Senior League the previous year, they did very well to finish 4th at the first attempt in Division 1 East and followed it up with a 2nd place finish and promotion in 2009. Since then, they have remained in the Premier Division and even had an excellent 3rd place finish last season. They were doing even better at the start of the game, sitting 2nd in what was becoming an intriguing race for the title.

In the FA Cup, they had gone out to Bishops Cleeve in the Preliminary Round, just as they had done a couple of seasons previously. In the FA Vase, they had a great run all the way to the Quarter Final in 2013 before going out to cup specialists Shildon from the Northern League. They won the Reading Evening Post Cup in 2006 and the Hellenic Challenge Cup in 2014. They had a record attendance of 1149 for an FA Cup game v Wembley in 2011, which was screened live on the internet. They had a number of players that I recognised, most notable was Damian Markman who emerged from Wycombe's youth team around about the time that we earned promotion to the football league in 1993.

I knew I would be without Anwar for this trip, as he wanted to save his money for the weekend. So I started looking around for some of the cheaper options, as I'd spent quite a lot lately. My initial choice was Edgware Town v Wodson Park in the Spartan South Midlands League Division 1. But then I remembered they had a 3G pitch, and so I decided to save that for when the weather got worse. I was left with 2 options that clocked in with a similar mileage - Harpenden Town v Broxbourne Borough and Ascot United and my eventual choice - Ascot United v Milton Town. I came to this conclusion as Harpenden would be easier to do with Anwar, whereas Ascot was in completely the opposite direction. The previous night I had gone to watch Wycombe slip to a 3-1 to Burton Albion in what was our worst home performance of the season. Even so, it was still a lot better than most of last season, and to be 3rd at this stage in the season is a miracle considering we only survived relegation on goal difference at the end of the previous term. 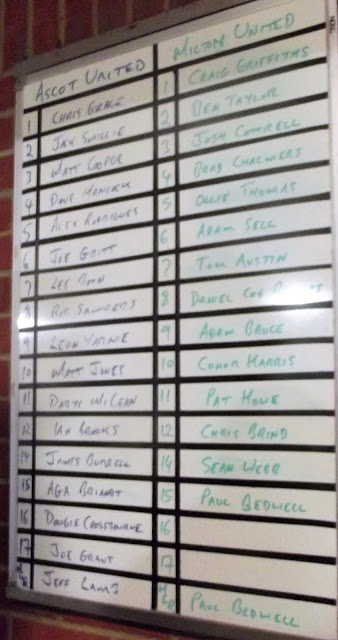 On the day of the game, it was my day off as usual. With my parents away I only popped out to Tesco around lunchtime to get a couple of things and check some prices for some casual work that I am doing. I spent the rest of the day relaxing at home and catching up on last nights TV as well as chatting on Facebook. I had dinner around 6 before leaving just before 6.30. I had a traffic-free journey to Ascot which was a pleasant surprise at this time of night. I had to take a few back roads and the ground was a bit tricky to find with only the racecourse in my sat nav, but I soon found out where it was. I arrived at 7.20 and after paying £6 entry and £1 for a programme, I went around taking pictures before checking Facebook and finding a spot to watch the game from. 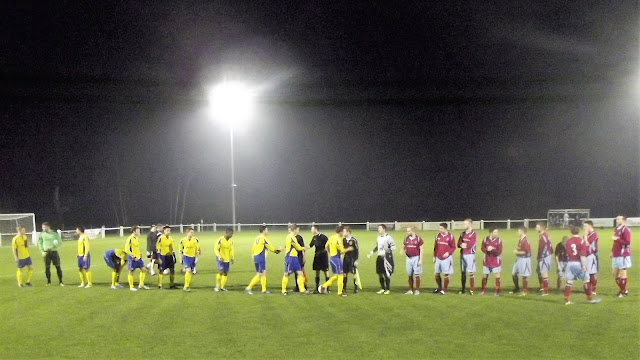 I checked the lineups and recognised one player, that being former Wycombe player Jack Smillie who was in our youth team and was the son of our former manager Neil Smillie. Milton United scored with the first chance of the game when a mistake in the Ascot United defence allowed Adam Bruce to score after only 2 minutes. Despite this goal, the game was going according to the form book and it was Ascot who were asking all the questions with a couple of efforts cleared off the line. Milton United had a couple of chances on the breakaway but it was Daryl McClean who got a deserved equaliser for the home side when he fired home from outside the area. Even though they were on top, Ascot seemed intent on arguing amongst themselves and they were rocked when the visitors got their second. There was a definite suspicion of offside as Adam Bruce helped himself to his and his teams second. They had made good use of their possession and were pretty clinical with their chances. That was how it stayed until halftime and as I went into the bar I saw Alex Oxlade-Chamberlain put England 1-0 up in their friendly at Celtic. I wasn't drinking on the night and with little interest in the TV game I went outside and caught up with Facebook. I was having a decent chat with some mates from Barrow and its a shame it's so far away as a meet would be nice. Unfortunately, none of their away games at grounds I had not been to fell when I could make it. The second half continued in much the same way as the first and Ascot were level within a couple of minutes of it starting. It was a great shot from outside the area that allowed Rob Saunders to get the equaliser after the initial effort was blocked. They took the lead on 63 minutes when Matt Jones' shot went in off the post and it was another decent effort. From then on, the game really opened up and there were lots of chances for both sides in a really entertaining game. But despite some close shaves, there were no further goals in the game.

I had a good night and it was a decent journey home, with me getting back at 10.20. I chatted on Facebook for a while and typed some of my blog before getting into bed just after 11. One surprising fact I found was that tonight's game was the first home win I had seen in 13 games. I watched a bit of TV and went to sleep around midnight. 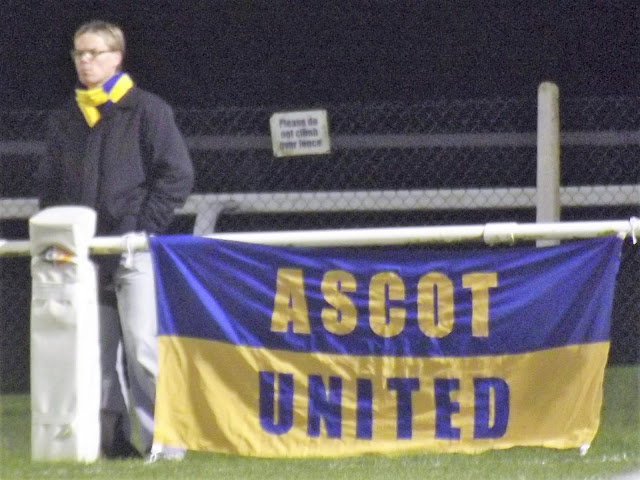 THE RACECOURSE GROUND is a fairly standard step 5 ground, but it's very well kept. All the facilities are on one side where you come in. The main seating area holds just over 100, while there is another bit of cover in front of the clubhouse that holds around 150.

Talking of the clubhouse, it was nice and smart and modern with big screen TV and the usual range of drinks. The tea bar also looked decent, which is just as well as it looks a fair way from anywhere. Everyone at the club was really friendly, and it's certainly worth a visit, especially if the game is as good as the one I saw. 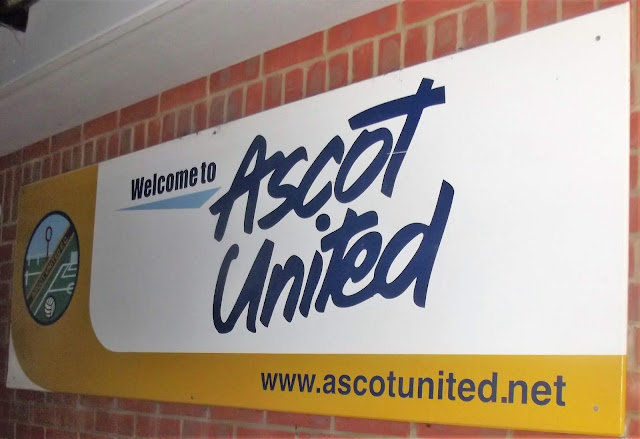 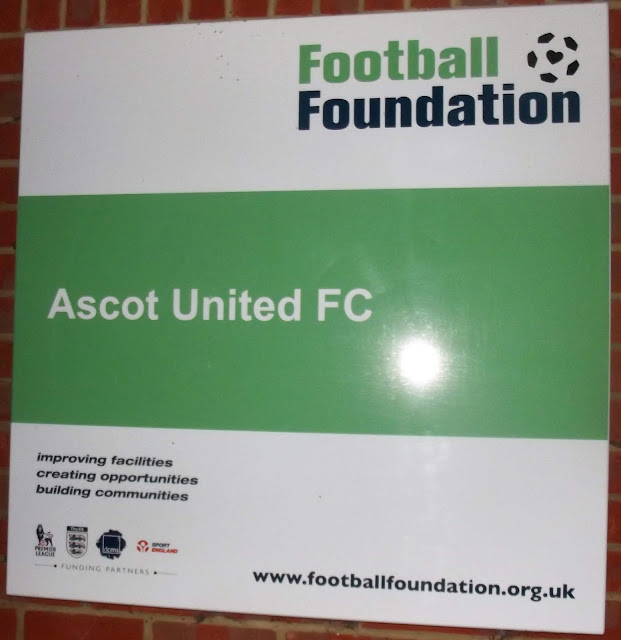 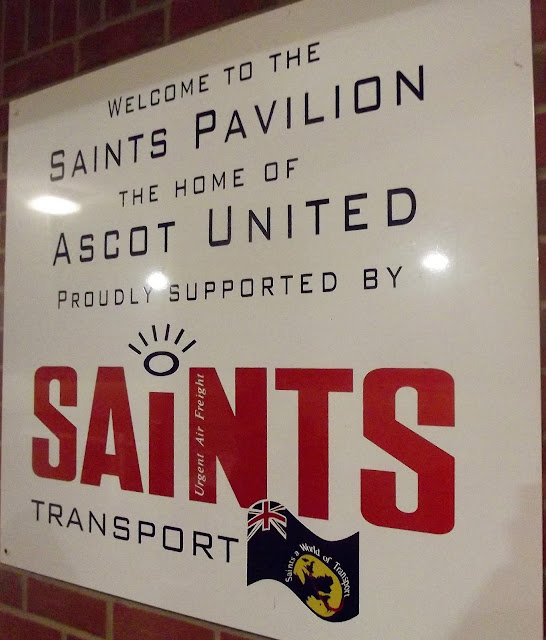 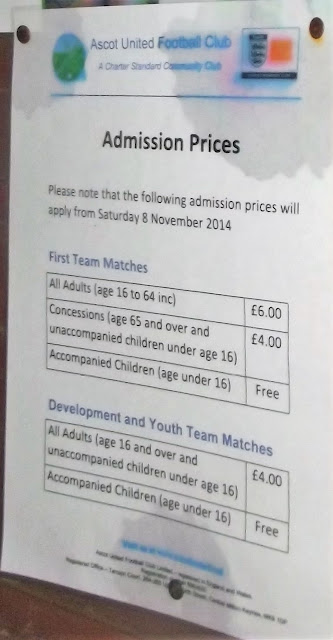 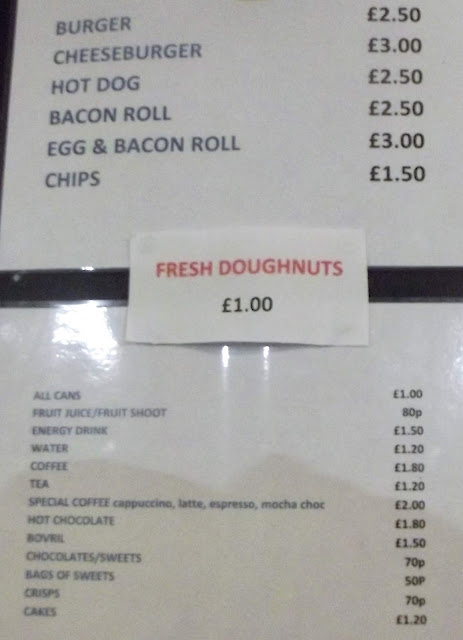 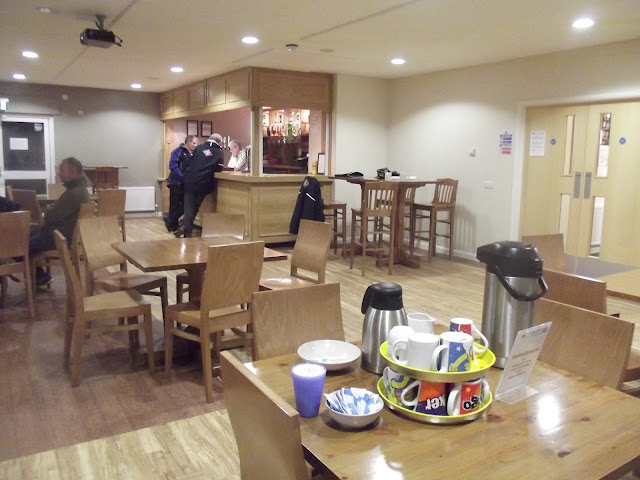 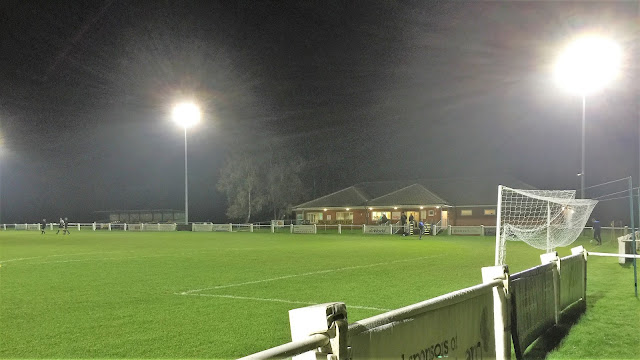 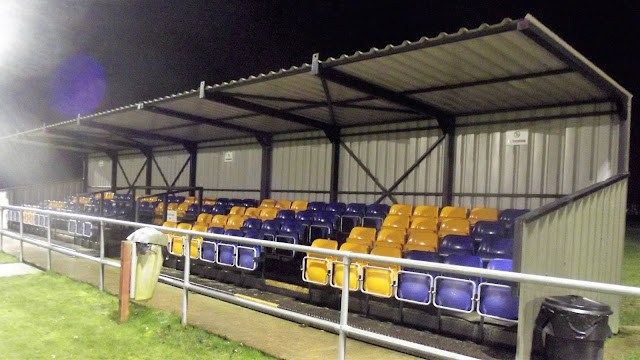 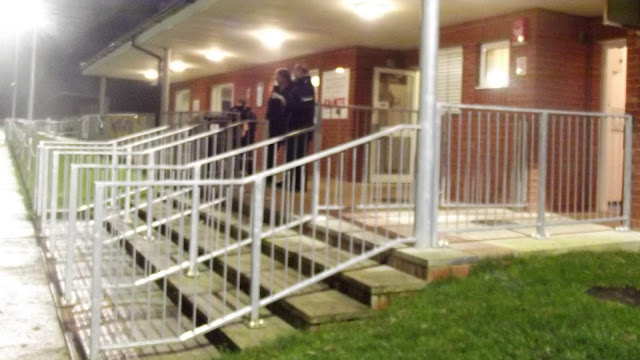 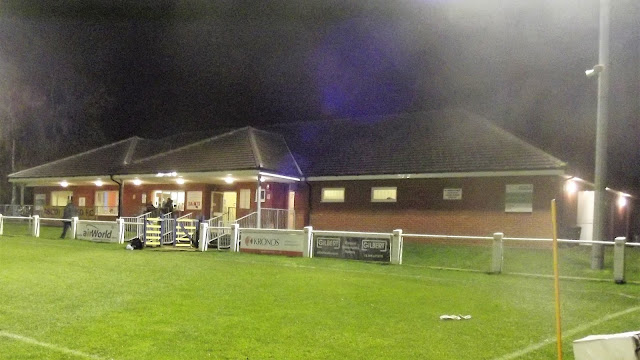 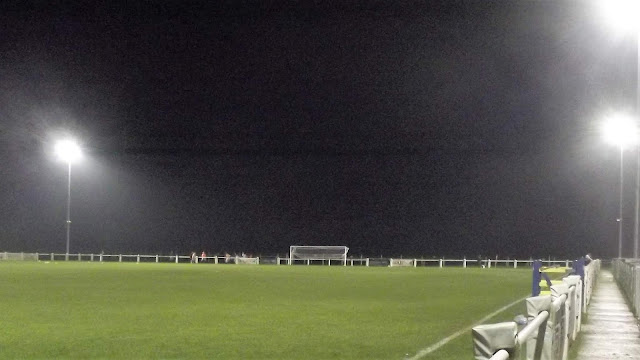 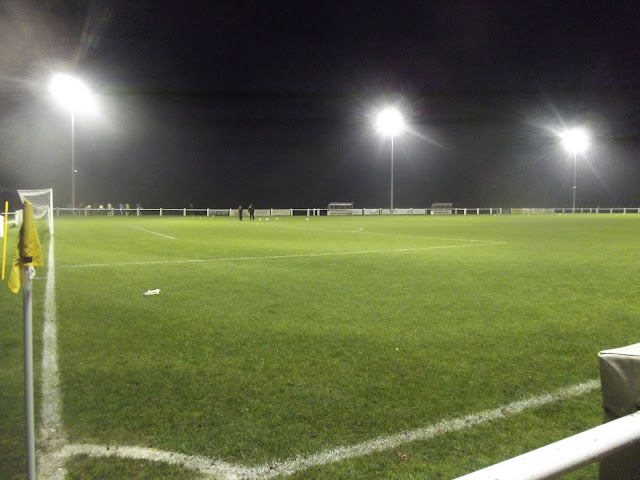 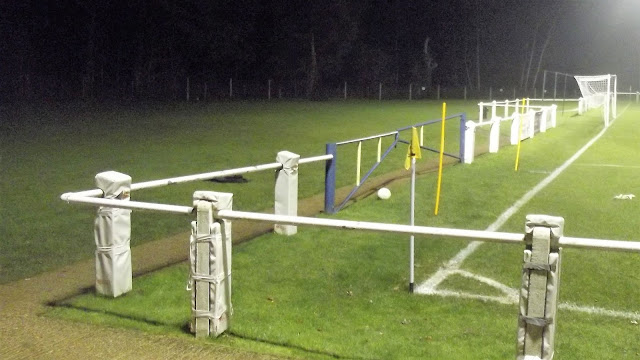