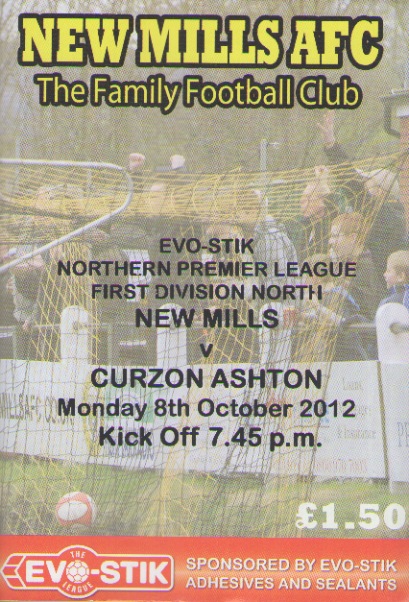 For my week off I had decided to have a few days up North, along with some football games as I had done back in March. So after looking at the best week to do it, I booked the holiday with work and also found a Travelodge Hotel in Bury for £19 a night, a really good deal and just about the cheapest I could find. I then started to make a list of matches that I could attend, changing them several times and only finalising my plans the night before I left. I was originally planning to go up at lunchtime and go straight to my first game. But after seeing that Barnsley were at home in a youth game at 1PM, I decided to go up early. I had actually been to Barnsley twice before, but the stewards were really awkward and I didn't get any pictures of the ground. Add to that the fact that my mate Nathan said he would be able to meet me if only briefly, I decided to take the plunge. I left home at 9am, stopping for breakfast at Subway on the way and after a fairly decent journey, I was in Barnsley at 12. After stopping at ASDA for lunch, I made my way to Oakwell for the 1pm kickoff. It was a decent game and though Barnsley took the lead and dominated early on, they were made to work hard for their 3-2 win. I suddenly realised I had 2 hours to kill and so looked for a nearby town to visit. I settled on Hyde. As with High Wycombe, Hyde has a Morrisons near the town where you can park for free. After a look round the shops, where I bought a few random bits of food and drink for my time away, I made my way to New Mills. 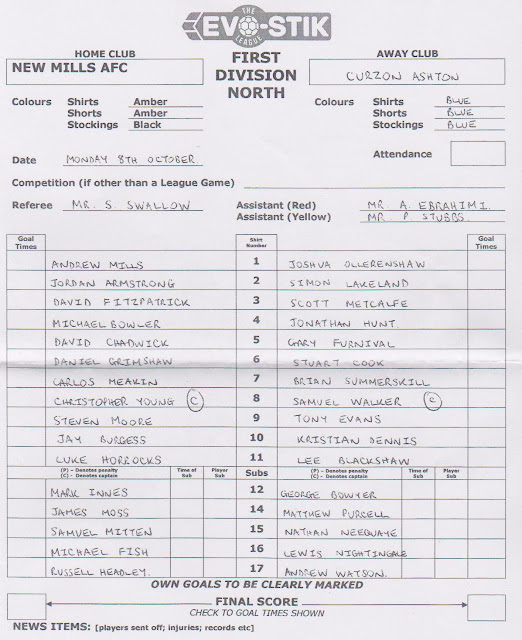 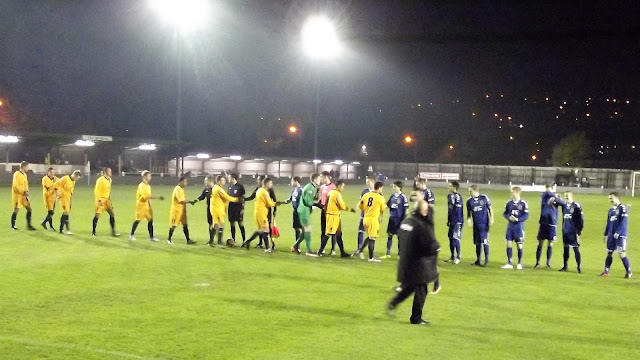 I got there at 6.50 and feeling hungry went to the local Chinese takeaway for some curry sauce and chips. After eating them in my car, I went in, paying a very reasonable £6.50 to get in, plus £1.50. I had arranged to meet my mate Aaron in the ground. He is the son of current Curzon Ashton manager John Flanagan, his team were providing the opposition tonight. With both teams doing well in the league, it was expected to be a tight game and so that proved to be the case. I was supporting Curzon on the night. As well as the fact that I was standing with some of their fans, the club had been really friendly when I had visited back in March and had one of the best programme shops in Football. And a good result looked on the cards as Curzon took an early lead through Sam Walker on 6 minutes. They dominated early proceedings, in fact, most of the first half. But gradually New Mills got back into it. They had a much better second half and ended up turning the game on its head, winning 2-1. The first goal came a couple of minutes after the restart through Chris Young. Their second goal, nine minutes was excellent. After the Curzon wall blocked the initial free kick, the rebound was drilled into the top corner by Dan Grimshaw for what turned out to be the winner in front of a crowd of 201.  Having seen a decent game and made some good friends, I said my goodbyes and made my way to my hotel in Bury. Thanks to my Sat Nav, I ended up about 4 miles from where I needed to be. Eventually, though, I got to where I needed to be just after 11pm. After a couple of cans of cider, I got into bed and watched some episodes of Dream Team, the old Sky football drama, before going to sleep. 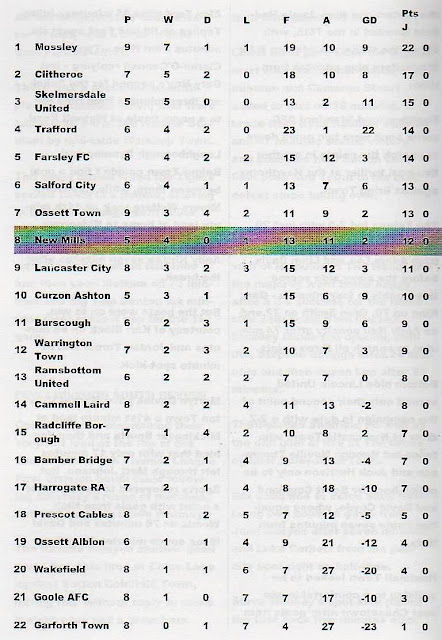 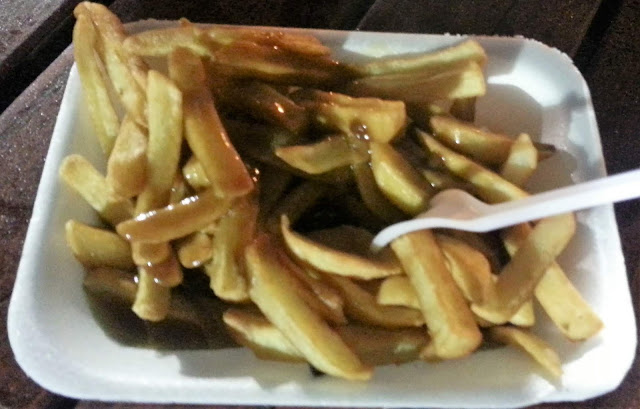 THE GROUND
CHURCH LANE is a fairly basic ground, even for this level. But it more than does the job for the crowds that they get. I'd imagine that there is some great scenery to be seen from the ground, but as it was dark, I couldn't tell for sure. Only one side is covered, that being a combination of seating and standing and the rest of the ground is all open. There is a good bar with big screen TV's and Sky Sports, but nothing really special on the cider front. The chips that I had from the tea bar were pretty mediocre, but you can't really complain for a quid and all the other food is keenly priced. There was no club shop that I noticed either, though they do sell stuff on their website and presumably somewhere on matchdays. The programme was well worth £1.50, it apologised for a reduced size issue on the front page, but there was still plenty to read, including "The Rock And Goal Years", looking back at a certain season and featuring New Mills FC, football as a whole and the music of the day, 1971/72 on this occasion. 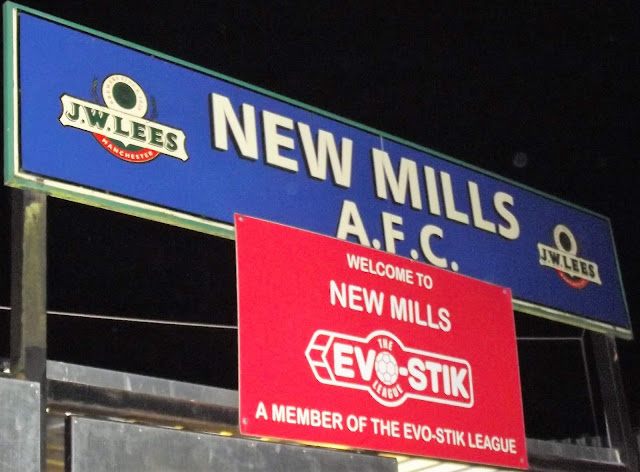 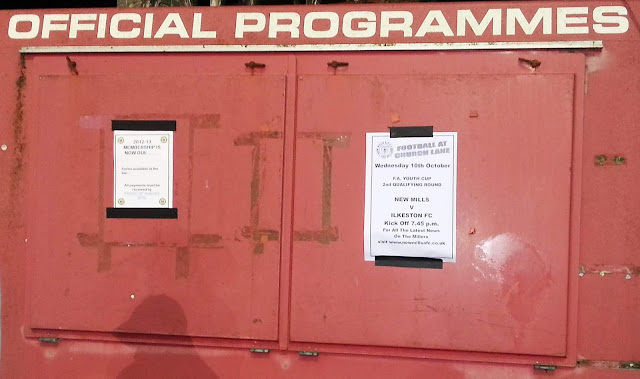 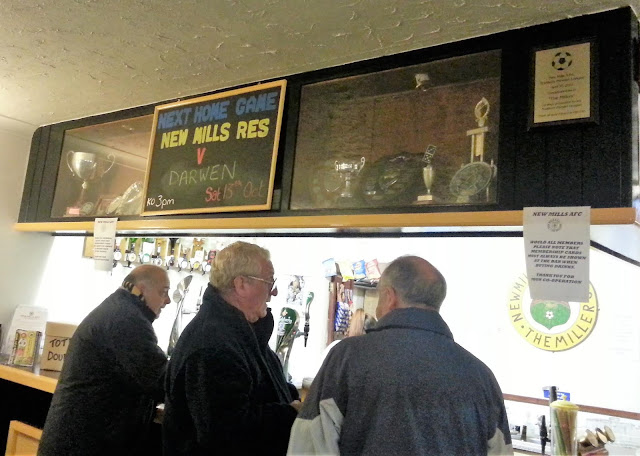 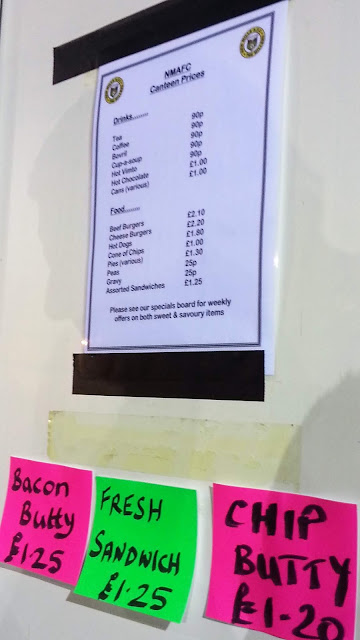 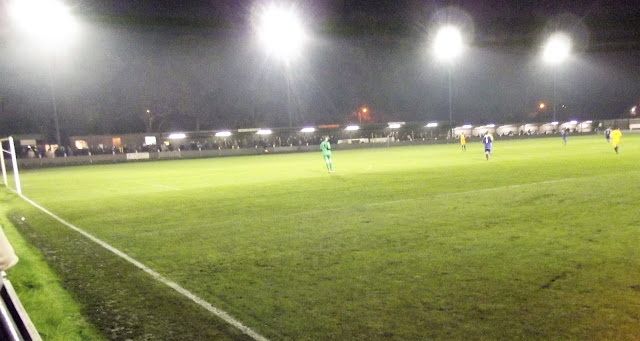 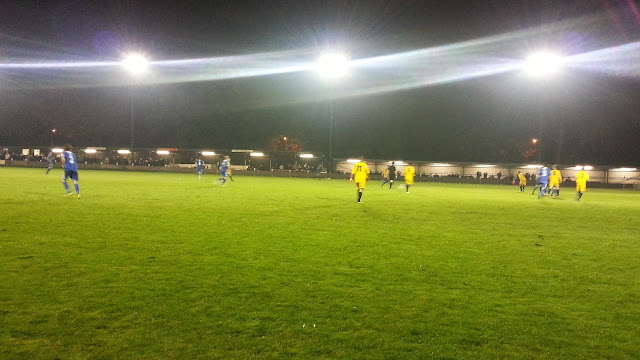 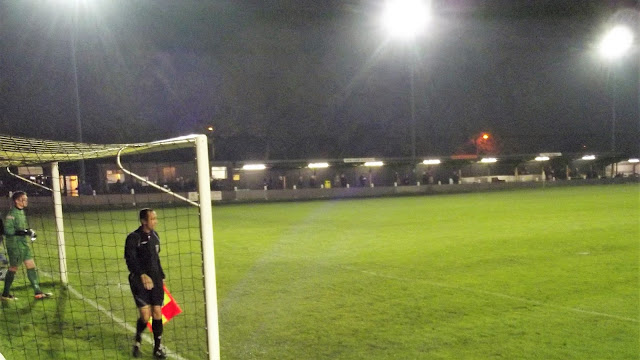 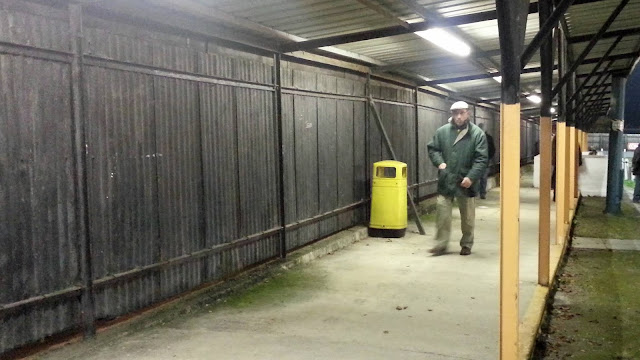 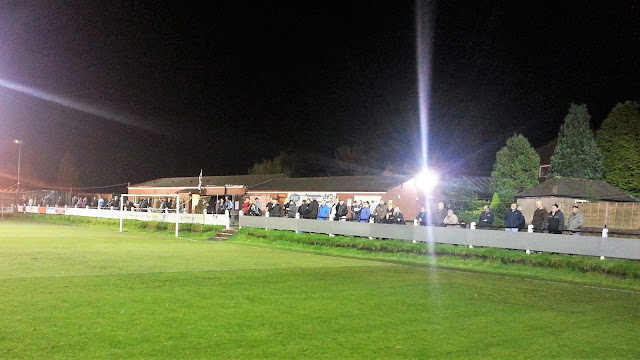 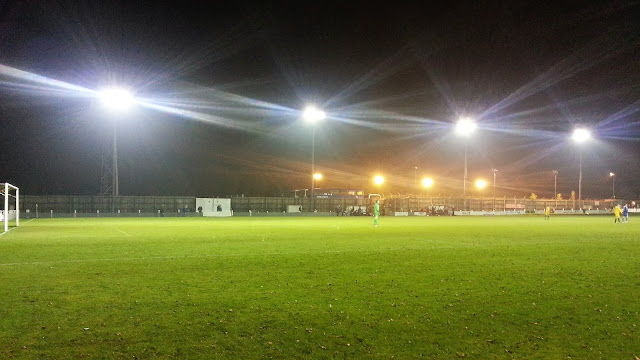 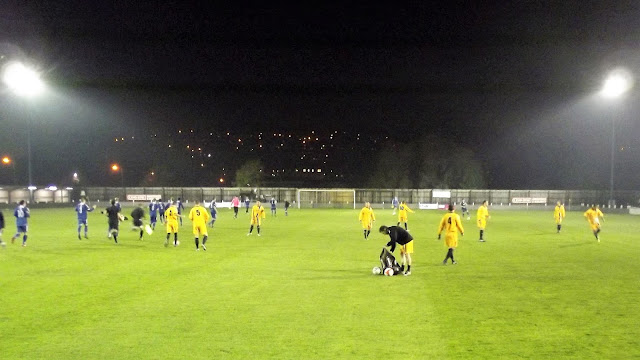 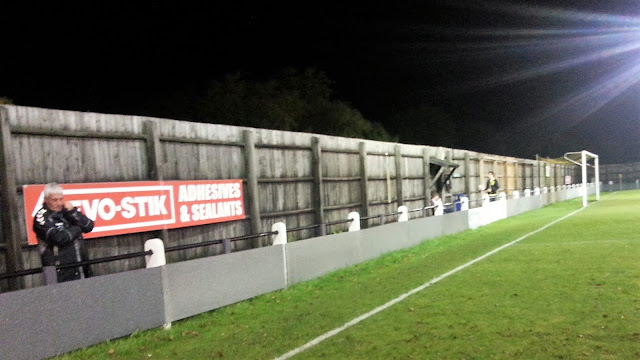