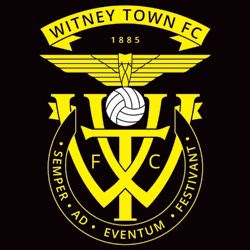 Witney, of course, is the home constituency of prime minister David Cameron, but let's not hold that against them! They currently play in the Hellenic League, despite having a ground worthy of a higher level. They were reformed as Witney United in 2001, following the demise of the former Witney Town, but have recently reverted back to their original name. They have been trying to get into the Southern League since their formation 11 years ago and have had some good seasons. But last year, they only just avoided relegation by way of a reprieve, due to Henley Town's demise. 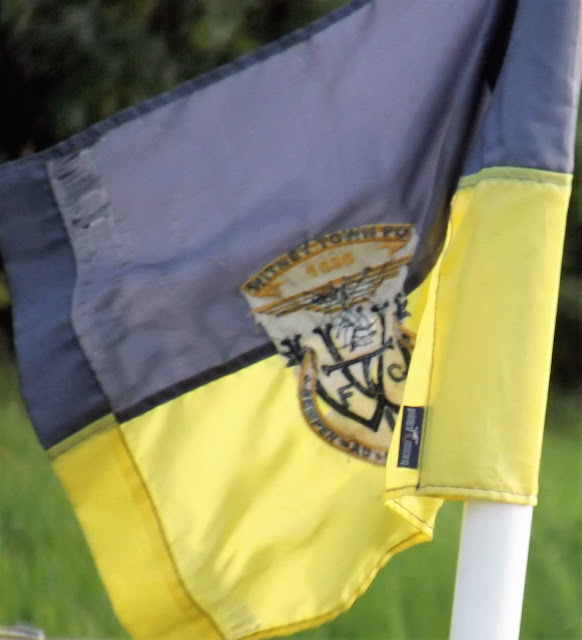 After a break of a day without a game, I was back on the road again, this time to travel to Oxfordshire to see Witney Town v Swindon Supermarine. I had not intended to do this many games so quick, for one thing, it was costing me a bit, but I had already given my Supermarine supporting mate Sean, my word that I would go. And I am not the sort of person to let people down. He does a lot for his club, doing a lot of voluntary work on matchdays and going to most games. Commendable when it would be so much easier to be an armchair fan or support the town's League team, but like me, he appreciates the community spirit and friendliness that the non-league game brings. On the day I set off at about 6PM, as Google Maps said it would take 1 Hour 20 minutes to get there taking into account the traffic at the time. It was a nice hassle free journey and I arrived just after 7. After taking some pictures of the ground, I met up with Sean, who remained pretty quiet through the night as he was taking stock of the new squad. And there was no chips and no decent cider on in the bar, the night didn't start promisingly as the club shop was also closed at this time. And there were no teamsheets or programmes, so I didn't have a clue who was playing. 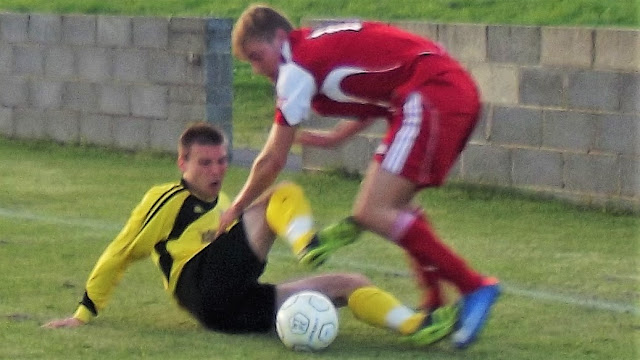 So after a one-sided first half which Supermarine bossed and lead 3-0 at the interval. The club shop was also opened, the reason for its late opening was that the bloke who was on the turnstile was also running the shop! There was a massive amount of programmes, a bewildering choice, so I could only check for a few that I wanted, which weren't there. But I did pick up an old scarf for 20p - they were supposed to be £1 as they were old stock, but as I only had £10.20, and he had no change, the bloke let me have it for 20p - bargain! And in the second half I got chatting to some Supermarine fans who were pleased to see someone in a Wycombe shirt lending their support to the cause. One lady even had relatives who supported Wycombe. And even better, she was a great cook and offered me some bread pudding and rice crispies cakes. Well, it would be rude to turn it down, and everything was delicious. It looked like she bakes for the entire Supermarine support! I also met some other great fans. In the end, I was pleased that they won 4-1. Both clubs were really fantastic, and I wish them well in the upcoming season. Another hassle free journey home, and after picking up a couple of bottles of cider at Sainsbury's, I was back home by 10.40. 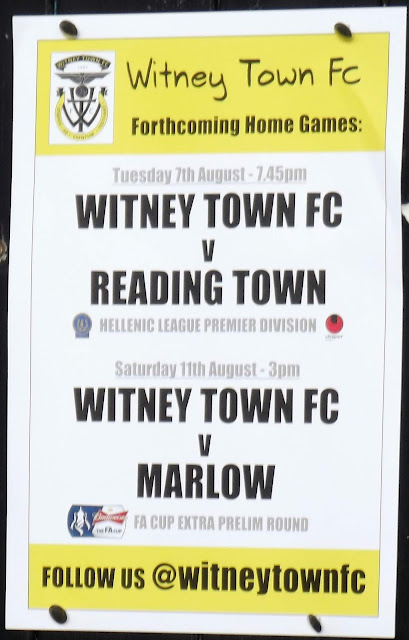 WITNEY COMMUNITY STADIUM is a smart and modern ground that would be good for many levels higher, I would imagine. The main stand, seating around 250 also houses the club bar and dressing rooms. There is cover opposite and behind the goal to the left. The other side is hard standing, with a grass bank behind. The club bar is pretty basic, though is more than OK for a pint, just nowt interesting on the cider front (Kopparberg, Magners & Strongbow). And as mentioned, the club shop is excellent. I would recommend a visit to anyone who has not been, I really enjoyed my time there. 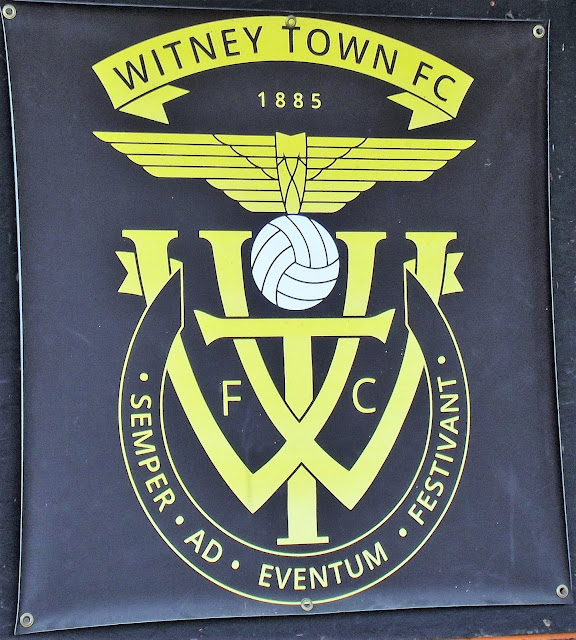 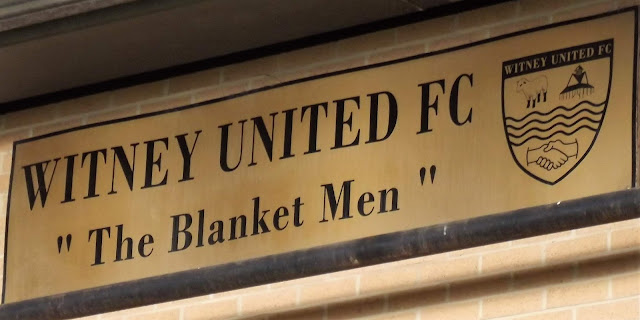 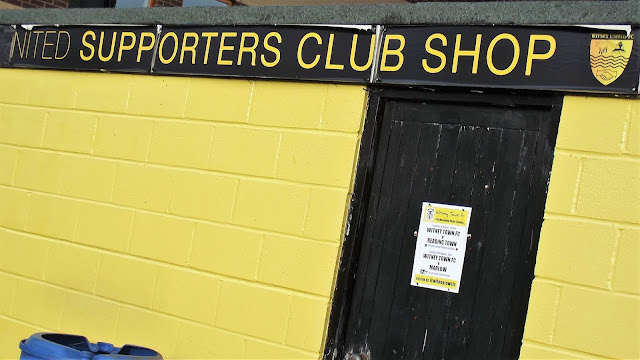 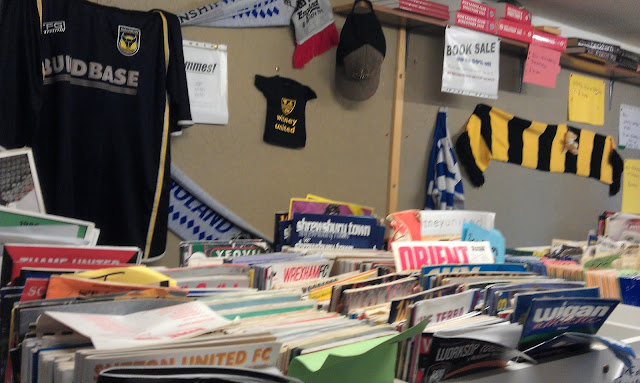 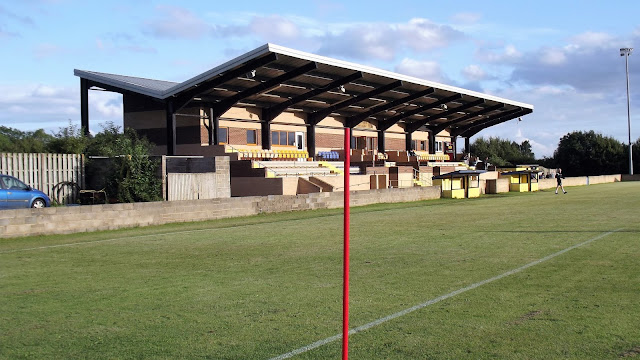 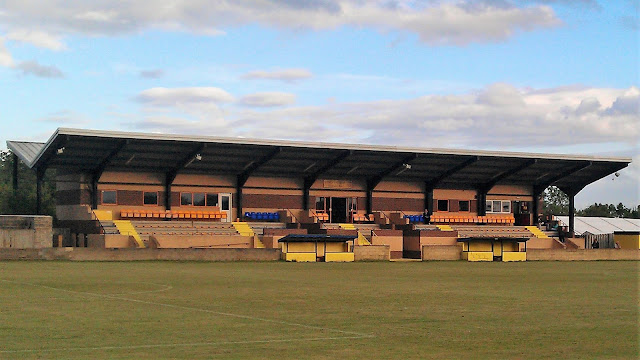 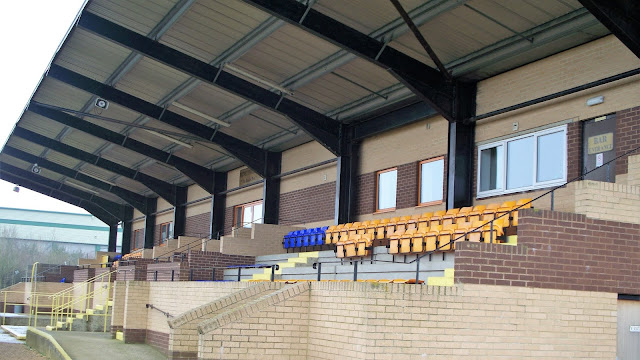 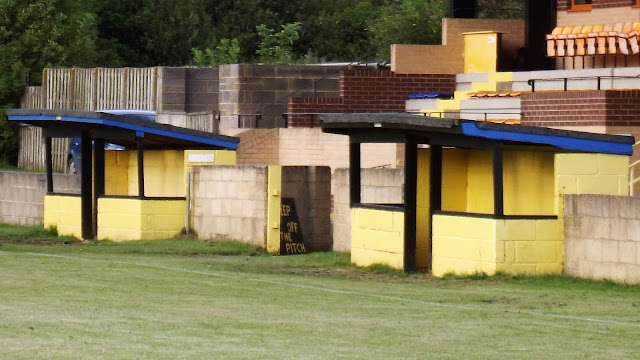 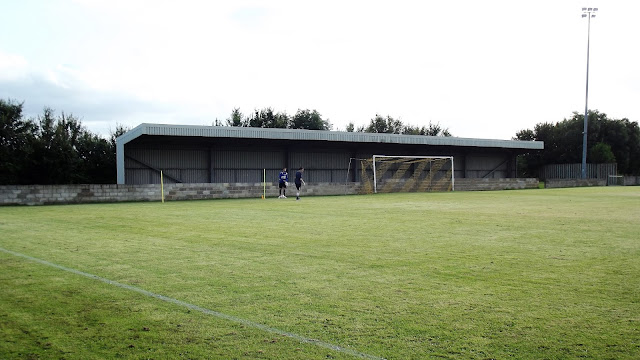 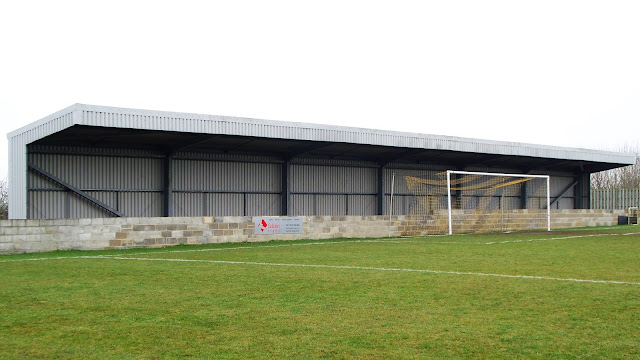 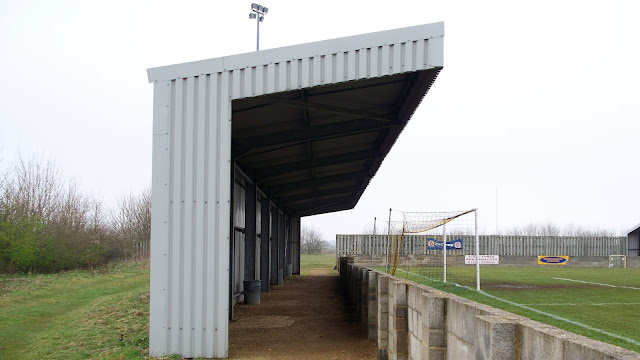 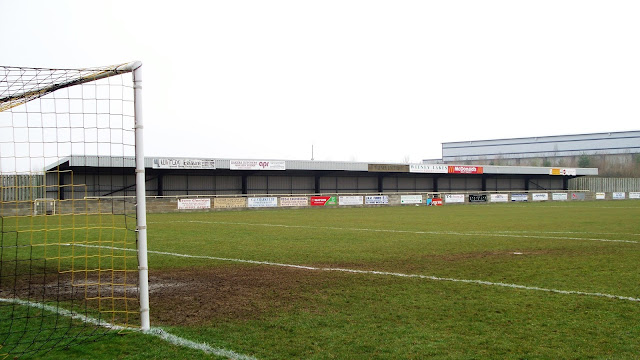 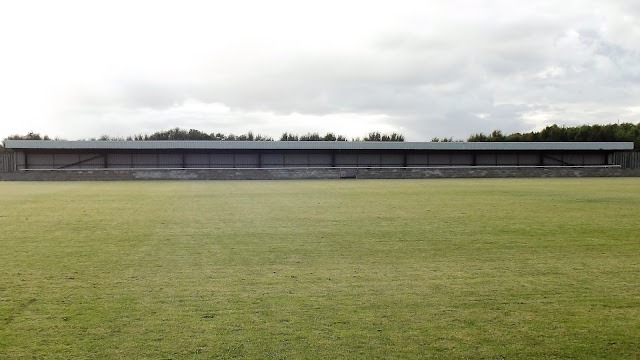 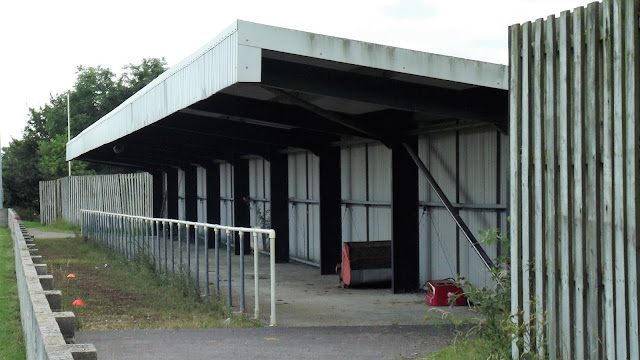 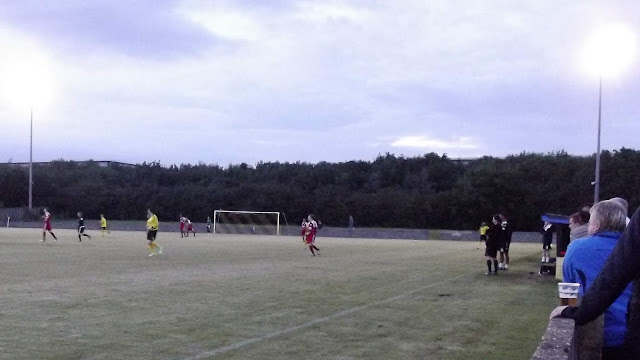 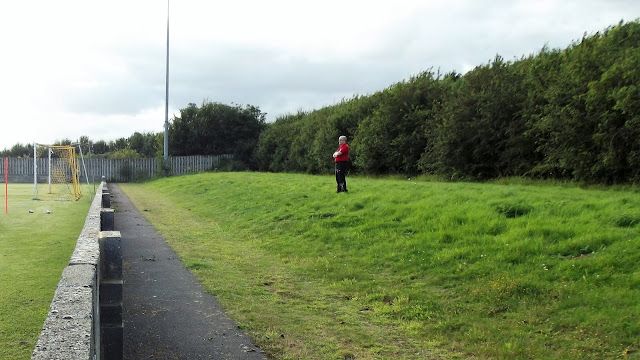