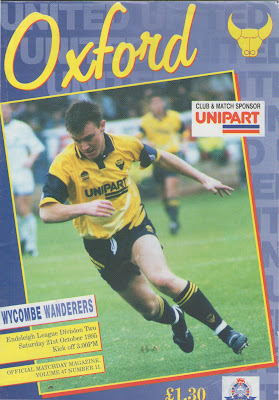 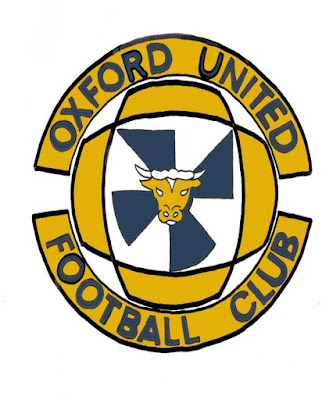 A BRIEF OXFORD UNITED HISTORY (AT THE MANOR GROUND)

The club were initially formed as Headington FC, adding the United suffix at a later date, following their merger with Headington Quarry in 1913. The original Headington club really started to make things happen in the 1950s with success in the Southern League and a run to the FA Cup 4th Round in 1954. They lost to Bolton 4-2 but having beaten football league sides Stockport County & Millwall along the way. It had been a memorable run that had begun all the way back in the 1st Qualifying Round. It was however the name change to Oxford United that catapulted the team to success as following their 3rd Southern League Championship, they were elected to the Football League in 1962, replacing the bankrupt Accrington Stanley. What followed was an epic rise through the leagues, going up to Division 3 in 1965, and Division 2 in 1968 though there was a brief spiral downwards back to Division 3 in the late 70’s. But worry not they would return to the second division in time and would even go on to grace the top flight with record 18th placed finishes in 1985 & 1986. It was during that time that a certain Alex Ferguson would take charge of Manchester United, his first match would have been one to forget as Oxford United triumphed 2-0 at the Manor Ground. Added to that they won the League Cup in 1986 beating QPR at Wembley but never got further than the FA Cup Quarter Final, losing to Preston North End back in 1964.

Czech business tycoon Robert Maxwell was the owner of the club at this point, a hero at first due to saving them from bankruptcy, but as with most of his business activities. controversy was just around the corner. Towards the end of the 1982-83 season he announced plans to merge Oxford United with Reading FC, creating a new team to be called Thames Valley Royals and to be based somewhere between the 2 locations, with Didcot mooted as a strong possibility. He had support from his Reading counterpart Frank Waller and claimed that ‘nothing short of the end of the earth’ would prevent it happening. Eventually Reading were taken over following a legal challenge over ownership of the club, and this put the plans to bed but not before mass protests by both sets of fans. The attempt to gain ownership of Reading was not his only attempt to get involved with other clubs - he’d later go on to buy Derby County, passing Oxford United onto his son, Kevin, whilst failing to gain  shares in Watford after Elton John refused to sell.

Maxwell’s purchase of Derby County was the beginning of the end for Oxford United in the top flight with them losing star striker  Dean Saunders to the Baseball Ground club. They eventually succumbed to relegation in 1988 and never looked like making it back to the top flight. Another relegation to the third tier occurred in 1994 and they would spend 2 seasons here before winning promotion back to what was then called Division 1. They were relegated again in 1999 and have not been close to returning since that day. The last season at their old ground will not hold happy memories for their fans - relegated to the Football League’s basement division after mustering just 27 points all season. 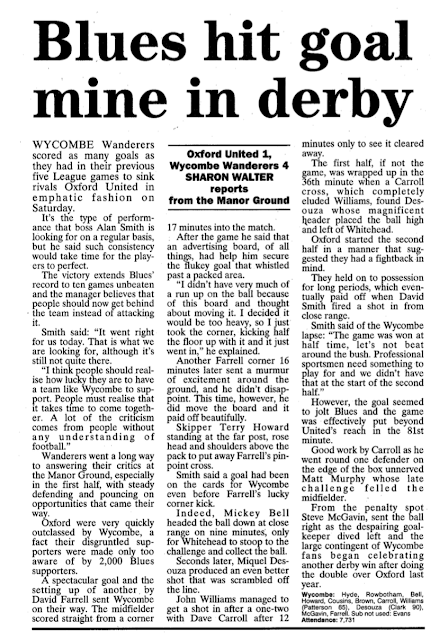 My first of several visits to the Manor Ground was in October 1995 and was without a doubt manager Alan Smith's finest hour at Wycombe Wanderers. A fantastic 4-1 victory over our local rivals was a great way to mark a first visit to Oxford's old Manor Ground. Wycombe had given their fans festive cheer the previous season as they triumphed 2-0 just after Christmas and although they were beaten 3-0 in the return game at Adams Park in April, I was hopeful of a win when we travelled there under new manager Alan Smith, the legendary Martin O'Neill having left for Norwich City the previous summer.

I travelled there on the official supporters coach and I remember taking my new radio that I'd bought at a car boot sale the previous week. I listened to the analysis as Wycombe hammered United and I'm pretty sure that the same people that commentated on that game still do so today. That wonderful sunny afternoon saw goals from Miquel DeSouza, Terry Howard, Steve McGavin and Dave Farrell (direct from a corner) as Wycombe produced one of their performances of the season. A match report from the game is above.

My second visit to the Manor Ground was my first working there as I earned myself £20 for working on the turnstiles on the away end. The game was not a lot to write home about as we played a tense 0-0 draw, this time a mid-table clash under manager Lawrie Sanchez who had guided us to safety the previous season after we looked doomed when he had joined in February.

10 days after my second visit, I was back at the Manor Ground to work, this time as a steward. Wycombe played out a 1-1 draw up at West Brom that night and had it been now, I'd have been there as I'd not visited the Hawthorns at the time. However at the time I was not earning a lot of money, only £3.50 an hour and I had to pay tax on that as well. It turned out excellent financially for me as well, as a cock-up meant that I earned the supervisors rate of £43 which was good money at the equivalent to having work a couple of days in my local shop.

The work was a piece of cake too with me having to do very little, telling the Everton fans where to sit in the first half then standing on the edge of the pitch getting a couple of touches in the second. The game was good, I'd seen Oxford draw 1-1 with Chelsea on Sky the previous year with the gangly Kevin Francis causing havoc in the Blues defence. This time out Oxford produced another fine performance with Murphy getting their goal on the quarter hour, and Danny Cadimateri equalising for Everton shortly after. Back in those days the early rounds of the League cup had 2 legs and Oxford completed a remarkable victory by triumphing 1-0 at Goodison Park the following week, 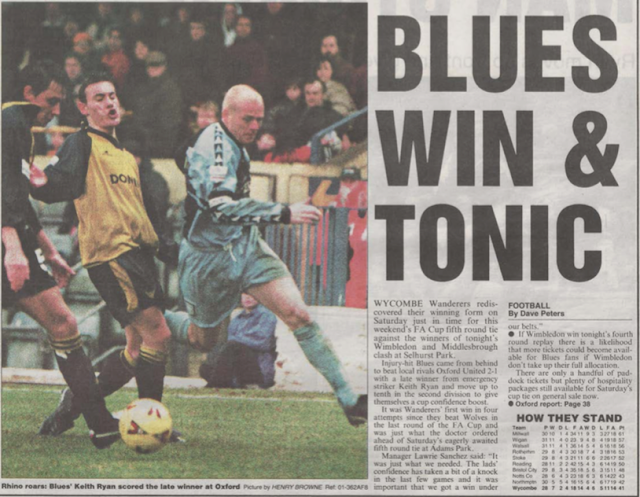 This game came in the midst of Wycombe's amazing run to the FA Cup semi-final and was around the time of the 5th Round. Wycombe were still going well in the league at the time and sat just above mid table with Oxford in the bottom half, so a trip to the Manor Ground was not viewed with much trepidation. I think I worked there again, but ny now money was not so much of an issue as I had a better job. In any case Wycombe came from behind to win 2-1 with makeshift striker Keith Ryan grabbing the winner. It was this injury crisis that would lead to us signing cult hero Roy Essandoh a couple of weeks later, and the rest as they say, is history. 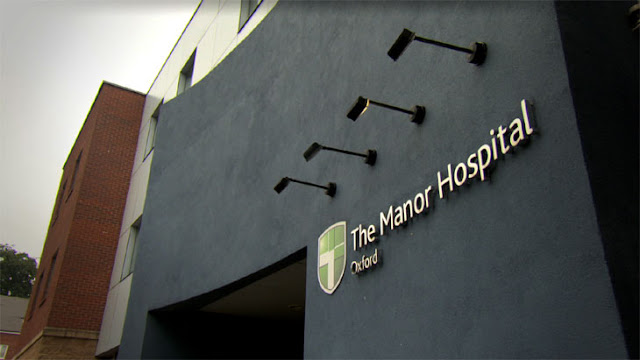 THE MANOR GROUND was a quirky venue but I don't have strong memories of it. Visiting supporters always got the uncovered terrace behind the goal, which was known as the Cuckoo Lane End. Directly behind it was part of the John Radcliffe Hospital. To the right of this was the away fans seating, a tiny seated stand in the corner. Then along the side was probably their biggest seated area, which stretched almost the entire length of the pitch. Opposite was the London Road End, which was a covered terrace. The other side, the Ostler Road stand(s) was a combination of 3 stands, 2 small and one larger which were obviously built as and when finances allowed. I didn't take any pictures of the ground myself, but have obtained a couple from Flickr, which I have posted below for reference.

The ground is now a part of the privately run Manor Hospital which is directly adjacent to the John Radcliffe Hospital. Near the ground was a decent selection of pubs, takeaways and other shops, though it was too long ago for me to remember. 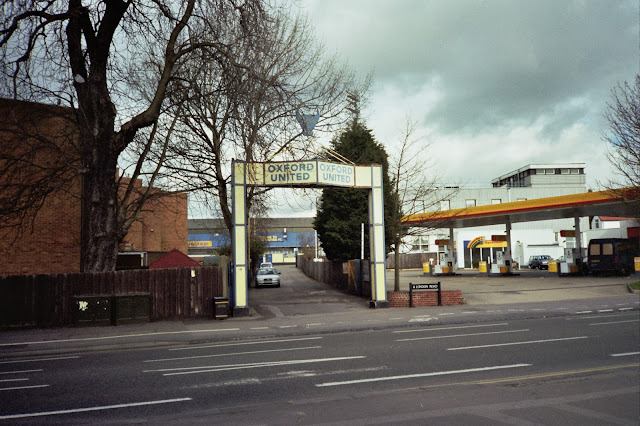 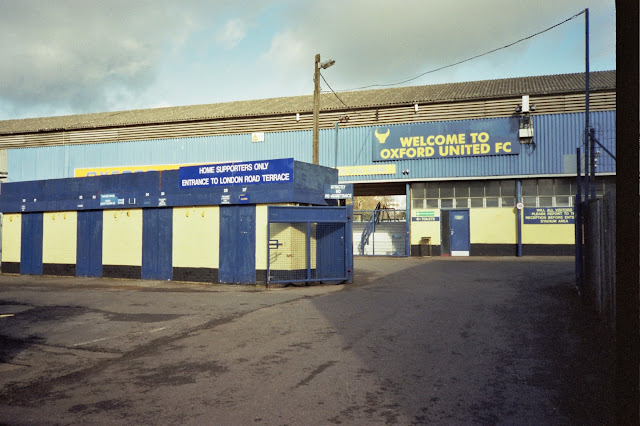 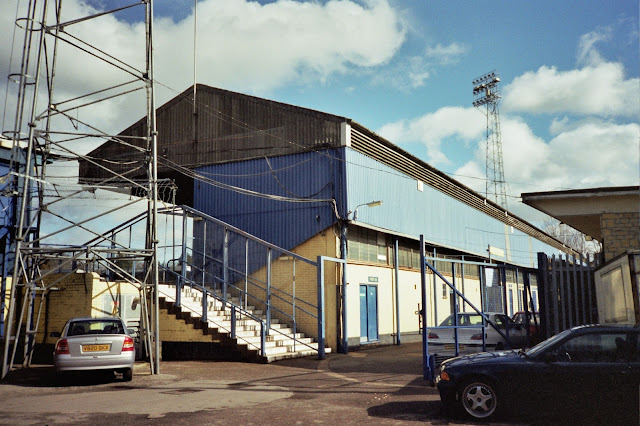 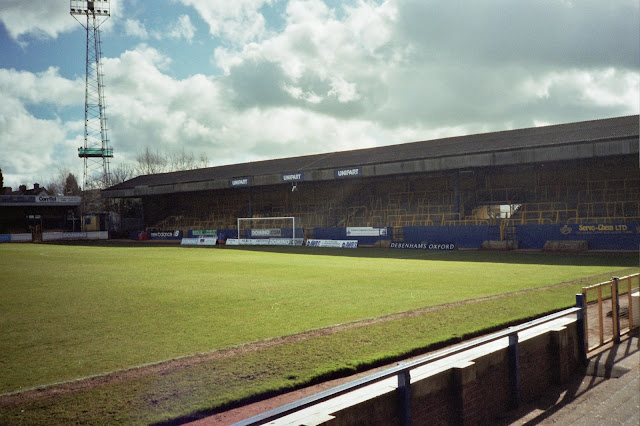 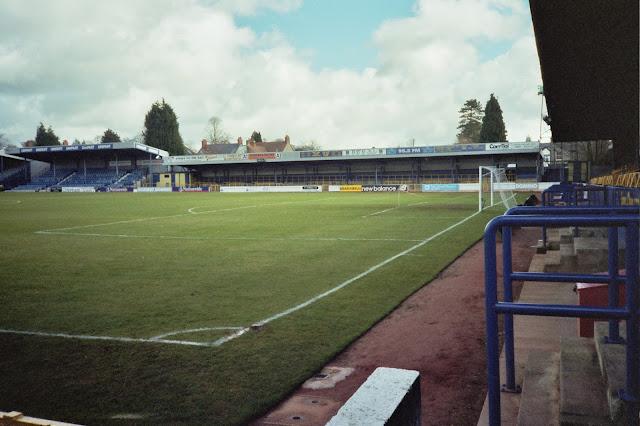 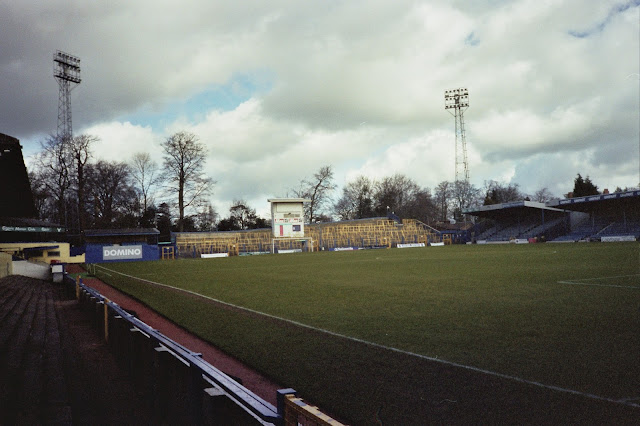 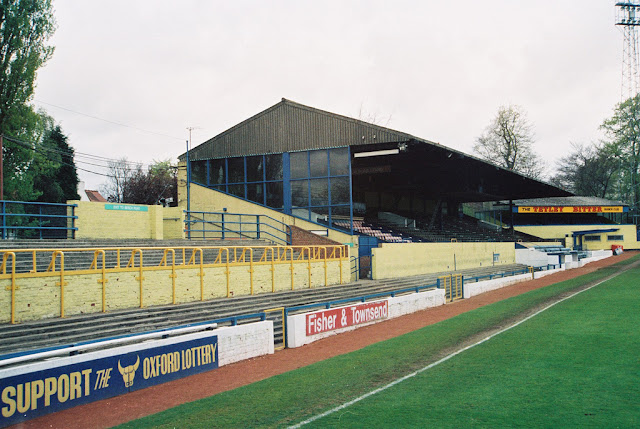 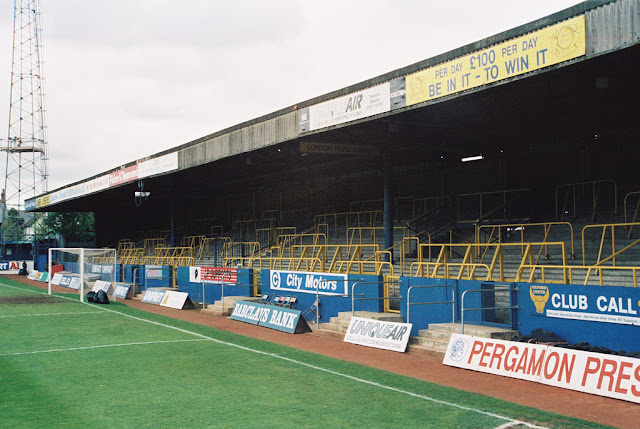