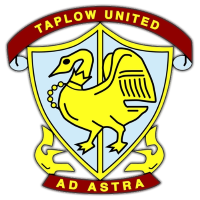 The club was established in 1923 and was initially known as Old Paludians, having been formed by former pupils of Slough secondary school. The name 'Paludian' comes from the Latin word for slough or swamp. They kept the name right up until 1998 before changing to their present name. There's not a lot of information about the club's early years online but they moved to their present home in 1955 having previously been based at various locations including Lascelles Road, not far from Slough town centre and still used as playing fields to this day. In 1994, they joined the Chiltonian League and a 5th place finish in Division 1 was good enough for promotion to the Premier Division in their debut season. Taplow United left the league in 2000 after a bottom-placed finish, shortly before it was swallowed up by the Hellenic League. After playing in the East Berkshire League, they'd re-emerge in the Reading League in 2004, spending two seasons in Division 1 before a 7th place finish was good enough for a promotion to the Premier Division.  Another couple of seasons were spent here and in 2008 a 4th place finish was good enough for promotion to the Senior Division. Taplow spent ten unremarkable seasons here with a best finish of 6th in 2014, albeit the league changed name to the Thames Valley Premier League from 2014 onwards. After a bottom-place finish in 2018, Taplow joined the Hellenic D2 East where they finished 11th before being moved to Divison 2 South. Last season was abandoned of course and it was another 11th place finish at the time of cancellation and for the coming season, Taplow United have been moved back to Division 2 East.

The club has never entered the FA Cup or FA Vase but they've won a few local trophies including the Slough Town Cup in 1995 and the BTC Intermediate Cup. The village of Taplow has a population of just under 1,700. Though it is well known for it's 'giant car boot sale' which is held in a large field off the Bath Road, it's one of the most prosperous areas in the country and has been home to such stars as Dusty Springfield and Terry Wogan.

Research from Wikipedia, FCHD, Taplow United website (via Internet Wayback Machine) & Football, Wherever it may be. 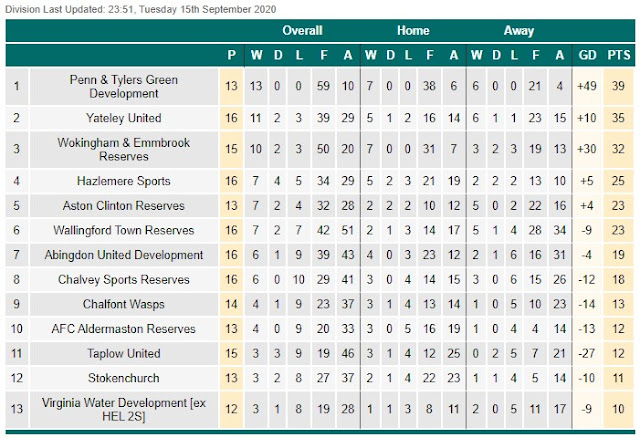 MY VISIT
Taplow United had been on my 'to-do' list for a while, what with it being fairly close to home. It was a fairly basic setup but was worth doing as it was nice and local. The only issue was, that the club, or to be more precise, the club's Twitter person made visiting as difficult as possible by blocking pretty much every groundhopper on Twitter for whatever reason. It certainly didn't help them attract fans with just 5 people turning up at one game - the vast majority of them hoppers. Therefore, with no reliable way to keep up to date with news on the game, I'd given them the swerve for ages. However, the ideal circumstances arrived one Saturday with Wycombe having a live game on Sky with a 12:30 kick-off. The behind closed doors situation was still continuing and so the plan was to watch it at home and then drive to the game. I'd have to stay sober of course, not ideal when watching Wycombe had driven me to drink a fair few times. Thankfully, Woodley United had a pretty decent Twitter and the Taplow United website was pretty decent for a level where the clubs are more geared towards the playing than towards having spectators. Since my few days down in Devon, I'd been to a couple of revisits - on Thursday seeing Holmer Green win 1-0 at Aylesbury Vale Dynamos and on Friday, revisiting Slough Town to see Chalvey Sports triumph 4-0 over Stokenchurch. The morning of the game came and I wasn't in an especially energetic mood. I walked down the shops and got a paper before coming back and watching the Wycombe v Swansea game on Sky. We were overwhelmed in the first half with Swansea taking a 2-0 lead and looking a cut above. Wycombe improved in the second half and gave a good account of themselves, albeit without giving the visitors any real problems. I left home at 2.15, a few minutes before the Wycombe game ended. I was at the ground by 2.45 and upon entry was asked for my details and given a temperature check by the friendly man on the gate.

Taplow United had not played any competitive games yet but the two friendlies that I'd seen coverage of had seen them lose 3-0 to Chalvey Sports and 9-1 to Hungerford Town Swifts. Woodley United had been in mixed form in the Hellenic D1 East (a step above Taplow). They'd beaten AFC Aldermaston 4-1 but had lost 4-2 to and 5-1 at Abingdon United.  The game kicked off twenty minutes late for some reason and although Taplow saw plenty of the ball early on, Woodley took the lead on 3 minutes when Kalum Patrick finished into the bottom left-hand corner after a good run into the area. The hosts were by no means out of the game though and on 12 minutes, a good move finished with Ben Harvey shooting narrowly over. On 19 minutes, they were level, a ball was put across the face of goal but no one connected. However, the referee had spotted a push, awarded a penalty and Jordan Jawandha did the honours from the spot. The wind was really whipping up now, making conditions really chilly and it seemed to have gone from July to November in less than a week. Around the half-hour mark, Woodley had a couple of free-kicks, both fired narrowly over. On 38 minutes, Taplow were awarded a corner, however, it came to nothing and after a quick break, the Woodley #10 fired narrowly over. A few minutes later the visitors did retake the lead thanks to a shot on the turn by Ben Anderson. Taplow could have got an equaliser shortly before half time, forcing the visiting keeper into a save from close range, but the shot lacked any real power. The hosts had given a decent account of themselves in the first half, but the second period was dominated by the visitors. They had a shot cleared off the line on 51 minutes and continued to have the lions share of possession without really testing the keeper. They finally made it count on 75 minutes when Anderson got his second after a good run and shot from close range. Taplow bought on Charlie Hill, a man neither in the peak of fitness nor with age on his side. However, as with so many at this level, he had a decent amount of skill and something about him. Despite some nice touches, he was unable to change the direction of the game and Woodley sealed the win on 81 minuted when Ed Thomas squared the ball to Tom Shone who side-footed home from a few yards out. There were accusations of offside and then arguments amongst themselves from the Taplow team, but they'd been well beaten in the end. Ben Anderson completed the rout and his hat trick with a low drive around four minutes from time and there could even have been a sixth but it was ruled out for offside.

Equaliser for the hosts from the penalty spot on 19 minutes. pic.twitter.com/TaixdipbYh

The attendance numbered 23 on a bitter day, though I'd enjoyed the data at a decent club. The behaviour of the person who runs their Twitter remains a mystery, especially as it is well updated. It was after 5.10 by the time I left and I whacked the heaters on to warm up on the way home, getting back within half an hour,l The evening would be spent catching up, writing this blog, taking part in a virtual pub quiz and watching Match Of The Day. I still have a few days of my time off work left, but with 10 games in the last nine days, I'll be giving it a rest until Tuesday when I visit Crowborough Athletic v Chatham Town. 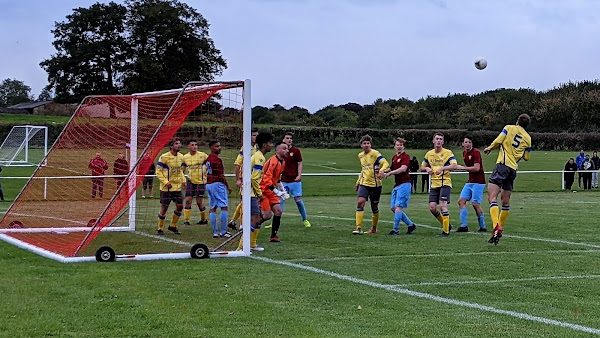 THE GROUND
The Stanley Jones Memorial Field is a decent setup, though not bad for step 7. The pitch is railed on three sides with the far end closed off to spectators. Cold and hot drinks are available at the club as are snacks, whilst close by are a Miller and Carter steakhouse and a Shell garage. 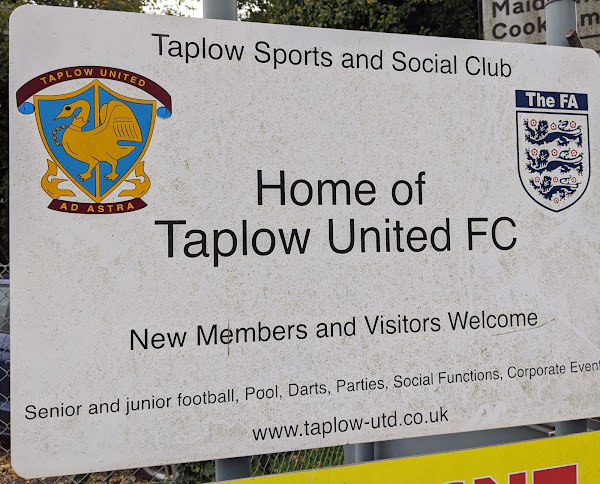 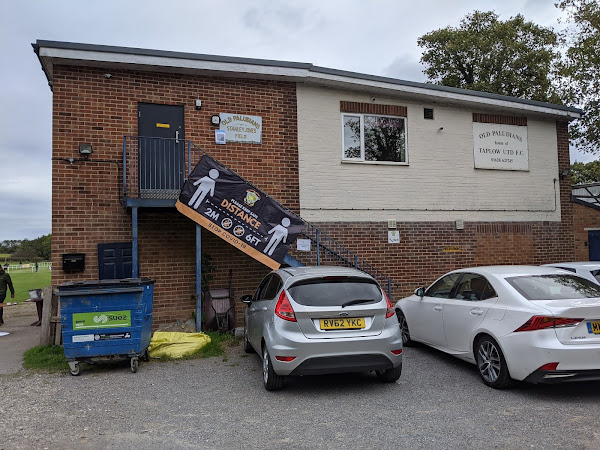 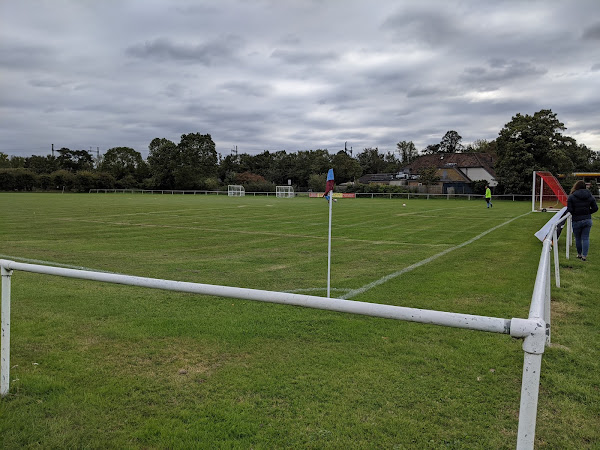 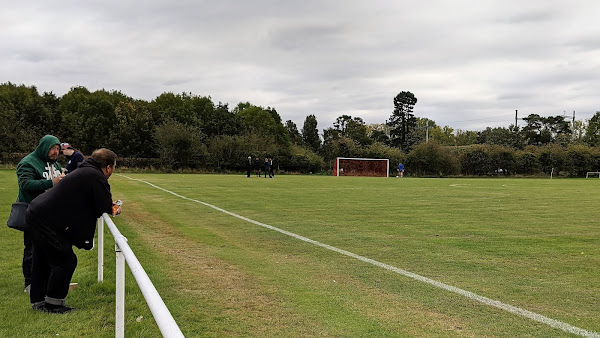 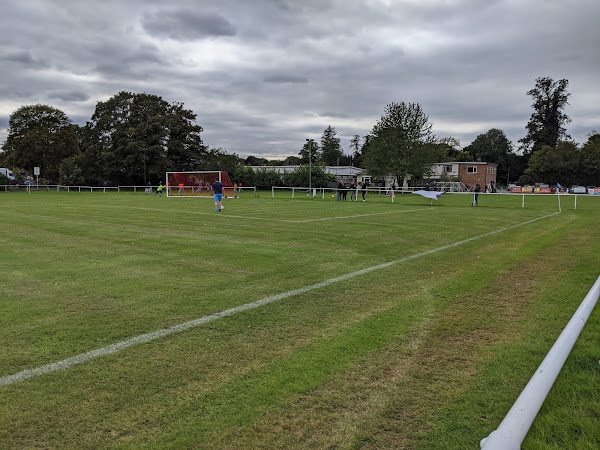 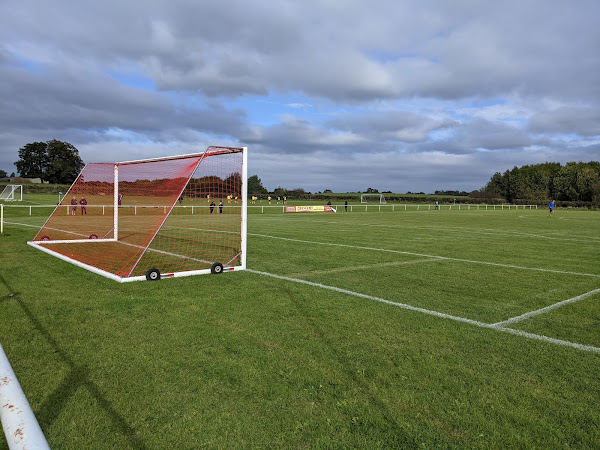